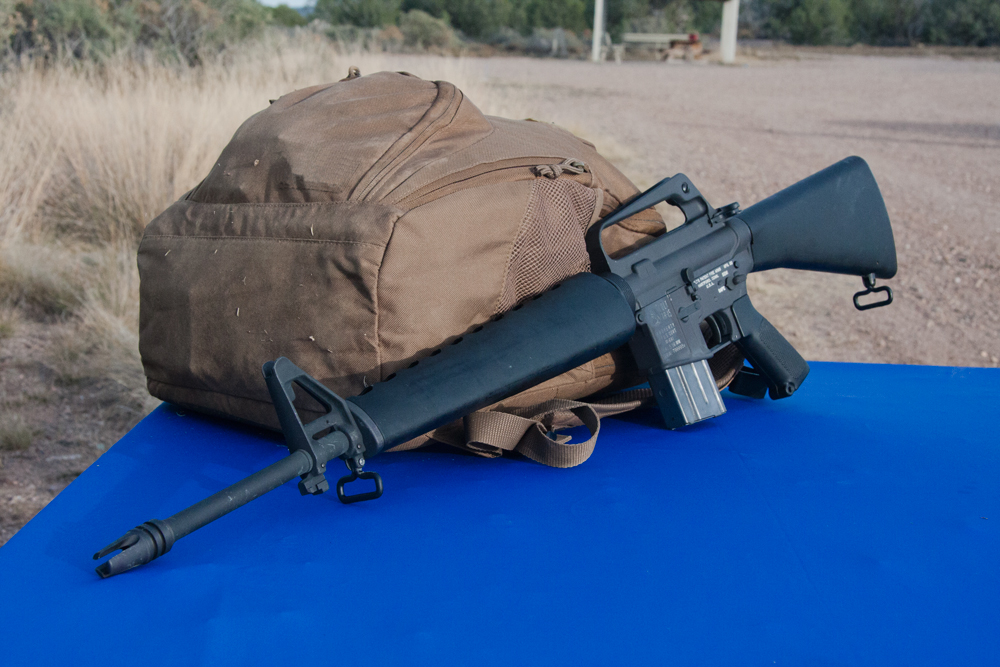 The classic M16A1 was the iconic rifle of the Vietnam War. It was issued to the vast majority of U.S. soldiers during the conflict, and it's general success in combat led to its continued service in the U.S. armed forces in varied forms over the years. And of course it wasn't too long before the M16's popularity translated to the civilian market as well.

While there are a ton of AR-15 style rifles available today, faithful recreations of the original military-issue M16A1 are a little harder to find. This can be especially disappointing for collectors looking for a semi-auto replica of this classic and historical rifle. Luckily, earlier this summer at the 2016 NRA Annual Meetings and Exhibits in Louisville, Kentucky, Colt teased the release of a reproduction, semi-auto-only M16A1 that faithfully replicates the look and features of the original, Vietnam-era rifle. The new rifle, which Colt has dubbed the M16A1 Reissue, is a virtual match to the classic design, featuring the same unique triangular handguard, 20-inch pencil-profile chrome-lined barrel with a 1:12-inch twist, and recognizable carrying handle.

Although I wasn't in attendance at the event in Louisville, I did get a chance to get some shooting time with the new Colt M16A1 Reissue at Colt's recent Media Day event at the historic Gunsite Academy in Paulden, Arizona. It was a great opportunity to learn more about the M16A1 Reissue from the Colt team and to put some rounds through it at the range.

In addition to the traditional M16A1 features mentioned earlier, the new Colt M16A1 Reissue utilizes the same three-pronged flash hider built to the original specifications. It also comes equipped with the teardrop forward assist typically found on the M16A1. As with the original rifle, there is no brass deflector either. Going even further to ensure a historically accurate reproduction, Colt has also decided to place U.S. Government property markings on the gun identical to those found on the original. These can be clearly seen on the side of the receiver and should be something that serious collectors are sure to appreciate.

If that wasn't enough, Colt also included an “Auto” marking on the safety selector. Unfortunately, this is there purely for show and historical accuracy, as this rifle is semi-auto only. Receivers are standard 7075-T6 aluminum and are hardcoat anodized, and the rifle features the same A1-style buttstock and grip as the original issue rifle. And sights are the standard fixed A1 style.

The trigger is a standard single stage affair, which seemed to break plenty well when I engaged the steel targets Colt had set up at about 50 yards. The M16A1 Reissue's light, 6.37-pound weight made it easy to shoot and transition between the different targets. And it was generally just kind of fun to feel like you were shooting a piece of history, even if it was more or less a brand new rifle. The new Colt M16A1 Reissue will be a limited release item that should be available in the early part of 2017. The reproduction rifle will have a listed MSRP of $2,499. This might seem a little high to some, but it is a faithful reproduction and a limited release, collector's item. The gun will ship with a traditional 20-round USGI magazine, as well as a manual and cable lock.

For more information on the new Colt M16A1 Reissue, visit the Colt website and check out rifle's full specifications below.