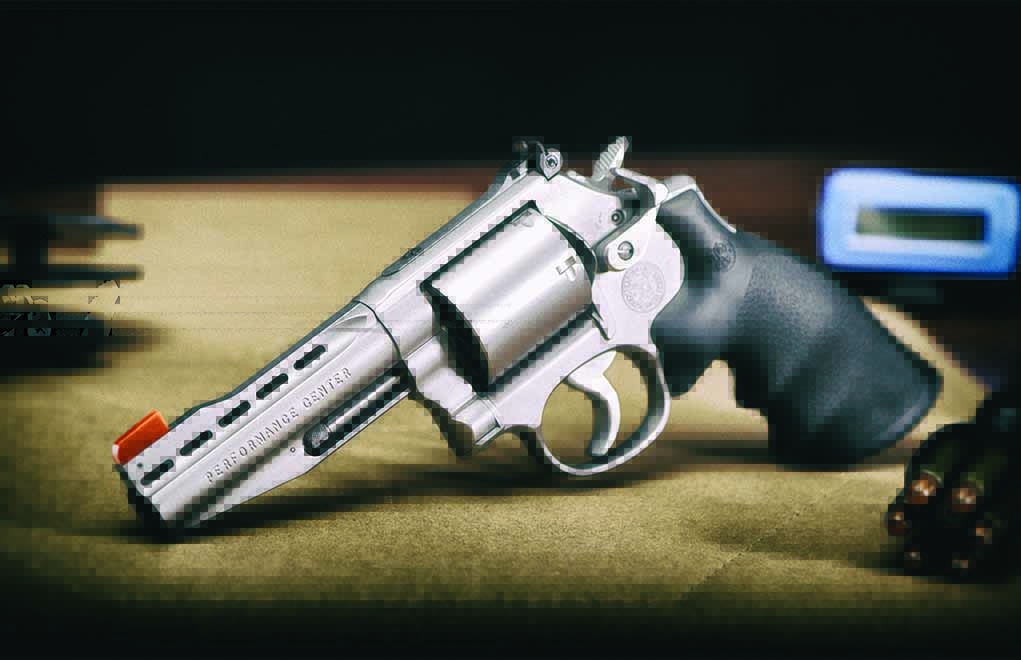 Given one is less expensive than custom work by a gunsmith and has better price retention, a Smith & Wesson Performance Center gun is worth every penny.

Why a Performance Center Is Worth The Investment:

My editor asked me, “Is the Performance Center upcharge worth it?” My reaction was “Well, yeah.”

So, I had to break the gun writer’s oath and actually do some real thinking and work. Just kidding, just kidding!

Let’s put this in terms of something a lot of you will be familiar with: house upgrades.

You’ll be told by contractors that upgrades are good. They increase the value of your home and make it more livable. Well, yes and no. Some are good, others are not so much.

Let’s say you’re tired of the decades-old color scheme on the walls. You decide to have them washed and painted. You add onto that by having the hardwood floors sanded, stained and sealed. Add some new draperies, and voilà, you have a new place to live—and at not a lot of cost. That was worth it; so much worth it that I know of realtors who do it. If a house lags in the selling effort, once the owners have moved to their new digs, the realtor will move in, do all that, along with a few other things, and it will sell in a jiffy. It just needed a few upgrades.

How about something that won’t do that? Say, gut the spare bedroom and install a hot tub? Yikes! All-new kitchen counters and cabinets? No way. You aren’t going to get back the money you invested in those anytime soon.

Some firearms mods fall into similar categories. Let me explain.

If you just have to have a new 14-inch barrel installed on your favorite hunting revolver, do so with the knowledge that you won’t ever be able to sell it (unless you keep the old barrel to re-install). Get it polished and re-blued? When it comes time to sell, you might as well have just pulled that money out of your wallet and burned it. No one cares, and no one will pay extra for the blueing you paid for. That’s just life.

Let’s use two S&W revolvers as an example. I’ll go with the .357 Magnum 686. This model has been around for more than 30 years, and there are plenty of them out there. You’d be hard pressed to wear one out shooting it with normal loads. And you can find pistolsmiths capable of working on it in just about every locale where you are allowed to own it (good luck finding a pistolsmith of any kind in New York or downtown L.A.!).

With its 4-inch barrel, stainless steel, six shots (although there’s a seven-shot version available as well), it’s the modern exemplar of the mid-sized revolver: It’s big enough to hunt with and compact enough to use as a carry gun.

The basic 686 has an MSRP of $829. It offers stainless steel, rubber grips, a red ramp front sight, adjustable rear and very nice trigger. If that’s what you want, you can go to that pistolsmith and have him slick up the action, bevel the chamber for speedloading and perhaps change to a different front sight. All of that will take several weeks to months … along with several hundred dollars. If you want more than that, you’ll need to start adding hundred dollar bills to the tab with each request.

The Performance Center 686: A Better Choice

What’s even better is that the bright-orange front sight blade—the one you can’t help but see when trying to shoot fast—is interchangeable. On the standard 686, the front sight blade is pinned in place. To swap it out, you have to drive out the pin, fit the new blade, drill it for the pin and re-install the pin. That’s a chore.

Now, you’re getting a sculpted barrel, a trigger job, an overtravel stop and an easily swapped front sight blade design. All of this is costing you $137 over the base price of the 686.

That’s the good news. The bad news? You probably won’t get all that back if you ever sell your Performance Center 686 (who does such a thing?!). You might get half of it back, but half of $137 is a lot better than the non-Performance Center-modified 686.

You see, when it comes time to sell your slicked-up 686, everyone will marvel at the smoothness of the action and the skill of the work. But, they’ll also be suspicious of the work and won’t want to pay extra for it … until or unless they can test the gun for themselves.

We saw it often enough at various gun shops so that we all understood: Modifications we made to standard firearms that couldn’t be reversed were not “improvements.” They were personal choices that we paid for and would pay for again if we sold them (and would pay for only once if we simply kept the modified firearm forever).

So, the answer to “Is the Performance Center upcharge worth it?” is Yes; heck, yes! You get the mods for less cost than with an outside pistolsmith. You get a warranty with the modifications. You get at least some of the modest upcharge back in the event of a future sale.

And Here’s The Best Part: Time

If you had gone with the regular 686, your local gun shop—if it didn’t already have one on hand—would order it from a wholesaler. Then, once you took possession of it, you’d hand it over to a local pistolsmith, who would quote weeks to months for its return. Count on it being months—no, really.

The Performance Center 686? If you order it from a wholesaler who has it in stock, it’s there the same time as the standard 686. And, after it arrives, you’re ready to shoot. This, for an extra $137 in the stated price, less in the actual. Oh, and the Performance Center doesn’t just work on 686s; its smiths work on the full panoply of S&W firearms (such as the 442 I tested just a short while ago).

Sure; I could’ve left my editor’s question at, “Well, yeah” … but where would the fun have been in that?