The ol' Browning A5 has the elevated distinction of being recognized as the first self-loading scattergun.

Why the Browning A5 is a classic:

John Browning was very proud of the Auto 5 semi-automatic shotgun. In fact, he called it his best achievement. It was patented in 1900 and went into production for the first time in 1902 by Fabrique Nationale in Liege, Belgium.

Most readers of this magazine probably know the history of the Browning A5, which has the distinction of being the first successful self-loading shotgun. 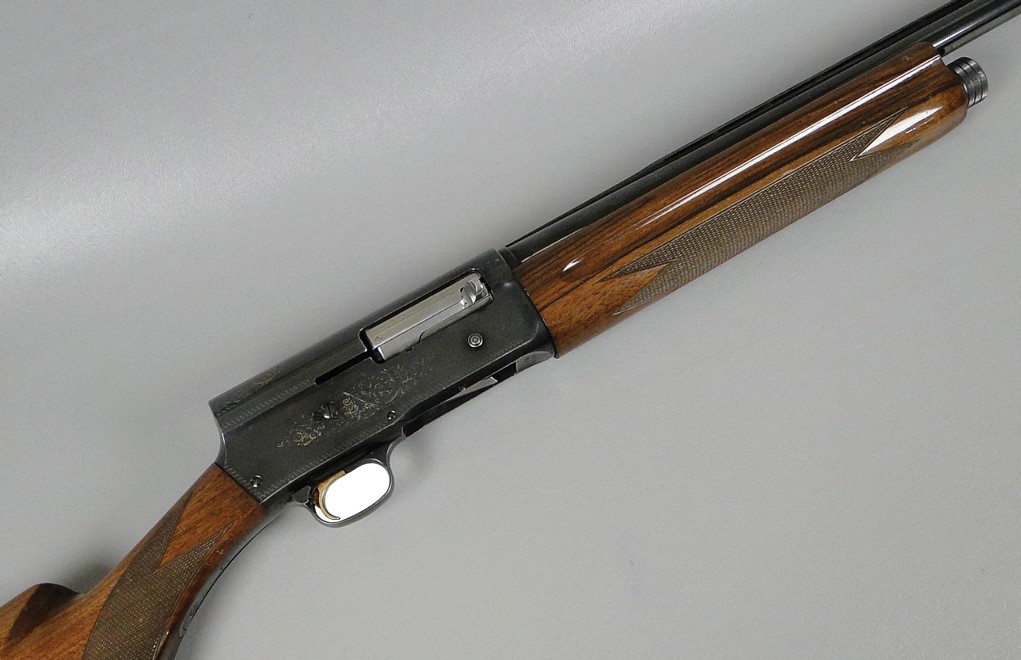 John Browning had previously sold his many gun designs to Winchester for a lump-sum payment. When he offered the Auto-5 to Winchester, this time he wanted a royalty based on sales but this was refused.

Browning decided to present the design to Remington and, so the story goes, was waiting in the lobby to see the company president Marcellus Hartley when Hartley died in his office of a heart attack.

FN Gets The Browning Auto Five

This led Browning to go overseas with his new shotgun design. Having previously worked with FN in Belgium to produce some of his pistol designs, he went to FN and reached an agreement for production of the Auto-Five.

Browning later licensed Remington the right to use the basic design. Their version was known as the Model 11 and was in production from 1905 to 1947.

This made the Remington the first semi-auto shotgun to be made in the United States. Browning also licensed the design to Savage for its Model 720.

The FN-made Auto-Five (also known as the A-Five) was imported into the United States from 1903 until the start of WWII, and after the war from 1947 to 1975, when production moved to Miroku in Japan.

The importer has always been Browning Arms Co., which had been established in Morgan, Utah, by Browning and his brothers in 1878.

(It should be noted that none of the FN Auto-Fives should be used with steel shot, only the Japanese models.)

The Original Auto-Five Gets Discontinued

The Browning Auto 5 finally left the shotgun scene in 1998. More than 3 million were manufactured and many are still in use around the world.

The Auto-Five should not be confused with the recent Browning A5 model, which came along in 2012. Cosmetically, it is similar to the Auto-Five with a modified square-back silhouette, but with a short-recoil system.

The Auto 5 was affectionately known as the “hump-back” because of the square shape of the rear of the action. It operates with what is known as the long-recoil system, which has been adopted and modified by many other manufacturers over the years.

When a shell is fired, both the bolt and the barrel recoil together. The barrel returns forward first, ejecting the empty shell. Then the bolt returns forward, loading another shell into the chamber. This self-loading system is very reliable and seldom gives problems.

Browning at one time advertised that the long recoil system spread the recoil over a longer period of time, and that the “felt” recoil was less than that of a pump or double gun.

There is a system of friction rings that can be adjusted to retard the recoil effect, based on the specific shotshell load being used. Another feature that is unique to the Browning A5 is a magazine cutoff lever on the left side of the receiver, handy to have available if the shooter needs to quickly change loads.

A5 Variants and Models

Auto-Fives were originally offered only in 12 gauge. The 16 gauge was added in 1909 for Europe, but it was not available in the United States until 1923. It was based on the same frame size as the 12.

The 20-gauge A-Fives first appeared during WWII when the Germans had taken over Belgium and FN had reached an agreement with Remington to produce the model in 12, 16 and 20 gauges.

It’s interesting to note that from 1940 to 1947, Remington Model 1911s and Browning A5s were made side by side in the Remington factory in Ilion, New York. These models are often referred to as “American Brownings.” Modern gas-operated auto-loading shotguns have replaced most of the recoil-system guns. But the fine old Browning is truly a classic that’s deeply loved, respected and collected by many shotgunners around the world.

I recall one writer — I believe it was the great Jack O’Connor, actually — writing that in the quail-hunting plantations of the South, where quail hunting is somewhat of a religion, in the old days a hunter was expected to show up for the hunt with a classic side-by-side or over/under.

A single-barrel gun would most definitely be frowned upon, unless it was a Browning A5.