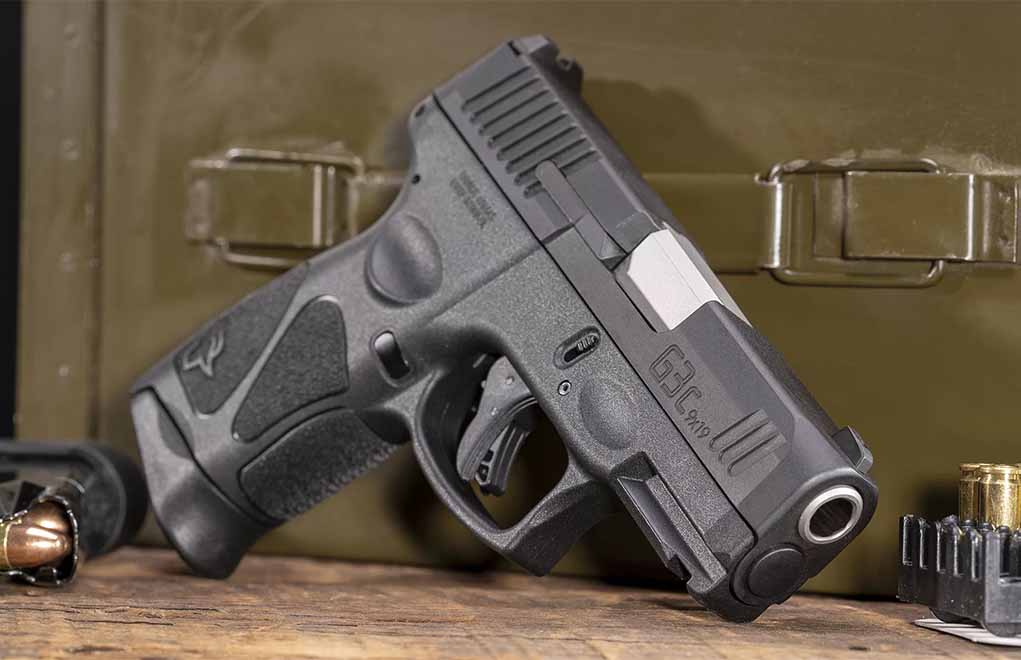 Find the perfect heater to add to your collection with our best pistol reviews, buyer's guides and videos from 2020.

Unless you’re cloistered in some far off monastery, you’ve probably caught wind about how hot the gun market has been. Record-breaking is an understatement, as Americans of all stripes have armed up over the past year and continue to do so. A mixture of global and domestic strife has proven a sobering tonic to the realities of the world. In particular, no one is coming to save you. Your personal safety is in your own hands.

Given this stark truth, it’s of little surprise handguns—semi-automatic pistols especially—have lead the way in gun sales. Which, if you’ve been shopping around for a new heater, has caused problems. Most of the year, they’ve been as scarce as well-watered lawns in Albuquerque. In turn, if you're girding the proverbial loin to join the firearms commerce fray, you’d better have a solid idea about the gun you’re going to shell out hard-earned money over. At present, there aren’t many second chances.

That said, we’re here to shed some light. We’ve gathered the best semi-auto pistol reviews, buyer's guides and videos from the past year to help you get a handle on what in the market. Be it a covert concealed carry piece, an overpowering home-defense option or an irresistible range toy, you’ll draw a bead on your next pistol.

Looking to go armed, but are stuck in the weeds as to what to arm yourself with? Here are 18 excellent concealed carry handgun options.

Double-stack 9mm pistols abound, find out the top options in this class of handgun for concealed carry.

Since its introduction, the 10mm Auto has been putting magnum power into semi-auto pistols. In recent years, it's had a bit of a resurgence in popularity.

More than ever before the 1911 pistol is configured for concealed carry. Find the top models to protect your six.

The 10mm 1911 typically commands a king's ransom, but not the five we hunted out.

Firepower, hitting power and nimbleness–there's a raft of reasons to consider the AR pistol. We give you eight affordable options if you're looking to go small.

Check Out Other Review Roundups:

The author builds the ultimate custom Glock with a Bar-Sto Match Target barrel. Improved accuracy and spent cases that can be reloaded are among some of the benefits.

Taurus G3: A New King Of The Hill?

Three years in the making, the new Glock 44 finally gets the gunmaker into the .22 LR market. Was it worth the wait?

Slick lines and even slicker accuracy, the Sig P210 proves an enduring piece of Swiss engineering.

Ideally adapted to every day carry, the revamped Wilson Combat EDC X9S is smaller but just as magnificent.