What Are The Top Single-Stack 9mm Pistols:

The booming concealed carry market has generated tremendous interest in compact carry guns, and there are dozens of options when it comes to selecting a slim 9mm auto for personal protection. And while the single-stack 9mm pistols do have limitations—they lack the added punch of the .40 S&W and the .45 ACP and the high magazine capacities of their double-stack counterparts—these guns have proven to be the right blend of concealable design and threat-stopping power.

The current crop of quality 9mm defensive ammo is better than at any time in history, and new bullets like the Barnes VOR-TX, Federal HST, Hornady Critical Defense, Winchester Defend, Nosler Defense and SIG V-Crown (among others) offer consistent penetration and energy transfer. The 9mm single stacks are so popular because they are the right gun for personal defense. Now, which one is the right gun for you? Here’s a look at ten of our favorite skinny nines. 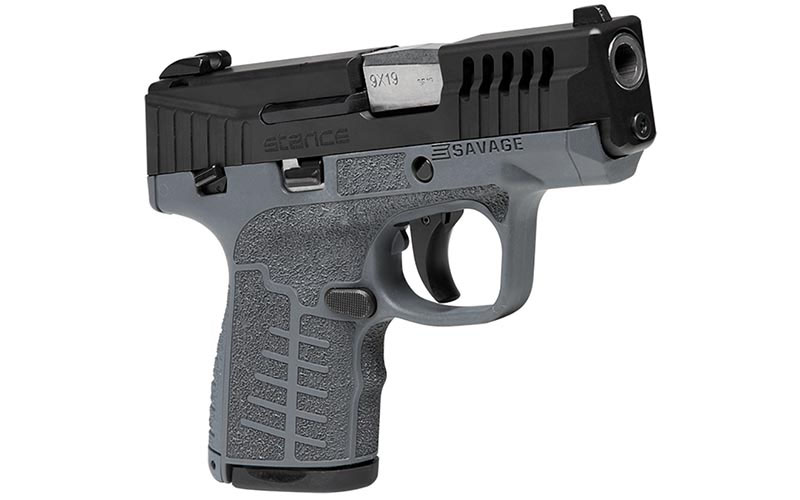 Savage came out of left field when they announced the Stance pistol in late 2021, the company's first handgun in more than 100 years. While other manufacturers have been scrambling to keep up with the double-stack micro-9mm trend, Savage opted to make their micro-9 a little different. Sticking with single-stack mags that are available in 7-, 8- or 10-round capacities, the Stance pistol is noticeably slimmer than its competitors. It may not have the highest capacity on the market, but it's certainly concealable with its 3.2-inch barrel and .96-inch width, and Savage incorporated features to make it a good shooter too. The pistol gets its name from its use of a natural-pointing, 18-degree grip angle, and it has interchangeable backstraps as well. They are available in three different colors either with or without a manual safety, and Savage has package options that also include a laser. ($479; SavageArms.com) 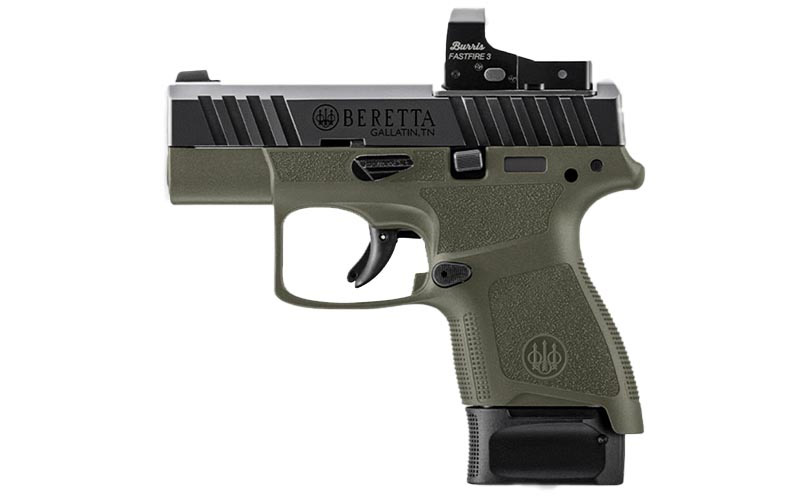 Another new single-stack option is Beretta's APX A1. While the pistol originally launched a couple years earlier as the APX Carry, the APX A1 brings a lot of desirable concealed carry features to the table. The biggest upgrade is the inclusion of an optics-ready slide. Using an RMSc-pattern footprint that's capable of accepting a wide variety of popular pistol red dots, the APX A1 carry is likely one of the slimmest optics-ready handguns on the market. Thanks in part to its use of single-stack 9mm magazines, it has a width of only about .91-inches, and its barrel is only about 3.1-inches as well. Its flush-fitting magazine holds 6 rounds like the Glock G43, but it includes an extended 8-round mag with a pinky extension as well. While they were at it, Beretta also improved the APX Carry's trigger, added more slide serrations and made the frame available in four different colors. ($449; Beretta.com) The Shield is one of the most popular single-stack 9mm pistols, and there’s a reason for that. It’s affordably priced, easy to conceal, and it is loaded with features like white, low profile three-dot sights and a smooth 6.5-pound trigger. This polymer frame striker-fired nine comes with two different magazines: a seven-round version to maximize concealability and an eight-round version to maximize capacity. At .95 inches wide and just 6.1 inches long with a 3.1-inch barrel, the Shield is perfectly proportioned for easy concealment under light clothes. The textured grip offers a secure hold without being overly aggressive and painful for ungloved hands. Metal parts receive a corrosion-resistant finish to protect the gun against the abuses of daily carry. ($449; Smith-Wesson.com) 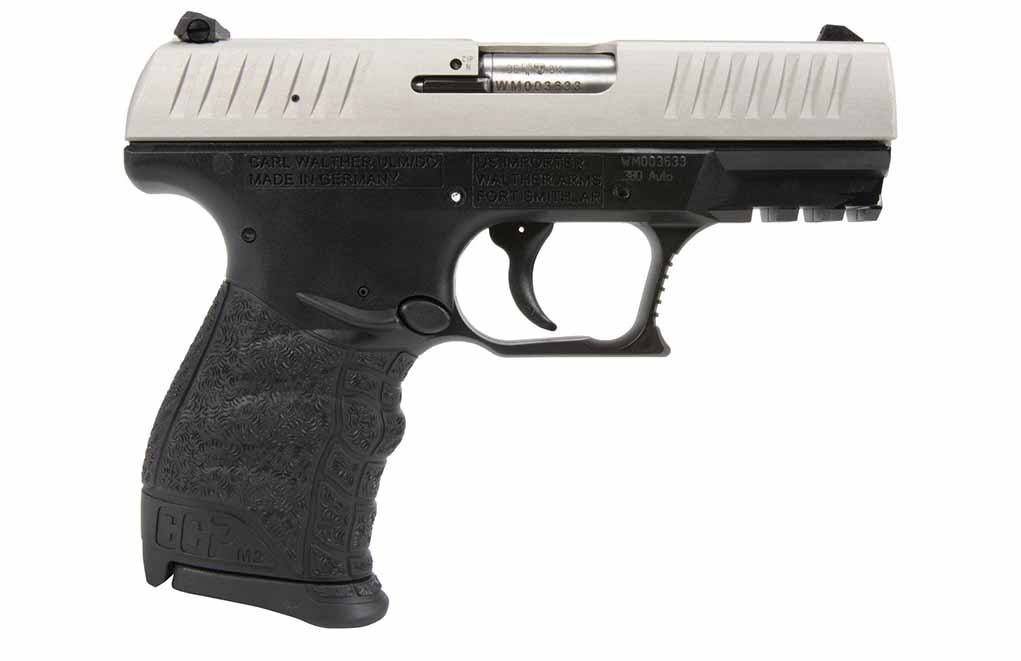 I had a chance to see the CCP at Walther’s factory in Germany before it was announced to the public, and I was excited about this gun from that very moment. The Walther engineers were wrestling with a problem inherent to carry guns; light springs made slides easy to manipulate (a big selling point) but that light spring resulted in heavier abuse when the slide moved rearward while firing, shortening the lifespan of the gun. To remedy this, they developed the SOFTCOIL system for the single-stack 9mm pistol, which uses gases from the fired round to slow rearward slide speed. The result is a light slide spring, reduced recoil, longer gun life and faster follow-ups, selling points which make the CCP one of the best guns in this class. The M2 ups the ante of the design, offering tool-less disassembly, curing one of the few drawbacks of the orginal. The grip design is near perfect, and the smooth trigger is superb. By the standards of this class, the eight-shot CCP is rather large; it’s 1.18 inches wide and has a 3.54-inch barrel. But the CCP is still easy to hide, and it’s lots of fun to shoot. ($469; WaltherArms.com) Glock’s release of the 43 was big news, not just because the Austrian brand fairly invented the striker-fire polymer semi-auto (or at least made it widely popular in the U.S.) but also because Glockophiles were looking for that just-right carry gun. In fact, Glock even called it the “most highly desired and anticipated release” in the company’s history. The single-stack 9mm pistol is classic Glock, with minimalist sights and controls, a bladed trigger, matte black corrosion-resistant slide. But it’s a very trim gun at 1.2 inches wide, 4.25 inches high and just over 6¼ inches long. Unloaded weight is just less than 18-ounces, and loaded with all six rounds in the magazine and one in the chamber, this pistol weighs just over 22-ounces. It’s neither the lightest nor the heaviest on this list, but it’s a Glock, which means it will take considerable abuse without a hiccup. ($549; US.Glock.com) Ruger has done an excellent job of giving shooters exactly what they need in a personal defense gun while maintaining a trim profile and a low price. This striker-fired pistol has a through-hardened allow steel slide, alloy steel barrel and one-piece glass-filled nylon frame, which means durable construction in a compact package. With a 3.12-inch barrel, this single-stack 9mm pistol weighs just over 17-ounces unloaded and measures four and a half-inches high. The seven-round magazine fits flush with the bottom of the grip, but there is an included finger extension is you want more real estate. Overall length is 6 inches, and width is a scant .9 inches, meaning that this single stack is only slightly larger than the brand’s ultra-compact LCP .380. It’s available with or without a manual safety, and all models come with a bladed safety trigger for extra security. The drift-adjustable sights are dovetailed into the receiver, yet they have a low-profile design that ensures they won’t hang up when you draw. There are also a number of distributor exclusive versions in various colors and configurations. ($479; Ruger.com) 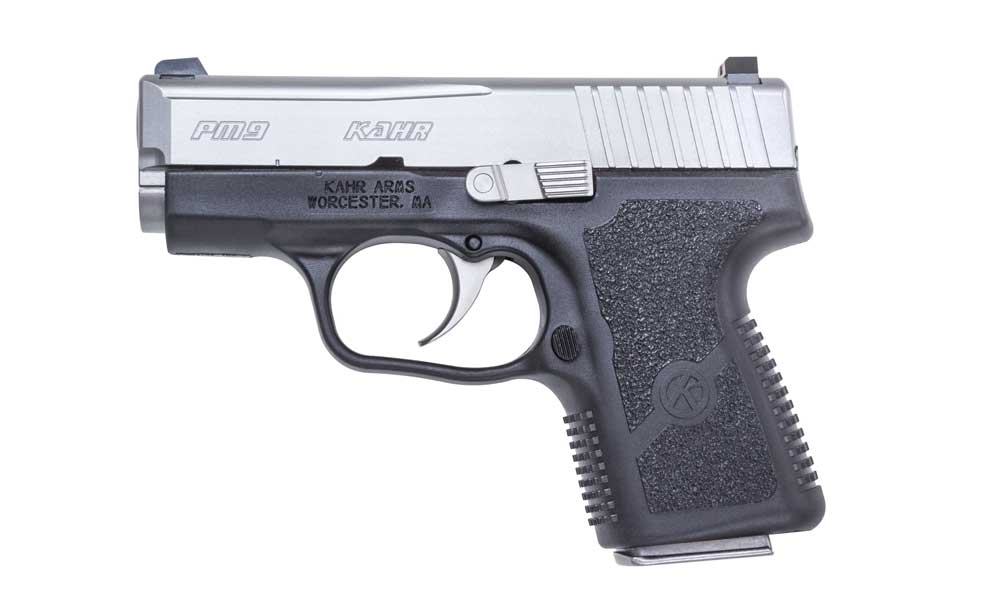 Kahr is known for producing durable, purpose-built semi-autos, and the PM9 doesn’t fail to impress. With a 3-inch polygonal-rifled barrel the PM9 weighs just 14-ounces without a magazine and utilizes a trigger-cocking, locked-breech design that has proven reliable and accurate. Overall length is just 5.42 inches and height is 4 inches, so this gun hides easily and is comfortable for all-day carry thanks to its smooth profile and minimized controls. It comes with drift-adjustable combat sights, a stainless slide that will stand up to the moisture associated with daily carry and a polymer frame with textured grips. The Kahr doesn’t come with a manual safety, but it does have a passive striker block, and the takedown lever makes routine breakdown for maintenance and cleaning fast and easy. This single-stack 9mm pistol comes with two six-round magazines that fit flush with the grip and an additional seven-round mag with a finger grip extension. ($810; Kahr.com) 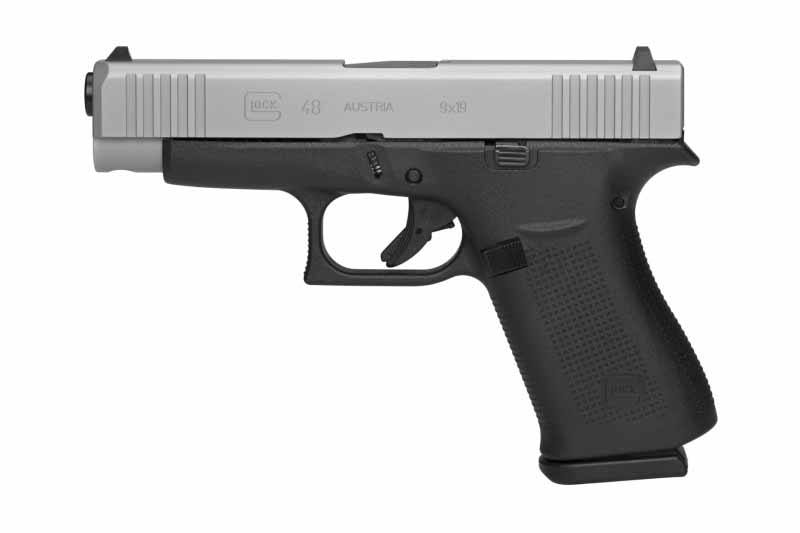 As mentioned, the G43 sent shockwaves through the polymer, striker-fire market—one of Glock’s most anticipated releases ever. A testament to the pistol's impact, it spurred an entire line. In addition to the G43, the Austrian gunmaker offers two other single-stack 9mm pistol options in the G43X and G48. The former is simply the original 9mm with 10+1 expended capacity, while the latter offers a bit more gun. With a 4.17-inch barrel, the G48 is a little more challenging to conceal, yet the trade-off is well worth it. In addition to 10+1 capacity, it also boasts a longer sight radius, thus improved overall accuracy potential. Despite this, it’s still a trim gun with a minuscule .87-inch width and very manageable 25-ounce weight, which meshes up nicely with a wide swath of armed citizen’s carry profile. Overall, the G48 offers a bit more than the original slimline Glock and strikes a near-perfect balance between performance and concealability. Oh yeah, if you want a little flash you can get it (and the G43X) in two-tone. ($580, US.Glock.com)

Almost the ideal pocket pistol, the Kimber Micro 9 brings to the table absolutely rock-solid construction with a dash of class. What makes the single-stack 9mm pistol such a rugged gem is its aluminum frame, which gives it plenty of resiliency while not pushing its weight over the top. In fact, the pistol is a downright featherweight, tipping the scales at a mere 15.6-ounces. This combine with its 1.06-inch width makes the single-action 9mm next to nothing to conceal, no matter what position you carry, even in the lightest of garb. For its size, the 3.15-inch barrel Micro 9 produces surprising accuracy at reasonable self-defense ranges. This is aided by a 4.3-inch sight radius, which is respectable for a gun of its class. But the 7+1 capacity pistol still provides some challenges. In particular, given its weight and size, it can prove quite bucky, an attribute accentuated by its abbreviated grips.

Still, it’s a factor overcome with practice and familiarity. Additionally, the Micro 9 in all its iterations (there are many) is a good looking pistol—a shame it’s meant to go undercover. ($755, kimberamerica.com) 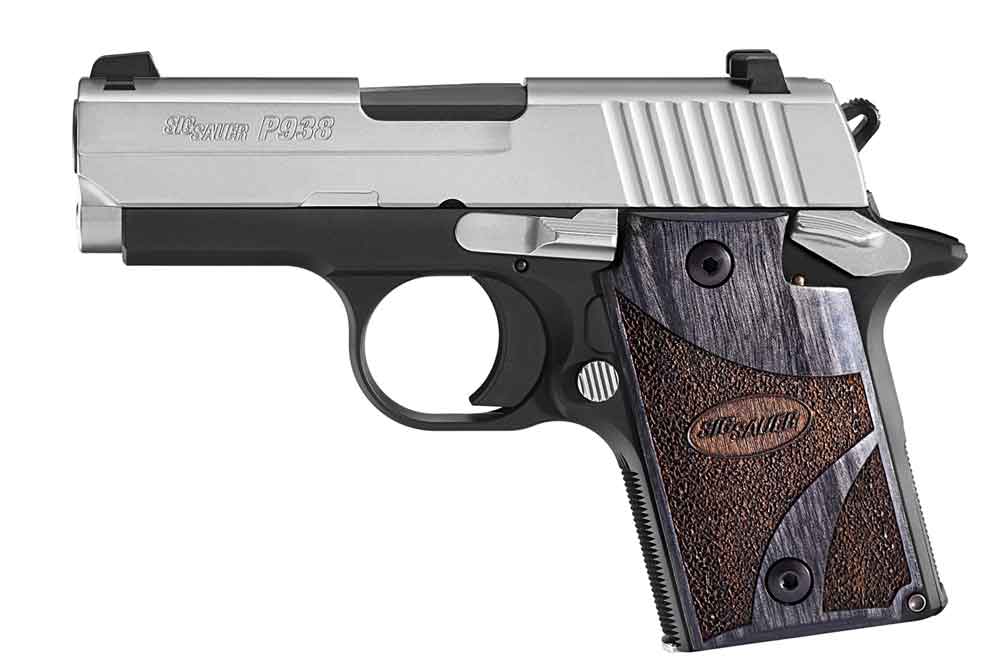 Ticking like a Swiss timepiece, the Sig P938 goes down as one of the most reliable single-stack 9mm pistols on the list. Essentially a micro 1911, the pistol offers all the assets of the classic John M. Browning design excellently executed. Prime to this point, a smashingly light single-action trigger that does a lot to ensure the 3-inch barrel gun’s accuracy. Though, the time-tested design does have its drawbacks. First and foremost, the thumb safety, which adds a layer to its deployment. This is frowned upon by some. As far as concealability, few beat the single-stack. At 3.9-inches in height and 16-ounces unloaded it is legitimately a pocket pistol and would do well in this role. But with a 6+1 capacity with its flush-fit magazine, the gun is more than appropriate as a primary carry piece. Either way, it offers the utmost discreetness. Par typical for Sig pistols, the P938 runs on the spender end of the spectrum. Given few in its class hold a candle to its performance, it’s easy to justify the extra coin. ($717, sigsauer.com)

Editor Note: Elwood Shelton and Adam Borisenko contributed to the update of this post.