Discover the pistols and pistol accessories that will get you on target.

What Are The Top Pistols And Pistol Gear:

Be it self-defense or an afternoon at the range, most shooters turn to the tried-and-true semi-automatic pistol. Fans of this style of handgun presently live in a golden age, with more classic designs, new innovative models and performance-enhancing accessories available now then ever before. We’ve gathered up some of the top-pick of new pistols and pistol gear that’s recently hit the market, in every case likely to boost your performance behind the trigger. Rolling out in the 1970s, the Jak Slide holster is nothing new in the world of concealed carry. But how Galco makes them now is. Turning to hybrid technology, the famed holster maker improves on the traditional design for a more responsive and safer hanger. In particular, Galco has placed a Kydex skeleton into the steerhide Jak Slide, giving it some subtle—but useful—attributes. Namely, the holster won’t collapse after the draw, making it easier and more intuitive to rehang a pistol. At the same tick, the Jak Slide is as concealable and fast as it ever was … perhaps more so. It still goes down as among the top options for those who tote a 1911. MSRP: $55, galcogunleather.com Simple concepts oftentimes prove the most useful. That pegs the SwitchBack 2.0 perfectly. Evolving the way you manage a flashlight in a defensive situation, the intuitive attachment allows full control of your torch and handgun. It even facilitates a two-handed grip on your gun, while keeping a light on your target. Mounting securely between a flashlight’s tail cap and body, the ring hooks around a finger on the support hand, freeing up the appendage for other operations in the process. Reloading, working the slide, and even support-side shooting are all a possibility—definitely not the case with traditional flashlight techniques. If you need another selling point, a robust pocket clip is part of the package, as is compatibility with SureFire and DFT lights. MSRP: $19.99, thyrm.com 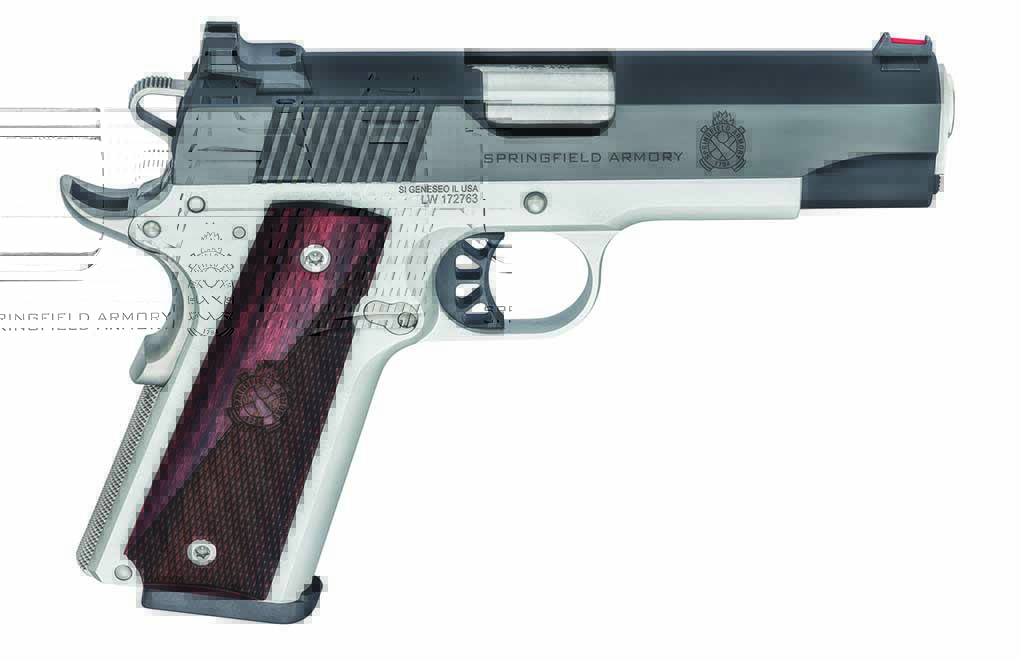 Lightweight, rugged, and now more concealable, Springfield Armory hits the right notes with its next iteration of the Ronin Operator, configuring the pistol with a 4.25-inch barrel. Commander-sized, the pistol is the best of both worlds, easier to keep under wraps, but with bore enough to milk more ballistic potential out of the 9mm and .45 ACP rounds. Plus, it’s built to please even the most discerning 1911 snobs, complete with a traditional barrel bushing system and match-grade barrel. It’s a looker to boot. Two-tone, the aluminum-alloy-framed Ronin also sports Cross Canyon laminate wood grips, giving it an overall wicked appearance. MSRP: $849, springfield-armory.com Proving wildly popular since its release, the Ruger PC Carbine has staked a claim in the PCC sphere. It only makes sense upgrades would follow. For practical use, the Jawbone Mag Release might be among the most practical. Little more than an extension, the lever has the potential to completely revamp how you run the rifle, making reloads lightning quick by placing the control within reach of the trigger finger—beats the heck out of straining forward of the trigger guard. Made from aircraft-grade aluminum, it’ll stand up to your abuse. Plus, it’s a snap to install. What more could you want? MSRP: $84.99, jawbonetactical.com Opening semi-automatic pistols to a greater swath of the shooting world, the easy-to-manipulate M&P9 Shield EZ has proven to be a game changer. Now it’s available all decked out. Getting the Smith & Wesson Performance Center treatment, the 9mm has several upgrades that have it running like a top. Some of these consist of a ported barrel, flat-faced skeletonized trigger, aftermarket sights, and tuned action. Additionally, it’s available with some head-turning finishes that give the pistol a truly customized look, including black, silver, and gold accents. Best of all, the Shield EZ comes in at a price nearly any shooter can afford. MSRP: $588, smith-wesson.com There’s more to a concealed-carry-friendly pistol than its height, width, and weight. There’s also a little question about deployment. Sig Sauer all but eliminates this concern with the release of the P938 SAS model, which is about as streamlined as you get. In addition to milling all potential catch points on the pistol’s frame and slide, it also wears what might be the lowest-rise sights on the market. Known as Flush-Mounted FT Bullseye sights, the fiber-tritium low-light option leaves almost no footprint on the 9mm, offering the peace of mind that you can get your gun in the fight at the moment of truth. MSRP: $856, sigsauer.com Not shooting with a reflex sight yet? You should consider it. Holosun gets you into the action with its new HE508T V2 optic loaded with features that’ll get you on the mark. Chief among them is the unit’s Multiple Reticle System, which offers a transition between a 32 MOA Circle and 2 MOA Dot. Plus, the optic is built for all the punishment you can dish out, constructed with a titanium body and a durable base that helps it withstand shock. And the V2 is always ready to roll when you are, with a backup solar charging system that keeps it up and running. MSRP: $435.28 red dot; $470 green dot, holosun.com