Push feed vs. controlled feed … when it comes to bolt-action rifles the debate is as eternal as the caliber wars. But does it really matter where you plant your flag?

Rifle actions got their name because of what’s required to make them work – the action. Sounds quite simple, right? Maybe. Let’s tuck this simple fact away and come back to it a bit later. For decades, if not longer, the debate has raged among novice and veteran hunters alike as to what style of bolt-action rifle was more reliable, a controlled-round feed action or a push-feed action. The debate was founded on the ultimate need for a bolt-action rifle to work when everything else around you might not — and your life depended on being able to make one last shot.

After all, logic dictates that to make that next shot, your rifle’s action has to remove the last round fired from the chamber, eject it out of the receiver and completely cycle it out of the gun so it can load the next round into the chamber. In battle, the next sound you need hear is bang! … and not the harps of angels singing your failed-rifle story in Heaven.

So, which type of mechanical design works the best at making sure you’re around to draw a resident moose tag in Idaho? To find out, let’s look at how each one is designed.

I’ll be specific and start with the father of controlled-round feed actions, the M98 design from Germany. I’m a huge fan of the M98 platform. Here, the bolt captures the cartridge in the magazine with what’s known as a non-rotating claw extractor and carries the cartridge tightly from the magazine up and into the rifle chamber. And …

You just made a textbook 90-yard shot on an unsuspecting black bear, a potentially dangerous beast we can hunt without the need of a passport. Now let’s say, just for fun, the bear didn’t drop dead like you rehearsed with your hunting buddies and rightfully blames you for his suddenly arthritic right shoulder pain. This isn’t Yogi. You’re going to need to shoot again — accurately and quickly — while your blood pressure is significantly more elevated. Mental note: Your M98 action is not emotionally involved here. No, its bond with you is simply plutonic — more on why this matters later.

As soon as you pulled the trigger on your first shot, let’s assume you kept your rifle sighted in on your now vigorously annoyed black bear, and you fully cycled the bolt-action. As you worked the bolt, the round your fired is pulled from the chamber positively and under full control, meaning that the bolt and its claw extractor firmly held the cartridge case until it was ejected by the ejector. Then on the way back forward, the bolt captured a fresh cartridge from the magazine, loaded it into the chamber, and you shot again … persuading the black bear to give up just a few yards away from you.

Here are some key points of a controlled-round feed action: The M98 bolt-action will work regardless of how you might hold, swing, jerk or spin the rifle during the shooting situation. It will load if you cock the rifle sideways, find yourself and the rifle upside down, or any other gun-yoga inspired position. A controlled-round feed action also gets a better, bigger grip on the rims of a case that might be stuck in a rifle’s chamber, so it can be extracted.

One last thing: They can jam. It’s true. If you short-stroke a controlled-round feed action, it can absolutely double-feed — and your day just got a lot worse.

I’ll wait for the screaming to calm down before I get into push-feed actions.

Push-feed actions are pretty darn great, too. What’s a push-feed action? A push-feed action works when a bolt moves a cartridge from magazine to chamber without any sort of mechanical connection between the cartridge and the bolt. Example? The wildly popular Remington Model 700 action.

So, what are some of the advantages of a push-feed action over a controlled-round feed action? For one thing, it’s less expensive to manufacture. Secondly, you can — and I have — single load cartridges from the top of a push-feed action rifle in hunting situations. Another great point, especially with today’s massive 30mm, 34mm and even 35mm rifle scopes, is that a push-feed features a shorter bolt handle throw because the push-feed bolts have multiple locking lugs that help strengthen the action and lower the amount of “throw” a bolt handle needs to operate. The bottom line is that push-feed actions work, and that’s no surprise.

How reliable are push-feed actions? I took not one — but two — to Africa on my first safari, and I never had a problem mechanically under any condition. It was buttery-smooth, and incredibly fast in the Savage Model 14 300 Savage I used in South Africa. In fact, the fastest shooting I did while I was in Africa was on warthogs both with the Savage and a Sako Model 85 6.5×55 Swede, and not once in what was more than ten engagements with multiple shots did either rifle fail to fire, feed, eject or hit exactly where I aimed. Now, where I aimed sometimes was definitely flawed, but that’s not the point right now. The push-feeds worked, and they worked well, under quite a bit of stress on hartebeests, zebras, duikers, steenboks, kudu and warthogs.

Like those fast African swine, push-feed actions do have their warts. Extractors on push-feed actions are typically smaller and can sometimes slip off a stuck cartridge’s rim, and like a dog without a leash, a cartridge in an push-feed action can fall out, get flung out or otherwise not report for go-bang duty on time if a rifle is held in an unconventional manner — like upside down, sideways dropped, etc.

Lastly, a push-feed rifle can have a double-feed style jam. In fact, I happen to know a guy, quite well in fact, who got so excited on a black bear hunt in Idaho that he double-fed his push-fed rifle. Don’t worry though, I have it on good authority that I, uh … this guy, learned from his mistake and practiced working his bolt actions so much that he now has carpel tunnel syndrome.

I later asked the guide who witnessed my push-feed meltdown on the mountain, Brooks Murphy of Salmon River Lodge Resort, what action was better.

“The great debate!” said, Murphy. “In today’s world, with improved push-feed extraction systems and much more precise and reliable factory ammunition, I don’t believe there’s a huge difference for the vast majority of hunters. The only time I could see a true need for a controlled-round feed rifle could possibly be dangerous game. This is primarily due to the possibility of a reload with weapon in all manners of angle. There will always be the shooter who wants to maintain control of the cartridge from magazine to chamber. That’s why there are options.

“But more importantly — as we all should know — regardless of the type of action, the user has to work the bolt all the way back before going forward … or bad things happen,” added Murphy. “Both styles can be short-stroked under certain conditions. Practice hard with whatever you choose.”

A few months after I proved you can double-feed a push-feed action, I was in Africa and asked Geoffrey Wayland, owner of Fort Richmond Safaris, which action was better. His answer fell right in step with Murphy’s as he rattled off all of the advantages and disadvantages of both the controlled-round feed actions and the push-feed actions. Wayland said that, when push came to shove — if he’s hunting dangerous game, he chooses the controlled-round feed every time.

Where Will You Plant Your Flag? 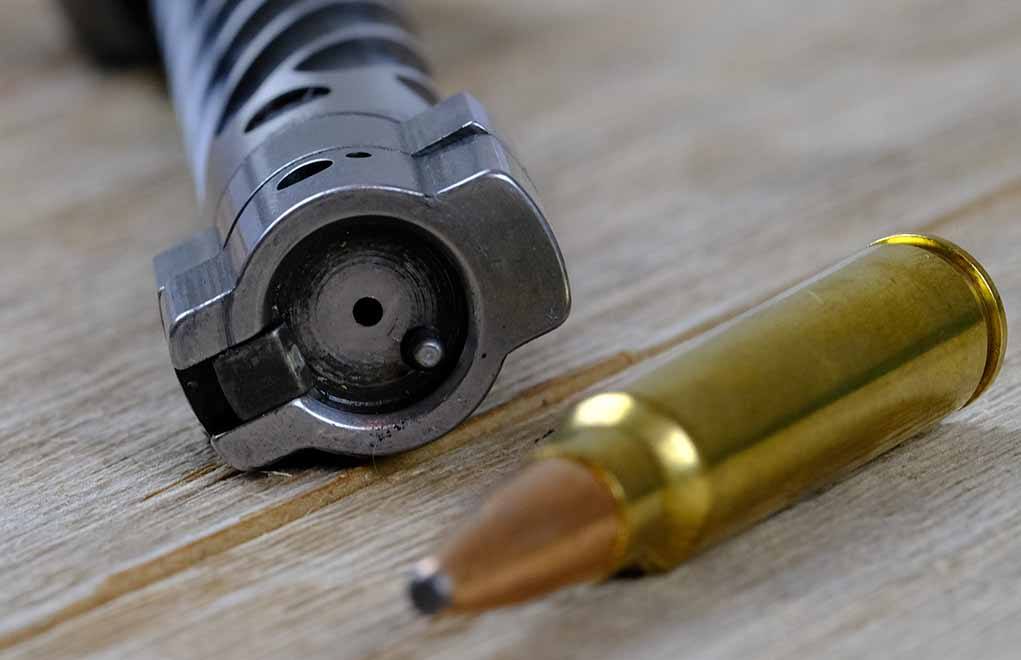 Still, hundreds of dangerous game hunters successfully harvest their animals with push-feed actions annually, and plenty of controlled-round feed action hunters choke during the moment of truth because they don’t know their equipment. Yes, both actions can jam. The key, as Murphy said, lies the operator’s skills when it really counts.

Remember, a rifle’s action is never emotionally invested in your shooting situation. Rifles don’t get nervous. They don’t get excited, scared, cocky or hesitant. Actions simply work, or they don’t — and how well a bolt-action rifle runs depends more on us than anything else.