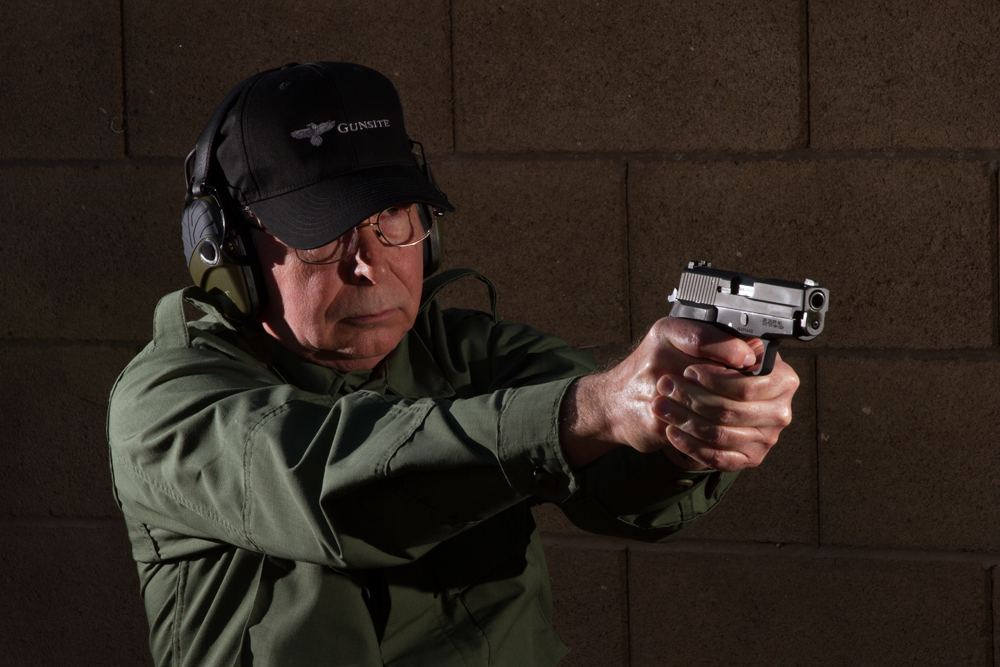 What Are The Top Concealed Carry Sig Sauer Pistol Options:

Among the world’s historic gunmakers, Sig Sauer has delivered some all-time classic pistols. Though, early on, not the most conducive to concealed carry. Sig Sauer pistols made their name as militaries and law-enforcement sidearms the world around. But that doesn’t mean they’re strictly relegated to service duty and those who don’t mind toting what feels like a metric ton. There are many fine concealed carry Sig Sauer pistols, ones that live up to the company’s sterling reputation and are easy on the gun belt. Here are six of the company’s best that are currently available factory new to keep your eye out for.

To say the P365 hit a nerve with the greater shooting public would be an understatement akin to saying the Titanic struck a piece of ice. The micro-compact 9mm absolutely set the carry world on fire when it introduced in 2018. And why not? The Sig Sauer pistol has about everything you’d want in a low-profile, high-performance sidearm—including price.

Breaking from Sig’s typical premium pricing, the striker-fired is downright competitive with an MSRP of $599. Yet, the gunmaker didn’t skimp, making it look, feel and shoot up to Sig standards. But what really catches attention is the P365’s capacity, which is nearly up to snuff with service models. At 12+1 with its flush fit mag, there are few other micro-9s offering the same firepower.

Amazingly, Sig’s half-staggered magazine doesn’t up the capacity at the expense of carry ease. The P365 is as slim (around 1 inch) and light (between 17 and 20 ounces unloaded) as all get out. Though, carry wise, the little extra bulk of the XL model might be worth it. Only upping the height of the pistol .7 inch over the original P365, it delivers full 15+1 capacity and a grip that’s a little more conducive to handling and accuracy. No matter what model you chose, the P365 definitely qualifies as a game-changer.

For a long time, many Sig Sauer pistols lagged in the concealed carry market. A reputation as boat anchors, its metal-heavy catalog was seen as only fit for duty—military, law enforcement or otherwise. That’s not an entirely fair standing, however. The P225 is a testament to this fact.

Swinging from holsters since the mid-1970s, the single-stack (8+1) DA/SA gave shooters everything they wanted out of a Sig—reliability, rock-solid construction, metal. At the same tick, it did so without making them haul around the Rock of Gibraltar. The 9mm still does today, with the P225-A1 Nitron Compact offering an exception ‘Mama Bear’ option, particularly for those with large mitts.

Yeah, 30 ounces might not cut muster for some, but it’s far from out of bounds—akin to many 1911 commander models. Plus, it’s a crack shot due to its heft—even on its double-action trigger pull—and especially for a 3.6-inch barrel pistol. Outside of weight, the P225-A1 is relatively unassuming, with an 1.26-inch width and 5.2-inch height. Furthermore, it’s damn dashing in the looks department.

The hitch in many shooters’ giddyap with the P225-A1, its MSRP is north of $1,000. That’s more than some allowances can handle. But for those who lay their hard-earned cash on the counter, they typically don’t regret the purchase.

Pocket pistols, for the most part, haven’t inspired a wealth of confidence. A decided exception is the P238. Ticking like a Swiss-made timepiece, the Sig Sauer pistol had folks looking at .380 ACP long before it became a popular carry option.

Essentially a micro 1911, the P238 offers all the assets of the classic John M. Browning design excellently executed. Prime to this point, a smashingly light single-action trigger that does a lot to ensure the 2.7-inch barrel gun’s accuracy. Though, for some, falling back on the time-tested design does have its drawbacks—No. 1 for most, the thumb safety. Can’t please everyone.

As far as concealability, few beat the P238. At 3.9-inches in height and 15-ounces unloaded it is legitimately a pocket pistol and would do well in this role. But with a 6+1 capacity with its flush-fit magazine, the gun is more than appropriate as a primary carry piece for those who require the utmost discreetness. Par typical for Sig pistols, the P238 runs on the spender end of the spectrum—$500 on up retail. Given few in its class hold a candle to its performance, it’s easy to justify the extra coin. As for variation choice, SAS, see why in the gun below.

Wait a second … didn’t we just cover this gun? It’s the P238, right? Essentially, yes, except for one major wrinkle—the P938 is 9mm. Most certainly, those whose lifestyles call for a demure carry piece, but don’t want to compromise power, have a solid option in the Sig Sauer pistol.

Outside one more ounce in weight and .3 inch in barrel length, the dimensions of the 9mm are the same as the .380. It also operates the same as the P238, which is to say a 1911—single-action only trigger, thumb safety, etc. And it’s all-metal, stainless steel slide and aluminum frame, so there's peace of mind it's up for rugged treatment.

Similarly, the pistol also comes in a host of variations to meet the style and carry preferences of nearly any shooter. Though, for the purposes of going armed, it’s difficult to beat the P938 SAS (Sig Anti Snag that goes for the P238 too), which has all sharp edges round off to offer the smoothest draw possible. Two-tone, the micro 9mm is also a looker, even if it spends most its time tucked away. Starting at around $715, it demands a Sig price, but also delivers Sig performance.

One of the top modern carry guns, the P320 is as flexible as they come. Modular in design, the Sig Sauer pistol jumps between frame sizes and barrel lengths with a quick switch of the trigger group. In turn, you potentially have everything from a sub-compact to a full-sized option at your disposal. Handy as all get out.

If you’re new to the line, the P320 Nitron Compact is an excellent choice, given outright you can pick from 9mm, .357 SIG, .40 S&W and .45 ACP chamberings. The striker-fired is also competitively priced, with the MSRP of the line starting at $679. Though, if you’re looking for something as minimal as possible, the striker-fired might not fit the bill.
Overall manageable in size—3.9-inch barrel, 26-ounces unloaded—the double-stack is a bit wide at 1.3-inches … though not prohibitively.

To touch on the elephant in the room, early iterations of the P320 had issues with drop safety, which the company said it has since addressed. But if you go shopping in the P320 resell market, best to inquire if the pistol in question had its trigger upgraded.

Sig Sauer made its way on the back of DA/SA pistols, but has proven more than adept at turning out other top-notch designs. The 1911, for instance. Over the years, the company has built a reputation of turning out among the finest production 1911s around. And they have one for nearly any occasion.

When it comes to concealed carry, the cream is the Fastback Nightmare carry. The wicked-looking Sig Sauer pistol is optimized in every conceivable way for the most unobtrusive carry possible. This especially goes for its ‘Fastback’, the rounded rear of the butt that not only reduces printing, but facilitates a very intuitive and comfortable grip on the pistol. Sig didn’t stop there, outfitting the Fastback Nightmare with aggressive Houge G10 Double-Dimond grips, Sig Light Night Sights and one sweet trigger pull. The single-action trips at 5 pounds and feels like it was made for competition.

Top to bottom stainless steel, the Nightmare is on the hefty side at 38 ounces unloaded and a bit bulkier than some other 1911, at 1.4-inches in width. Yet, neither precluded it as a rock-solid carry option, if you’ve got the gun belt to keep it in place. Besides, you get some slick chambering options—not just .45 ACP, but also .357 SIG. As 1911s go, the Fastback Nightmare runs right around many of the most established makes, with an MSRP of $1,244.