It usually happens with strangers. It typically takes place on social media. And, overall, it turns ugly. Burning with the intensity of 10,000 suns, the argument about how much better the 9mm is than the .380 ACP rages on.

Thanks to Federal Premium, the field of play between the two has become much more level. Meet the Hydra-Shok Deep defensive round in .380 ACP, ammunition that all but erases the performance gap between the cartridges.

Federal saw the need for a more potent option in .380, given its recent popularity and the lack of ammunition with true stopping power. The 99-grain Hydra-Shok Deep fills this niche nicely, thanks to the advanced design of the round’s bullet, which boasts some truly amazing engineering. Basically, its sledgehammer performance only requires a thimble of force. Sounds impossible, but Federal pulled it off.

Hydra-Shok Deep .380 has some pretty impressive performance numbers. Exceeding FBI protocol testing, the round is capable of penetrating around 14-inch in bare ballistic gelatin. Furthermore, it expands to nearly twice its size once at the target, effecting a greater temporary cavity and overall more tissue damage. And that’s not only out of test barrel. Federal did its due diligence and ran Hydra-Shok Deep out of as many guns as possible to certify it was up to snuff for the armed citizen. What that means for you, a more potent, yet manageable round that turns some of the smallest pistols into absolute thunderclaps. 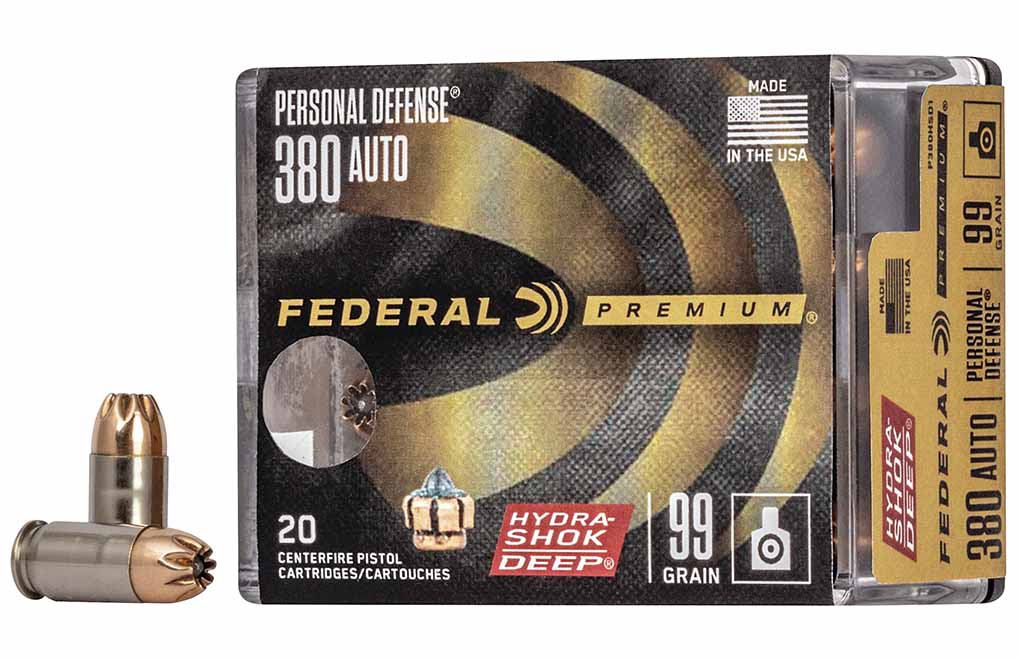 The question shouldn’t be what gun or caliber you choose to defend your life. It should be, “What ammo are you shooting?” If it’s Federal Hydra-Shok Deep, you have the peace of mind you’re getting the most out of your .380. MSRP is $25.99 for a box of 20.

For more information on Hydra-Shok Deep in .380, please visit federalpremium.com.