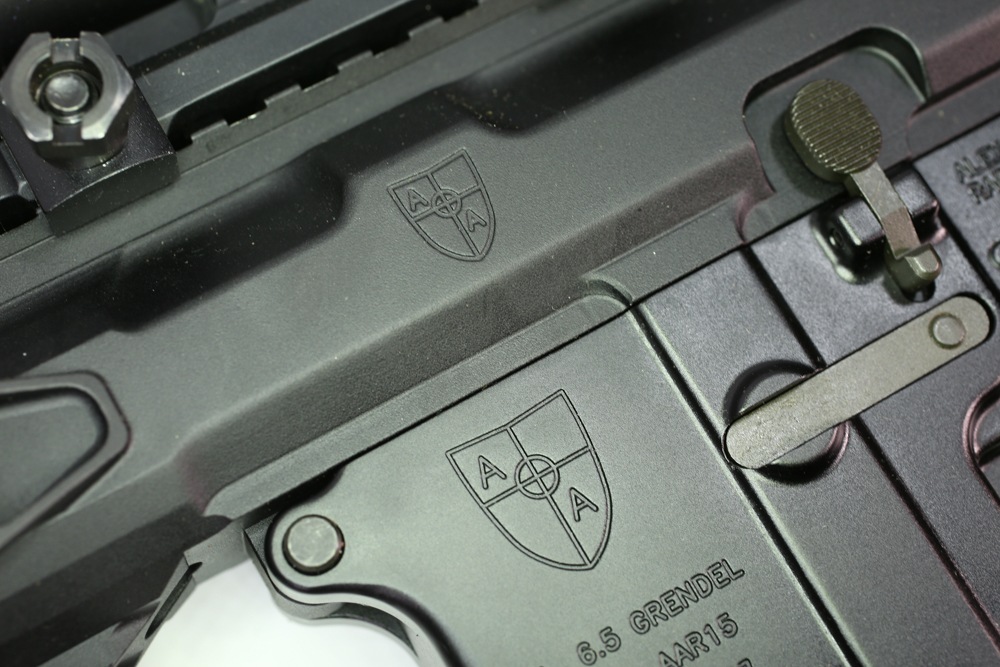 The 6.5 Grendel still holds its ground as a top-notch hunting option for the AR-15.

What Makes The 6.5 Grendel A Dandy Hunting Caliber:

Outside a dedicated cadre of shooters, the 6.5 Grendel often gets overlooked nowadays. The reasons are obvious. The 6.5 Creedmoor owns the long-range end of things, particularly out of bolt-action rifles. For those looking to go the distance with an AR-15, well you can’t do much better than the small-bore laser .224 Valkyrie. So, the Grendel’s days are numbered, right?

Not so fast. Other cartridges certainly have an edge on the 6.5 Grendel at and past the 1,000-yard mark, but the sun does not rise and set on ringing steel plates. Counter to gun media hoopla, there are other pursuits outside pure long-range shooting, among those hunting. And when it comes to a cartridge tailored to putting down medium and large (within reason) game at intermediate ranges with an AR-15, few hold a candle to the Grendel.

That’s what Bill Alexander and Janne Pohjoispää envisioned when they cooked up the cartridge in 2002. Nearly 20-years later, it’s what the 6.5 Grendel continues to do with hemoglobin-chilling consistency. And is why, if you're in the market for a practical AR option, you need to consider the Grendel.

Don’t believe me? Consider these five advantages of the 6.5 Grendel compared to its biggest competitors in the arena of hunting.

The Grendel Allows You To Use The AR-15 To Hunt

On the surface, this might seem an obvious copout, but there are some nuances to it. While the 5.56 NATO/.223 Remington (among other .22 calibers) is a legal deer cartridge for nearly half the country, in many states it’s verboten.

Why not gun up to an AR-10 then and get a tried-and-true big-game caliber, such as .308 Winchester or 6.5 Creedmoor? While the two ARs are similar in operation, they are different rifles. AR-10s are larger, more difficult to upgrade and generally more expensive than AR-15s. This isn’t to say the AR-10 isn’t an excellent choice, just that you lose many of the desirable qualities you get in the AR-15. Size is a big one in my book, given the smaller rifle is a second thought to tramp into the backcountry or up into a tree stand.


The Grendel has greater velocity than the .300 Blackout and heavier bullet weights than the 5.56 NATO/.223 Remington. What this delivers is more energy on target at most ethical hunting ranges.

Even the .224 Valkyrie—designed to shoot heavy-for-caliber bullets—has difficulty keeping up at close range. From the Fusion line again, the 90-grain Valkyrie round is nearly 200 ft-lbs. the Grendel’s inferior at 100 yards.

If you only have eyes for a range queen AR-15, you should look Valkyrie every day of the week and twice Sunday. The newish cartridge's downrange performance is exceptional, in many respects mirroring or surpassing the storied 6.5 Creedmoor 1,000 yards and beyond. That said, the 6.5 Grendel isn’t a slouch.

From 800-yards in, it proves extremely flat shooting and displays excellent ballistic characteristics. And with some patience and understanding, it’s more than capable of connecting at 1,000 yards.

An easy task? Most certainly not, but if you felt the need to bang steel that far out and were willing to take the time to work out your dope, the Grendel will respond.

The 6.5 Grendel Is Relatively Inexpensive

This is a big selling point for the 6.5 Grendel. Not only is it inexpensive to feed—in many cases as cheap as 5.56 NATO—but also to get into.

If you have an existing AR-15, all you need is an upper and cartridge-specific magazines and you're on your way to shooting Grendel. Maybe you're looking at a $350 to $400 expenditure going this route. But, if you shop a fully built Grendel AR-15 won’t break you.

Diamondback and Palmetto State Armory both have economical options that come in around the $600-$700 mark. Though, if you’re looking for the most cutting-edge rifle out there, the sky’s the limit on what you can spend. Alexander Arms rifles come in around $1,500 and Brenton USA and Wilson Combat 6.5 Grendels start north of $2,000.

Recoil. As distances have extended shooters have become more conscious of this factor pertaining to accuracy. Flinch shatters accuracy like fine China against a brick wall and slows shooting to a snail’s pace.

Even the relatively manageable .308 Winchester can prove too much for the recoil sensitive. But the 6.5 Grendel is about as mild-mannered as they come. Certainly, there's more “kick” to the Grendel than the 5.56 NATO, but not so much as to decay accuracy or shot-to-shot swiftness.

To be sure, the 6.5 Grendel isn't the end-all, be-all answer to hunting. What cartridge is? But it certainly fills an important niche. Those looking for an option that will put down deer- (perhaps elk) sized game at ethical hunting ranges from an AR platform, Alexander's gem is second to none. And yes, you get skilled enough with it, you'll ring steel at a country mile with the Grendel. Honestly, what's not to like about that?