The best long-range cartridges are those that are flat shooting, feature aerodynamic projectiles and have enough power to go the distance. Find out which ones made the cut.

What are the best long-range cartridges:

You know what they say about opinions. Yep, when it comes to long-range shooting and the best cartridges for the job, everyone’s got one.

Really though, some cartridges simply outperform others at long ranges. That’s why so many competitive shooters and others who shoot at targets visible only through a spotting scope choose just a handful of calibers.

Some, like the .308, are as popular as the most common hunting cartridges, while others are a bit more obscure, making headlines only in the tight-knit long-distance competitive shooting community. No matter who uses them, they have one thing in common: They hit their mark at quadruple-digit ranges. 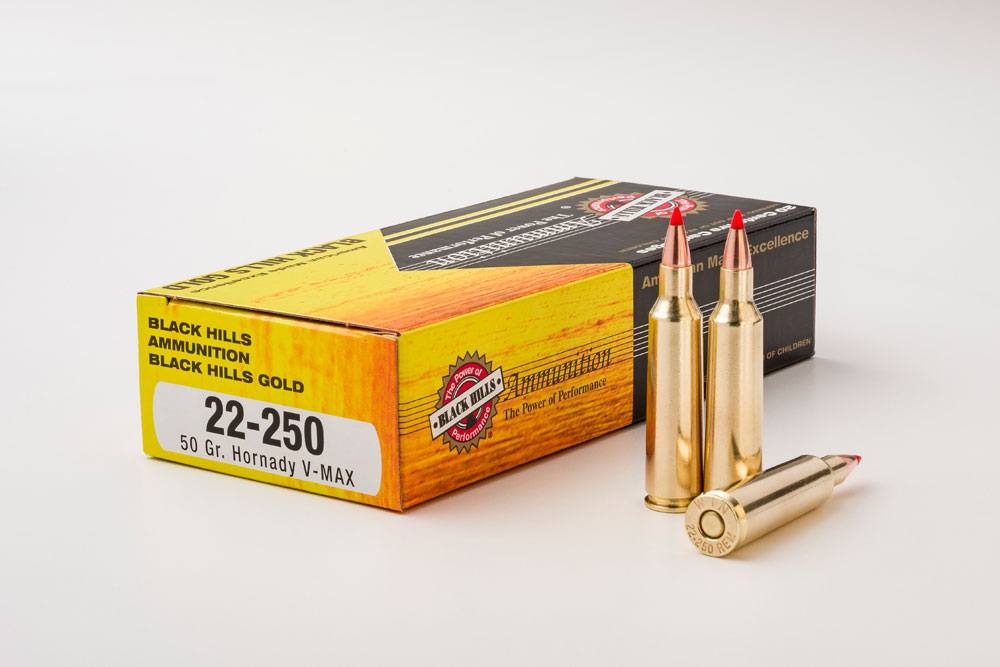 The .220 Swift has somewhat better ballistics than other .22 centerfires, but with the growth in popularity of .223/5.56 firearms, the super-fast Swift has fallen out of favor with shooters. As such, factory-loaded ammo choices that are made specifically for long-range shooting are virtually non-existent. That’s why the .22-250 is a superb stand-in. It’s fast, flat and accurate, and although it has a relatively low ballistic coefficient, it’s a good choice for long-range varmints and even steel. Black Hills’ Gold .22-250 is a good all-purpose load and is loaded with a 50-grain Hornady V-Max bullet. It has a 3,700 fps velocity and 1,520 ft.-lbs. of energy. The G1 ballistic coefficient is .242. 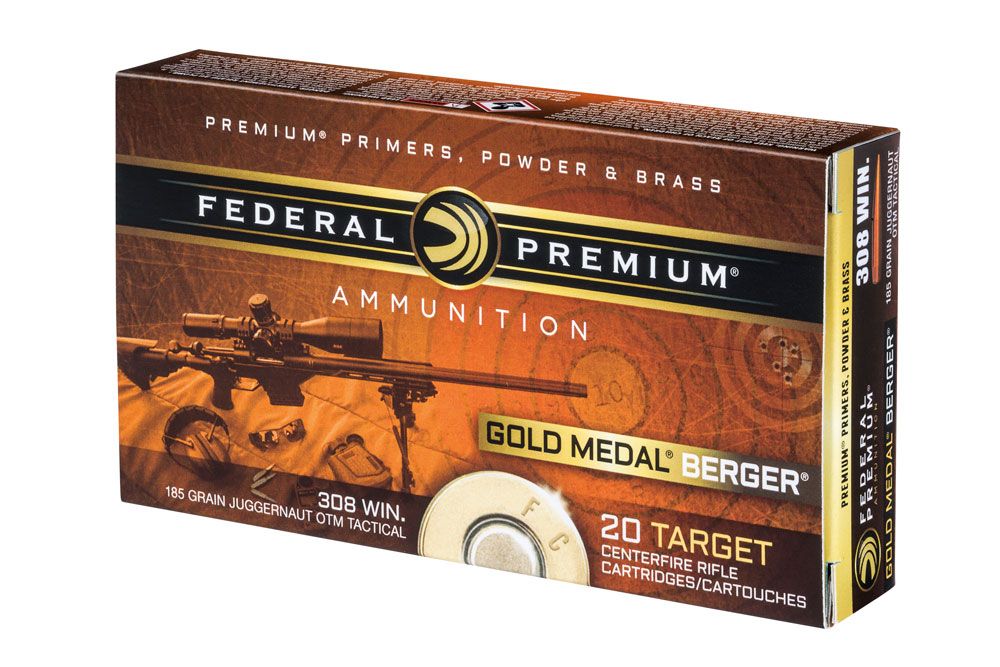 Is it any wonder the .308 Winchester has long been a favorite long-range cartridge for snipers and other shooters for years? It’s not only widely available; the venerable .308 is also factory loaded with a range of bullet sizes and styles. Many of them use the highest-quality components and offer outstanding performance at mind-blowing distances. Federal Premium’s Gold Medal Berger .308 rounds use a 185-grain Berger Juggernaut OTM bullet, Gold Medal match primers and a specially formulated powder for total consistency and accuracy. It has a BC of .552 and a muzzle velocity of 2,600 fps. Winchester introduced this powerful belted cartridge in 1963, and it quickly gained a loyal following with hunters and target shooters alike. It’s a popular round at long-range matches, and it’s well suited for a variety of long-range hunting situations, particularly for large-sized game. Hornady’s Match .300 Win. Mag. ammo is loaded with the highest-quality components, including 178-grain ELD match bullets. They have a BC of .547, a muzzle velocity of 2,960 fps and 3,462 ft.-lbs. of energy.

Read More: The .300 Win Mag is the Answer to Your Hunting Questions Just how good is the .338 Lapua? In the hands of a skilled shooter, it’s unbeatable. It was used to make one of the longest confirmed sniper kills in combat, an astonishing 2,707-yarder. The shooter was not using factory ammo, but it’s certainly a testament to the effectiveness of this cartridge, which was originally designed for the US military in the 1980s. It’s become quite popular among long-range civilian shooters, too, and a number of rifle makers are offering high-quality guns at relatively affordable prices. Hornady makes a match bullet that is tough to beat on the range. The 250-grain BTHP has a BC of .670 and a muzzle velocity of 2,860 fps.


Read More: Is the .338 Lapua Magnum the Ultimate Long-Range Round? Few recently introduced cartridges have garnered so much attention in the shooting world as the 6.5 Creedmoor. It has done so for good reason. Hornady’s 2007 modification of the oft-forgotten .30 TC was designed specifically for precision target shooting. It quickly became a common sight at matches. It has since become a popular hunting caliber, too, and is available in a wide range of rifle makes and models. A number of ammo manufacturers offer high-quality long-range 6.5 Creedmoor ammo, including Barnes. The company’s new VOR-TX LR ammo is ideal for hunting and is loaded with Barnes’ all-copper LRX bullets. The 6.5 Creedmoor uses a 127-grain boat-tail bullet with a BC of .468.


See Also: Which 6.5 Creedmoor Ammo is the Best? Here are Our Top Picks If there’s a common theme with long-range shooters and at long-range shooting competitions, it’s the 6.5mm. Whether it’s the Creedmoor, the 26 Nosler or a host of other 6.5s, there are lots of choices. There’s obviously a good reason for that. It’s a great, mid-sized bullet that offers some great characteristics: light recoil, super-fast bullets, flat trajectories and high ballistic coefficients. The 6.5-284 Norma is all of those and more. Originally a wildcat cartridge based on the .284 Winchester, the 6.5-284 is not as popular as a few other 6.5s, so factory ammo choices are not as abundant. Just a few brands are available. Nosler’s Match Grade ammo is loaded with a 140-grain Custom Competition HPBT bullet. It has a muzzle velocity of 2,750 fps and 2,350 ft.-lbs. of energy. The BC is .529. 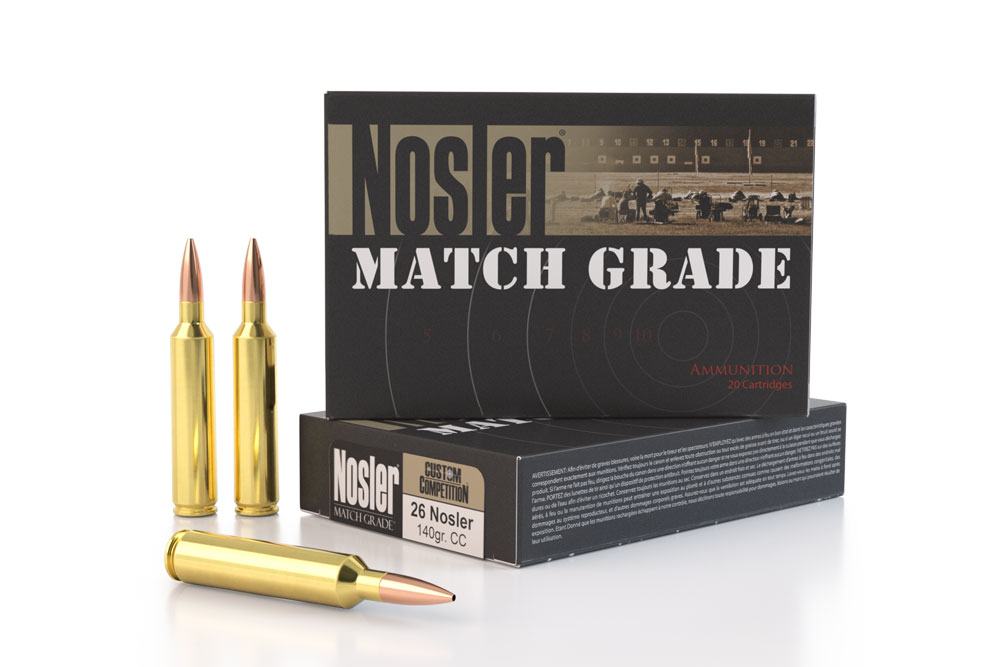 Did the world need another 6.5 option? One look at the numbers of the 26 Nosler, and the answer is obvious. Introduced just a few years ago, it is a blazing-fast, super-flat, sweet-shooting cartridge that may be one of the best long-range cartridges ever. Since it is Nosler’s own cartridge, the Bend, Ore., company is one of just a handful of manufacturers offering factory-loaded ammo. The good news is that Nosler has fine-tuned the bullet, powder, primer and case to make a near-perfect round. The Match ammo is loaded with a 140-grain Custom Competition HPBT bullet, which has a BC of .529. Rifles are also limited to a handful of manufacturers, including Nosler, but as the cartridge grows in popularity, so will the gun options. ($49.95; Nosler.com) It’s not necessarily a go-to round for match shooters, but the 7mm Rem. Mag. does have excellent ballistics, along with a number of great options for reaching targets at ranges exceeding 500 yards. It also has a great selection of bullet weights and styles. That’s why it ranks high for long-range target shooting and hunting. Introduced in 1962, this belted cartridge also has less recoil than a .300 Win. Mag. — while offering nearly similar ballistics. Black Hills offers a good long-range load in its Gold ammo with a 154-grain Hornady SST bullet. The BC is .530, and the muzzle velocity is 3,000 fps. As its name implies, the 6mm Bench Rest is a top choice among match shooters, scoring high in long- and medium-range competitions worldwide. It’s incredibly accurate, it has minimum recoil, and it’s available in a wide variety of bullets for handloaders. Factory ammo? Not so much. Just a few options are available, but most all of them are made with precision shooters in mind. Norma uses 105-grain moly-coated Berger hollow points, which have a BC of .517.