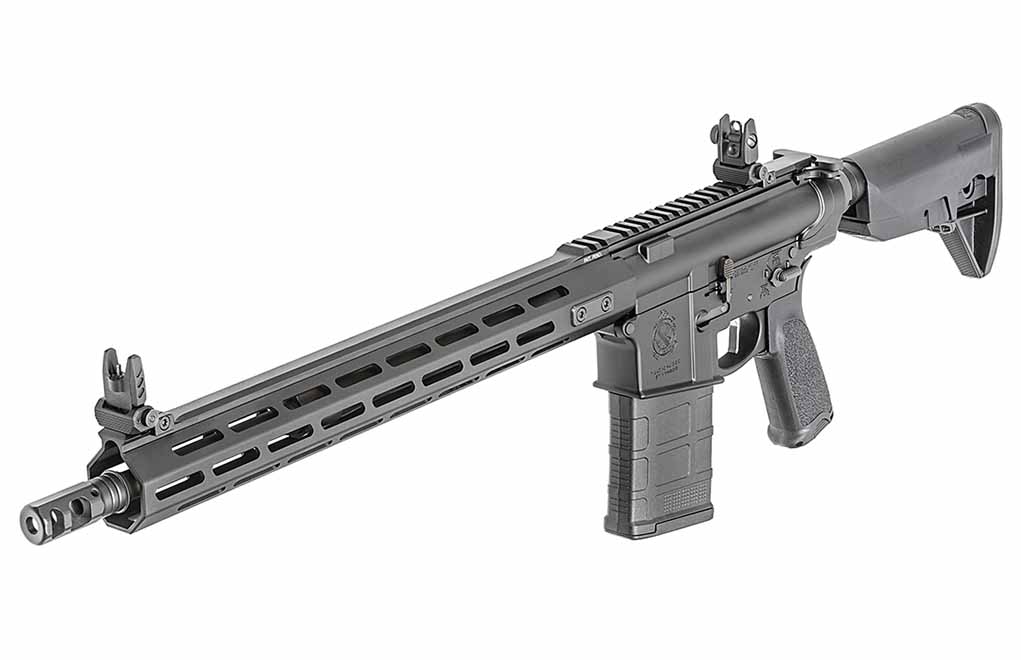 Springfield Armory goes big in its AR line with the introduction of the SAINT Victor .308.

Halleluiah and pass the ammo! It’s an AR-10.

The SAINT Victor .308 comes only months after Springfield Armory kicked off the line of high-end AR-style rifles. And, given the scant choices compared to AR-15s, should prove a welcome option for those who require a little more punch per trigger pull. Perhaps the rifle’s biggest selling point is its price isn’t through the roof with an MSRP of $1,399. Yes, there’s certainly cheaper available, but perhaps not with the SAINT Victor .308’s litany of features.

For those who have studied the AR-15 end of the line, the larger-caliber option shouldn’t throw any curveballs. Same as its smaller cousin, the SAINT Victor .308 includes:

Also, the rifle comes outfitted with Springfield’s Accu-Tight system, a tension screw that reduces movement between upper and lower receivers.

Learn The AR-10 Inside Out:

While not detailed in Springfield’s literature, the SAINT Victor .308 appears a DPMS pattern AR-10, judging from receiver geometry. Makes sense, given it opens the rifle’s compatibility to a greater swath of aftermarket parts.

The SAINT Victor series of rifles and pistols from Springfield Armory are designed as purpose-built defensive firearms, and manufactured to professional standards for unrivaled performance.

Never before has Springfield Armory offered the popular SAINT® family of rifles in an AR-10 platform, until now. For those who prefer the .308 Winchester/7.62 NATO cartridge, the SAINT Victor .308 is the ultimate lightweight personal defense rifle. Weighing in at only 7.8 lbs., this rifle is purpose built to offer serious power in a quick handling configuration.

The SAINT Victor .308 features a 16” lightweight profile CMV barrel that is Melonite® coated inside and out to provide maximum corrosion resistance, and is partnered with an M-Lok free-float 15” handguard that protects the mid-length gas system, chosen for its smooth recoil impulse and reliability. The SAINT Victor .308 features a full-length “interrupted” rail to reduce weight and accommodate modern shooting styles, and the Accu-Tite tension system eliminates movement between the flat-top upper receiver and the lower receiver, ensuring a rock solid feel.

The SAINT Victor .308 also features a pinned low-profile gas block, a must-have on a serious use defensive AR rifle. High-quality spring-loaded flip-up sights are included, and a Springfield Armory designed muzzle brake eliminates barrel rise and softens recoil. An enhanced nickel-boron coated single-stage flat trigger provides more surface area for improved trigger contact. The end plate on the rifle features a QD mount for sling attachment. The SAINT Victor .308 features an enhanced bolt carrier group that is also Melonite® finished, with a 9310 steel bolt that is MPI-tested and shot peened for the utmost reliability. A 20-round Magpul Gen M3 PMAG is included.

For more information on the SAINT Victor .308, please visit www.springfield-armory.com.