Powerful, shootable and, above all, versatile, in pistol-caliber long guns it's tough to top the .357 Magnum.

Why the .357 Mag. outdoes other pistol calibers in a long gun:

Pistol-caliber carbines and rifles generally get a bad rap. “Sure,” sing the naysayers, “they’re fun for plinking, but what else are they good for?” Generally, this sentiment bubbles to the surface because these doubtful souls target intensify on one particular class of pistol-caliber long guns — semi-automatics. If they happened to step-up to a revolver magnum, say in a lever-action, many of their complaints might very well evaporate. 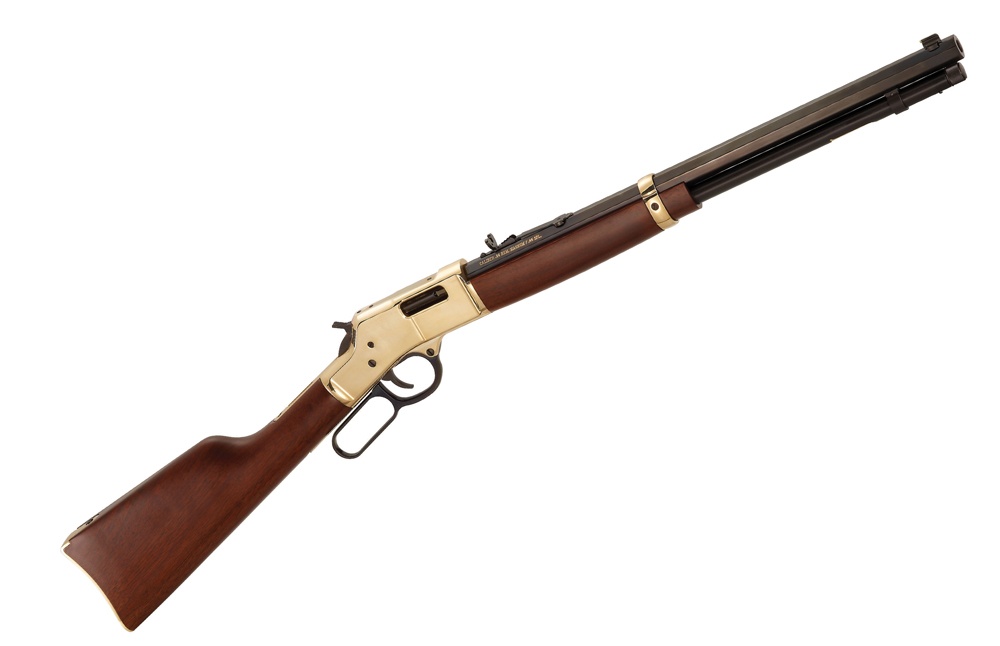 Far from putting a moped engine in a half-ton truck, revolver magnums more than hold their own coming out of a rifle or carbine. Gaining substantial velocity and reducing recoil, the powerful cartridges becomes almost a different creature with added inches of bore. Admittedly, you won’t curl up on a rocky ridge and drop a round in on a crow’s eye from 1,000-yards out with a Henry Big Boy or Winchester Model 1873. But most sober shooters don’t expect this sort of performance out of this class of rifle; just like they wouldn’t anticipate coming out on the winning end swatting coastal brown bears with a .22 LR.

The understanding is you get a rifle born to raise hell from around 100-yards in. One that shoots fast, hits hard and is dancer nimble. For most, with an honest appraisal of their practical shooting, such a gun would potentially handle 90-percent of the situations they routinely face.

Presently, there is a fair selection of revolver magnum long-guns, generally found in the most popular of the calibers — .327 Magnum, .357 Magnum, .41 Magnum, .44 Magnum and, while not a magnum, .45 Colt. But, if you were going to jump into this end of the firearms world, what would be the best chambering? Depending on what you look to get out of the long gun any of them are potentially solid choices. But for an all-around performer, it’s difficult to beat a .357 rifle. Delivering everything you’d want from a pistol-caliber long gun, the granddaddy magnum covers nearly all the bases and even a bit more.

Shootability
All magnums are tamed considerably out of a rifle or carbine compared to a handgun, but the .357 Magnum is among the most pleasant to shoot. Out of 6-pound Marlin 1894 or 8-pound Henry Big Boy, recoil is a mere suggestion of what it is out of a 6-inch barreled revolver. This feature alone makes the caliber available to more shooters, some who perhaps shied away due to the wrist-snap inherent in any magnum cartridge.

Furthermore, the mild nature of a .357 rifle opens the doors to some truly wicked loads. Most wouldn’t get too fired up about pitching Buffalo Bore’s .357 Magnum Heavy Outdoorsman, a load that throws 180-grains of hard-cast lead at around 1,400 fps, from a revolver. Conversely, out of a long-gun such a round is barely a second thought, even for young shooters and the most recoil sensitive.

Performance
As even novice shooters are typically aware, more barrel means more velocity. But when it comes to extra bore, of all the revolver cartridges the .357 Magnum responds best. An example is in order. Using data from BallisticsByTheInch.com, out of a 16-inch rifle the .357’s velocity jumps on average around 500 fps at the muzzle compared to out of a 4-inch revolver. Furthermore, with the right load the magnum can easily break the 2,000-fps mark. For a pistol cartridge that’s moving.

Economy
This is somewhat negligible when talking magnum to magnum. Certainly, the .357 generally comes in cheaper than the .44 Magnum, but not at an earthshaking margin. A quick, unscientific survey of Midway USA’s offerings puts the difference at around .20 cents a round — a little more or less depending on the brand. Yet, a .357 rifle has a price advantage over the other cartridges when you consider its parent — the .38 Special. You heard right, similar to almost all magnums you get a twofer with the .357 rifle, which is compatible with the .38.

The magnum’s parent cartridge isn’t 9mm cheap, but it tries its hardest to flirt in that direction. Shop well and each trigger pull with .38 Special will run you less than .40 cents. Furthermore, there’s a lot of ammo to choose from below this mark, not just one or two. This isn’t the case for the .44 Magnum’s parent, the .44 Special. It runs closer to .357 prices. You aren’t going to get magnum performance out of most .38 Special ammo. But plinking tin cans or punching paper, you probably won’t care.

Even with the deluge of semi-automatic pistols in recent decades, the .357 Magnum (and .38 Special) remain among the most shot handgun calibers. A fact of which ammo makers are conscious. A testament to this, every major ammunition brand — along with most minor — load the cartridges.

Good news, given you can walk into almost any retailer that sells ammunition and find a box of .357 Magnum or .38 Special. Furthermore, the ammunition selection is excellent and diverse, particularly bullet styles. Given revolvers more utility stature nowadays, you can load a rifle up with everything from old-time semi-wadcutter target loads, wicked defensive ammunition and even tailor-made hunting options. Additionally, .357 and .38 are a bit more drought-proof compared to other cartridges, though not entirely. When there’s a true buying frenzy, they’ll get sucked up as well.

Finally, if you are a reloader both the .357 and .38 are among the most forgiving and simplest fodder for your press. Between two of the top bullet makers — Hornady and Speer — there are over 20 bullet options. More than enough to keep you busy.

Versatility
As just mentioned, one of the grand aspects of the .357 Magnum — tack on .38 Special for safe measure — is ammunition diversity. Between the two cartridges, there is a load and bullet for all occasions — from shoot-all-day target rounds to blister-hot hunting ammo. A spectrum that wide, a .357 rifle is suited for almost any duty you can cook up, short of long-range tasks. 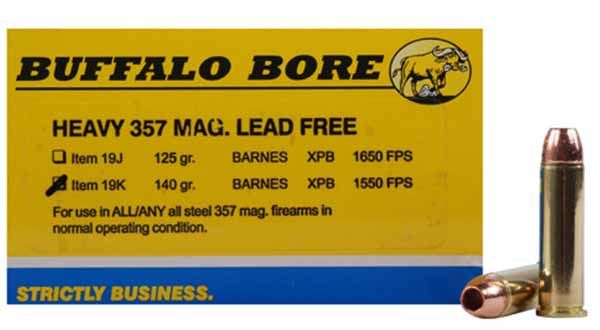 Hunting wise, in the right hands and with the right load, the .357 Magnum will hammer everything up to deer and black bear. With that same gun you can also sling mild .38 all afternoon without once dreading the next trigger pull. This versatility is a rare quality in a rifle.

Utility
Outside of fun gun or throwback shooter, .357 rifles are mainly called into hunting duty. Good reason too, they more than do the job.

There are hunters that make kills flirting with 200 yards, doable with the appropriate round and a firm understanding of its ballistics, but overall inadvisable. It takes intimate knowledge of the .357 Magnum to make such a shot, given most rounds will drop more than a foot at 200 yards and get bullied by the wind. Close in it’s a much safer bet, where the rifle is pure dynamite. At the same tick, a .357 rifle isn’t pigeonholed as purely a hunter. It’s nimbleness and speed — at least the level-actions — make it an ideal truck gun or defensive firearm in a pinch. And if you have an eye toward prepping for the worse, the rifle gives you the flexibility to feed it and a handgun from the same trough. Nothing to scoff at when flexibility is key.

Parting Shot
Admittedly, the .357 rifle isn’t a do-all long gun, but comes pretty close. The nearly 100-year old cartridge still has the stuff to dazzle even in an era of hand-cannon options.

At the same tick, even the greenest shooter can master the .357 Magnum — particularly out of a long-gun. For a young hunter, it makes an excellent choice for a first rifle and there are few other options as forgiving on the recoil shy. But don’t think it’s strictly for novices and the sensitive. Well-seasoned marksmen can and will find a load of uses for this time-tested cartridge enhance with extra bore.

Those who shoot it know, there’s a lot to love about the .357 Magnum and more of it to love when shot through a rifle.