Properly communicating with police after an incident that involved lethal force will save you trouble in the long run.

Massad Ayoob clearly makes the case for communicating with police early on post incident. His excellent book Gun Digest Book of Concealed Carry: 2nd Edition clearly indicates that oftentimes the first person to call the police is construed as the victim. I could not agree more. Further, police often respond to fight calls or incidents where both parties involved claim innocence and insist the other side started it.

If the other party has friends or witnesses and you don’t, expect them to all point the finger at you regardless of your assailant’s guilt. If you have witnesses as well, police will take statements from both sides, but unless there was a bus full of nuns who witnessed the incident, you will likely be treated as a suspect until your innocence is proven by investigators.

You have to understand that police have a very jaundiced eye and that everyone claims innocence. Even suspects with guns or dope found in their pockets exclaim, “Those ain’t my pants!” or “That’s not my gun!” Because of this, uniformed responding officers treat everyone in a shooting as a suspect at first. It is in their vital interest to secure and stabilize the scene.

You need to respectfully articulate, “I am the victim! That man tried to rob me!” or whatever the crime may be. As Mas Ayoob points out stating, “I will sign charges!” is a good thing because many police deal with uncooperative “victims” (usually bad guys themselves) who refuse to prosecute their assailants.

Avoid statements such as, “I didn’t mean to shoot him” or, “The gun just went off…” These types of statements indicate the shooting was not intentional or was accidental, which destroys an intentional self-defense claim later. These types of statements are made by law-abiding citizens who are not used to violence. What they really meant to say was, “I didn’t want to have to shoot him. He left me no choice.” These spontaneous utterances will be recorded by officers in their Action Taken reports or addendums to the investigator’s report and can hurt you later if/when you make an official statement. 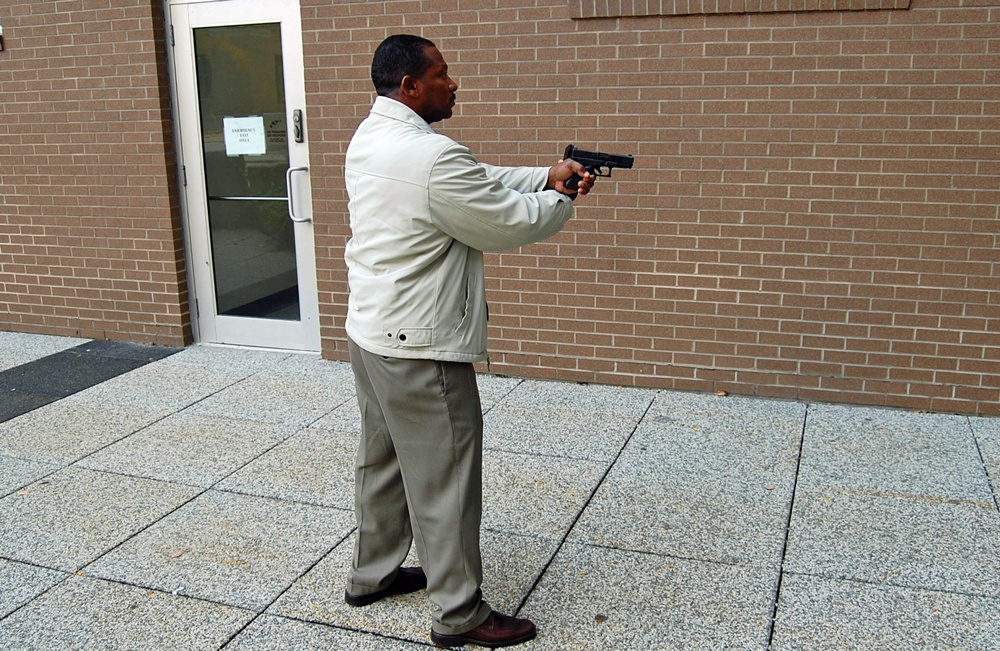 Keep your mouth shut except for the following. Officers frequently get in trouble when they shoot their mouth off or make statements indicating anger. It is completely understandable why you might be fairly well upset about a man who just tried to kill you or your family but making statements such as, “F*ck you! You got what you deserved! I hope you f’ing die!” indicate anger to most witnesses. Verbal parting shots as the suspect is wheeled away on a paramedic gurney such as, “See you later sucker!” or similar will not go over well with a possible jury later.

Limit what you say to uniformed police on the scene or to investigators who show up. You do want to clearly state:

Most cities have victim advocacy programs that actually help victims of crime. They can provide emergency housing, advise you on the legal process and even provide funds for new deadbolts or a new door, for instance, if you cannot afford them. Victim advocates will “hold your hand” during the trial of your suspect and the involved legal process.

Victim Assistance has been a long supported charity of my wife and mine, because they really help the victims of crime. That said some may be anti-gun, so they may elect not to aid you after a shooting.

Editor's Note: This article is an excerpt from Citizen's Guide to Armed Defense.