Whether law enforcement, military or personal defense, Glock pistols are everywhere in the modern gun world. But why exactly do the pistols continue to dominate the market?

What Are The Assets That Drive Glock Pistols' Popularity:

Unless you’ve only recently given up a near half-century of monastic life, you’ve heard of Glock. It’s impossible not to have, even if you aren’t a gun guy or gal. The polymer, striker-fired pistols are abundant as the air we breathe and cut a swath wide as the Amazon River at flood stage. The pistol is here, there, everywhere. But why? 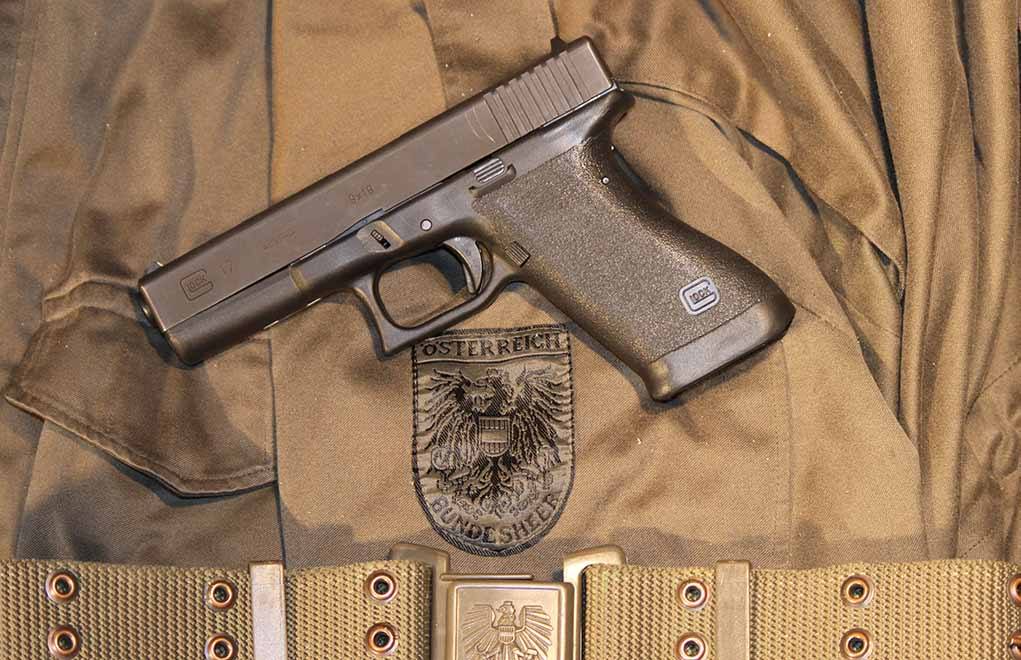 Absolute classic pistol designs abound in the modern world. And at reasonable prices, if you’re willing to do a bit of hunting. It’s as feasible to get your hands on a quality 1911 or a Sig Sauer P226, even a vintage Browning Hi-Power that ticks like a clock as it is one of the many models of Austrian perfection.

Yet, Glock dominants like no other, filling the holsters of military, law enforcement and armed citizens worldwide. Love ‘em or hate ‘em it’s quite a feat. Yet there are some pretty basic qualities Gaston Glock engineered into his pistols that make them as popular as free $100 bills.

Let’s take a look at what makes the Glock – no matter the model – among the most used pistols of the here and now.

Glocks are as plain as a drive through Kansas. This is a good thing. When you’re talking about a firearm intended for defensive use you want a streamlined system. In fact, there are only three external controls you have to master – magazine release, slide stop and slide lock. The external safety is a second thought, given it’s incorporated into the trigger and deactivated when you place your finger on the bang switch.

The factory trigger also plays a role in making the pistols user-friendly. While commonplace now, a 5-pound pull weight was a marked break from the 10- to 12-pound pulls the double-action revolver, which dominated the early 1980s. Suddenly, folks that were fair to middling shooters started knocking the bullseye out on a consistent basis.

Glock pistols are also light. Certainly, a boon for professionals who could trim their overall daily burden substantially carrying the polymer pistol. For instance, the 6-round .357 Magnum Smith & Wesson Model 13 was utilized by the FBI weighed in at around 31 ounces unloaded. Compare that to the 17-round 9mm G17, which comes in at right around 22 ounces unloaded. That’s substantially less heft, with a load more firepower. An aspect not lost on armed citizens when concealed carry picked up steam.

Gaston Glock wasn’t originally a firearms manufacturer. He actually made knives and entrenching tools. Though this lack of experience might have helped ensure the company kept its overhead low. 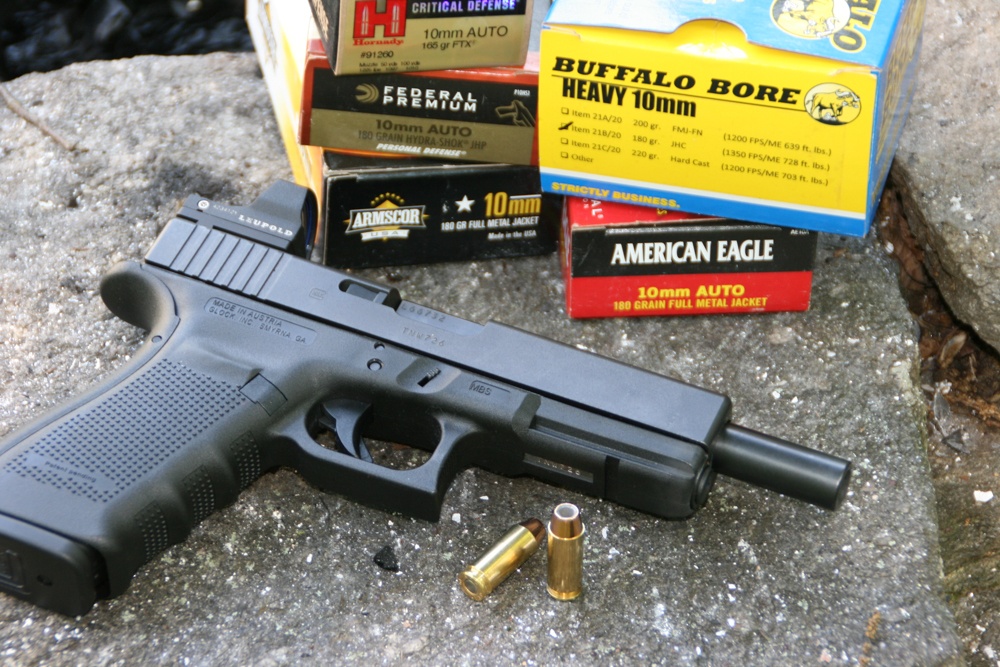 Given Glock had the design of the G17 before he has the facilities to build it, the company tailored its manufacturing to the gun. In turn, they put together what became highly efficient and profitable process.

Given almost all gunmaker's pistols are identical in function and design, the company continues to offer guns that are competitive with or well below its competition. Unless you’re paycheck only allows you to shop the budget pistol bin, most likely you can afford a Glock … maybe more than one.

The pistols are frighteningly simple. Robb Manning lists out 35 in his book the Glock Reference Guide. Ballpark, the pistols have nearly half the parts of many other designs. To a certain extent, this makes the design more robust. Fewer parts mean fewer parts to break. Furthermore, it doesn’t take a mechanical genius in the line of John Browning to understand a Glock. More than likely, most shooters can troubleshoot general issues with the pistols given their simplicity.

As mentioned previously, the pistols are simple, thus resilient systems. Beyond that, they have become known for their durability. It might sound counterintuitive, given the company proudly boasts their guns are made up of less than 86% steel. The company is notoriously secretive about the polymer formula used to create the frame, but the results speak for themselves. Besides meeting the standards of numerous militaries around the world, there are some who have pushed their Glock to absurd lengths. One gun writer claims to have run more than 365,000 rounds through his Gen 2 G17 and it’s still kicking. Still, less hyperbolic assertions of 50,000-plus rounds – fairly commonplace – are impressive.

Out of the box, a Glock is pretty darn good. But you can make it a whole bunch better if you so desire. The aftermarket is swimming in upgrades. Factory slide stop too small? Throw on an extender. Want a more responsive trigger? Install a 3.5-pound trigger connector. Need to make your pistol low-light operational? Get a set of tritium night sights.

The sky – and your wallet – are pretty much the limit when it comes to making your slice of Austrian perfection a bit more perfect.

Proven In Professional Use

Not really a design point, but worth noting. 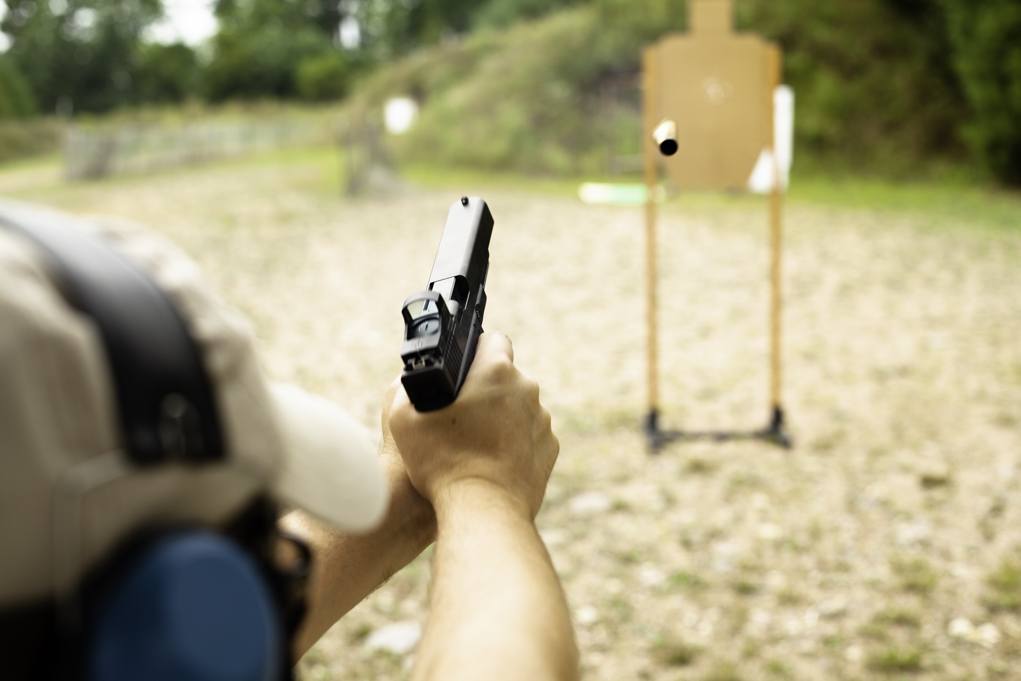 Since the G17 was adopted by the Austrian Military in 1982, only strains of the flu have spread across the globe faster. More than 50 countries’ armed forces, security agencies and police forces have adopted some model of Glock as their sidearm. And, it remains among the most used gun in American law enforcement today.

Certainly, there is an economic factor, in the company produces affordable pistols. But there’s more to it than simple dollars and cents. Glocks perform and, for the most part, good shooters perform well behind the business end of one.

Glock Articles You Need To Read

Now that we’ve gone over why Glock pistols, in general, are so popular, it’s time to look at individual models. Here are some looks at and reviews of the ubiquitous and hard-charging pistols. Consider it your one-stop clearinghouse for everything Glock.

Nearly the perfect compromise between full-sized and sub-compact, the G19 continues to be a top choice in double-stack 9mm pistols.

When it comes to lightweight carry pistols, the G43 is nearly the best there is — find out why.

An absolute icon, the G17 made the modern handgun world what it is today. Learn how it changed the face of handguns.

Searching for the ideal double-stack carry pistol? Look no further than the time-tested Glock 26.

Kicking off the single-stack striker-fired craze, the .380 ACP G42 is a true game-changer.

Using the G17 as a model, the gunmaker tried to catch lightning in a bottle again with the G22 — this time in 40 S&W.

Now available with a system to add a reflex sight, this 10mm has only gotten more on target with time.

The G20 has proved itself a capable self-defense gun. But know what? The 10mm is more than enough on the hunt as well.

There might not be a more comfortable way to carry 11 rounds of .45 ACP than the double-stack G30.

Shooting like the proverbial house on fire, the full-sized G41 milks everything out of the .45 ACP and more.

Built with the gunmaker’s simple dependability, the Glock 43X offers shooters a slim and effective concealed carry choices in 9mm.

Thin and well proportions, this Slimline option is a true performer.