Sometimes, lesser-known powders are exactly what a rifle needs to transform from ‘goat’ to glorious.

What Are The Overlooked Powders That Perform:

We all have our favorite powders, just as we have our favorite bullets. Yet, just as bullet technology changes — and a new release might prove to be a panacea for a supposedly problem rifle — sometimes using a powder that doesn’t have the long-term reputation of the more famous varieties can be a real problem solver.

Yes, I’m a huge consumer and devotee of the IMR, Hodgdon, Alliant and Winchester powders, but there have been numerous times where the lesser-known powders have saved the day. I’m talking about Ramshot, Accurate, Norma and Vihtavouri powders. While often overlooked, they have quite a bit to offer the handloader, and I’ve relied upon them for some fantastic performance. Norma powder is the product of the ammunition company of the same name — famous for its excellent component brass in reloading circles, as well as the performance of their ammo — and is excellent stuff. Their 203B, URP and MRP give a wide spectrum of burn rates and applications, but the Norma 200 and I became fast friends.

I was looking for a powder to drive the light-for-caliber 230-grain Cutting Edge Raptor bullet in the .375 Holland & Holland case, specifically for a plains game safari. When I began trying different powders, I was getting lukewarm accuracy — probably tight enough for hunting but certainly not inspiring — until I reached for the can of Norma 200. I watched three bullets print a ¾-inch group at 100 yards, and I had what I was looking for.

Cruising along at just over 2,800 fps, this combination has made several safaris in the hands of a number of friends as well as my wife, having accounted for zebra, blue wildebeest, sable, warthog, impala and more. It has performed here in the States on whitetail deer in temperatures well below freezing, as well as in South Africa in November where temps exceeded 110 degrees.

Norma offers a powder for nearly every cartridge, from the faster-burning 200 and 201, through 204 and the slow-burning 217 and MRP. The entire Norma African PH line — famous for its accuracy and consistency — is handloaded in Amotfors, Sweden, with Norma powder. When you see the .404 Jeffery, .416 Rigby and .470 Nitro Express print those excellent groups, you’re seeing the performance of Norma powder. 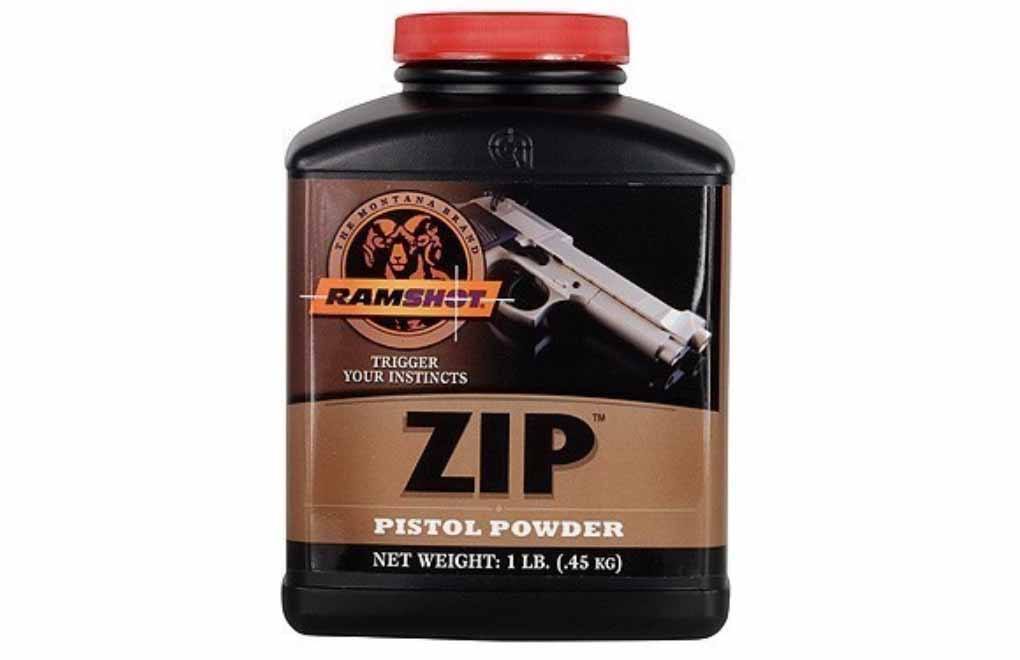 Ramshot also offers some great powders, which are too often overlooked. My buddy, Mike Buser, has his grandfather’s Savage Model 99 in .300 Savage that absolutely giggles at factory ammo — you could sense that the old lever gun took pleasure in printing shotgun patterns instead of groups.

He’d nearly given up on the gun until we tried some handloads. We brought things down under 2 inches, but it was Ramshot’s spherical TAC powder that caused us to take pause. The first group printed 7/8-inch, which we thought may have been a fluke, but the next three groups proved us wrong. Topped with 165-grain Sierra GameKings, this rifle went from goat to hero, and it now sees the deer woods each fall.

This powder has given life to more than one .300 Savage; it just seems to be perfect for the old cartridge. It works with traditional cup-and-core bullets, such as the aforementioned Sierra, as well as the monometals. I loaded up a box of .300 Savage for Craig Boddington when he took a vintage Model 99 pig hunting in California — where lead core projectiles are forbidden by law — and he neatly rolled a good-sized boar with a 165-grain Hornady GMX.

Ramshot has many rifle powder offerings, including their new LRT — designed for the voluminous cases that need the slowest burning powders. It’s perfect for the Weatherby cases, as well as the .338 Lapua, .300 and .338 Norma Magnums. I’ve begun load development with LRT in my 6.5-284 Norma with several longer bullets, and while I’m seeing promising results, it’s still a work in progress.

On the handgun side, Ramshot’s ZIP powder has been a great choice for 9mm Luger, .38 Special and .45 ACP. It burns clean — much cleaner than some old standby pistol powders — and it gives good velocity with low charge weights, extending your shooting dollar. Enforcer is another good pistol powder from Ramshot, being slower burning it makes a solid choice for the .44 Magnum, .454 Casull and the big .460 Smith & Wesson. Accurate Powders has a full line of powders, some with familiar designations for rifle, pistol and shotgun. Accurate No. 9 mates up with the .357 Magnum and .44 Magnum just perfectly, especially for those who like the lead-free copper hollow-points. Both the Barnes HPB and Cutting Edge Handgun Raptors were giving unprecedented results when loaded over a suitable charge of Accurate No. 9.

Their rifle powders are equally useful, with 5744 being the darling of the older cartridges that started out being fueled by blackpowder, such as the .45-70 Government and .50-90. Accurate 4064 and 4350 — while not being interchangeable with the same designation of Hodgdon or IMR powder — offer a similar burn rate to their similarly named counterparts and are equally diverse.

Among their slower burning powders, I’ve had great results with Accurate MagPro in the .25-06 Remington, putting 110-grain Nosler AccuBonds into groups measuring less than ½-MOA. Extreme spread was less than 20 fps, and that Tikka T3 rifle has put many deer in the freezer with that load.

MagPro is a spherical powder, which can help out in those cartridges that have limited case capacity, especially when using the longer copper bullets. It takes up less room in the case and avoids the over-compression that might otherwise break the extruded powder’s grain structure; broken grains of powder will have a different burn rate and can drastically affect velocities, pressures and accuracy. Add in the fact that I personally love the way the spherical powders behave in a powder thrower or digital dispenser, and you can understand why I’m enamored with them. The Vihtavouri line of powders is the one I have the least amount of experience with, but what I have used, I liked. Vihtavouri is part of the Norwegian NAMMO Group, which includes Lapua and now Berger Bullets. They have three series of powders, the N100 series for rifle cartridges, N300 for pistols and shotshells, and the N500 series is what Vihtavouri calls its High Energy series for enhanced downrange performance.

I have several friends who’ve had excellent results with Vihtavouri powders, giving excellent accuracy and velocity. I intend to explore these options in the near future; you never know when you’ll find that magic combination that your barrel absolutely loves.

Thankfully, we have almost as many powder choices as we do bullet choices. The more common powders were, are and shall be very good choices, but the essence of handloading is the ability to control our shooting via choice of components. Having a wide selection of powders — and the competition for your shooting dollars which arises between the companies that produce them — can only benefit us. The next time you start thinking about a new bullet or cartridge, maybe it’s worth a bit of experimentation with some of the lesser-known powders. After all, diversity is the spice of life.