Gun Digest
Home Gear & Ammo Ammunition 6.5 PRC Vs 6.5 Creedmoor: What Does What Better? 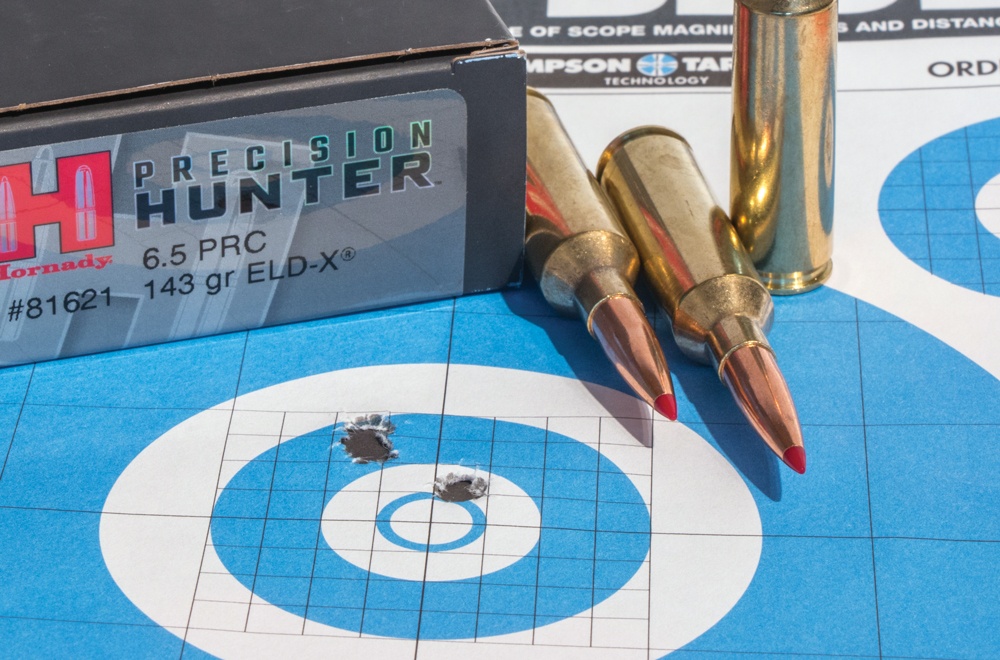 So close to be kissing cousins, is there much to the 6.5 PRC vs 6.5 Creedmoor conversation?

What Are The Defining Points Between the 6.5 PRC and 6.5 Creedmoor:

Plainly speaking, there’s been a lot of hubbub about the 6.5 Creedmoor. Granted, there’s good reason. The ballistically talented cartridge has extended the rifleman’s reach considerably, giving even novices a tool to more aptly hit at a country mile. But don’t act like the almighty Creedmoor is mankind’s first foray into the six-and-a-half, nor its most recent.

Scandinavians have packed iceboxes full of moose meat for nearly a century using the sweet little caliber (6.5×55 Swede). And it’s been in the long-range shooter’s quiver for quite a spell with wunderkinds such as the .260 Remington and .264 Winchester Magnum. More recently, the 6.5mm has taken on a new guise as a do-all beltless magnum—the 6.5 PRC (Precision Rifle Cartridge). While it hasn’t garnered as much fanfare as the 6.5 Creedmoor, the cartridge nevertheless has done its part in the meteoric rise of the 6.5. And in some cases, arms shooters with what some consider a much more appropriate tool.

So, exactly how does the 6.5 PRC vs 6.5 Creedmoor comparison shake out and which is better at what?

In both cases, the cartridges have their genesis at Hornady, under the guidance of David Emory. The company’s former senior ballistician shepherded both the 6.5 Creedmoor and the 6.5 PRC through development and to market. And while the goal of the cartridges is somewhat similar, their origins are different and add symmetry to the 6.5 PRC vs 6.5 Creedmoor discussion. As many have heard by now, the Creedmoor was born from long-range shooting competitions and back-of-the-envelope engineering between Emory and champion shooter Dennis DeMille. A bull session over the shortcomings of long-range cartridges—a majority of which were wildcats at the time—the duo hashed out a list of the characteristic for what would become the 6.5 Creedmoor. These included:

While many shooters utilize the 6.5 Creedmoor for more than ringing steel—it’s a grand medium game cartridge—its birth came about through competition. For the 6.5 PRC, match gold was only half the aim.

George Gardner, owner of GA Precision, had a dual-purpose in mind with the supersized 6.5—hunting and Precision Rifle Series competition. A tough nut to crack, given the two pursuits are at odds by some accounts. Particularly when it comes to PRS rules, which dictate sanctioned cartridges cannot have muzzle velocities exceeding 3,200 fps. To this, he wanted the highest ballistic coefficient (BC) bullets compatible with the cartridge. Furthermore, Gardner also desired a cartridge compatible with a short-action receiver—all the more efficient in competitive situations. After a brief diversion—due to brass shortages—into the 6.5 SAUM (Short Action Ultra Magnum), the concept came to fruition in the 6.5 PRC.

Not miles away, but different enough, the development parameters for the cartridges define the 6.5 PRC vs 6.5 Creedmoor conversation. Where the Creedmoor was a harmonizing endeavor for a balanced competitive cartridge, the PRC was one pushing the redline without going over. In both cases, easier said than done. But difficult to argue successfully accomplished on both counts. Essentially, the dividing characteristic between the 6.5s is their cases. For the 6.5 Creedmoor, Emory and crew turned to the Hornady-developed, though somewhat obscure .30 TC for the parent. What drew them to it were some admirable dimensional traits. In particular, minimal body taper and a 30-degree shoulder angle gave vital capacity to the 1.920-inch case allowing it to seat the long 6.5mm bullets to maximum COL (cartridge overall length), without displacing powder.

Again, Hornady looked in-house for a parent case for the 6.5 PRC—the .300 Ruger Compact Magnum. Providing just the right balance between the case-capacity to reach the 3,200 fps mark at the muzzle and size to operate flawlessly in a short action, the case proved ideal for the PRC project. As a side note, the PRC does not fit the technical definition of a short-action cartridge, with a maximum COL of 2.955. Nevertheless, it works in the abbreviated actions.

The 6.5 PRC has markedly enhanced capacity compared to the Creedmoor thanks to its parent case—around 28-percent—which adds up to more velocity—the 8-percent neighborhood. This adds up downrange. A quick example might shed some light. Take Hornady’s 147-grain 6.5 Creedmoor and 6.5 PRC Match loads, topped with identical bullets (Extra Low Drag Match), with identical BCs (.697 G1). The PRC pushes its bullet from the muzzle of a 24-inch barrel at 2,910 fps compared to the Creedmoor’s 2,695 fps. That’s a difference of 215 fps, at 1,000 yards this means around 50-inches less drop and push the mark at which the bullet goes sub-sonic by another 250 or so yards.

It doesn’t take a Camp Perry shooter to realize this is a boon to precision shooters. But hunters benefit as well. Velocity is the primary factor in the consistent expansion and penetration of modern hunting bullets. The PRC has it in spades, leading some to dub it the ultimate game cartridge in the caliber, capable of harvesting animals as large as elk.

While performance certainly draws a bright line in the 6.5 PRC vs 6.5 Creedmoor debate, the cartridges’ applications once again unite them. Both are more than a qualified match and hunting options. Though, shooters organically seem to have defined which is preferred for each discipline.

While the 6.5 Creedmoor is more than capable of putting meat on the table, particularly—but not exclusively—deer-sized game and down, target and competitive shooters have tended to embrace the cartridge. On the flip side, the 6.5 PRC has dominated the hunting market with the majority of rifles chambered for it the sporting variety. Factory-loaded ammo too is also almost exclusively tailored to hunting.

Performance at the margins is probably what has segregated the two 6.5s to their respective shooting camps. The PRC is most certainly among the tamest magnum cartridges on the market but does generate a greater recoil impulse than the Creedmoor. Match shooters work to track their hits, the less kick tends to make this more feasible. Hunters can endure a blink, but failure in terminal performance isn’t an option. As stated previously, the Creedmoor is a hunter, but the PRC certainly has a magnitude of peace of mind loaded in its larger-capacity case.

Laying out the 6.5 PRC vs 6.5 Creedmoor, which is really better at what? There’s a lot of ‘Meh…” in the answer. The PRC gives the shooter a bit more range and flatter trajectory while offering a little more security when used on big game. But the Creedmoor still goes the distance, in a less punishing fashion, and can still net you a wall hanger. Really, like all things firearms, the deciding point doesn’t so much come down to the cartridge as it does the shooter.