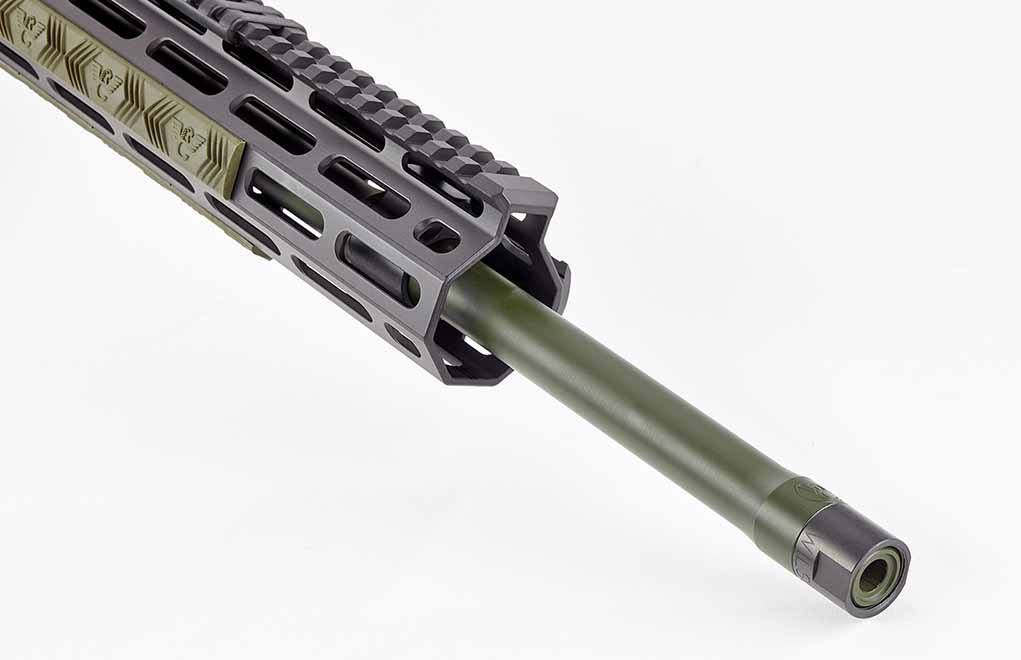 If you're shooting for the utmost accuracy, you need to consider investing in a barrel cooler.

What Are The Top Barrel Cooler Options Now:

Rumors have flown at the trap ranges about grizzled, blue-rock busters cooling their barrels on hot afternoons via a vat of water.

Old-time buffalo hunters did something similar (used liquid) to keep their irons from overheating under the blazing prairie sun. Needless to say, they didn’t have a tub of water at hand—usually only a full bladder—as if the corrosive percussion caps and primers of the day weren’t hard enough on a gun.

Either way—the dunk tank or dropping trow—it seems barbaric. Particularly nowadays. Still, if you have any interest about where you’re hitting, not to mention keeping your rifle’s chamber throat smoother than alligator skin, helping your barrel keep its cool has to remain at the top of your mind.

No Use Getting Hot Under the Collar

In a more leisurely era, the cure to a hot barrel was time. Yup; you let your rifle sit for a spell until it dissipated enough heat. Those were the days when most ranges didn’t have an hourly rate akin to electricians, dentists and ladies-of-the-night.

Even if they demand more of your hard-earned shekels, these pauses in action remain necessary. If a barrel gets too hot, all sorts of bad things happen … and frustration follows.

The most notable is accuracy decay. Squeeze the trigger 10, maybe 20, times uninterrupted, and your barrel heats up enough so that its harmonics go out of whack. “Barrel whip” is what most of us know it by. The rifle walks, groups loosen, and nerves fray.

Get On Target With Precision Shooting Gear:

With the advent of long-range optics, another consequence of a hot barrel became apparent—heat mirage. Generally a boon downrange as a wind indicator, it plays havoc in front of your objective lens when emitted by gun metal. Get your fire tube fired up, and a distant target is about as clear as the back of a cataract.

In either case, this is definitely not good; and God help you if you’re working up a load.

A heavy-barreled rifle staves off some of this … somewhat. Because this rifle takes longer to heat up and is inherently stiffer to begin with, whip and mirage are less of a concern. But riding a bull doesn’t mean you’ll completely avoided the perils of your powder’s deflagration.

This raises the question: How do you cool a barrel quickly enough so that you aren’t costing yourself money and trigger time?

As expected from MagnetoSpeed, the RifleKuhl is engineered to the hilt. Among the more interesting features is a 50-micron replaceable filter—another level of protection from gunk in your bore. Additionally, a neodymium magnet keeps it in place, and the nozzle seals against the chamber to maximize the cooler’s effect. Generally, it makes a barrel shootable in fewer than 10 minutes. MSRP: $59.99 www.magnetospeed.com

There are two different models to fit the type of gun you shoot: a Magwell Chamber Chiller for AR-style rifles and an ejection port unit, which is better suited for bolt-actions. The Chamber Chiller company tailors them to the particular calibers. So, if you pitch .50 BMG, you have a fan that’s up to the job. Conveniently, these chillers can run off both batteries and a USB cable, ensuring you always have a power source at your disposal. MSRP: $38.60 www.chamberchiller.com

This is a very compact cooler to add to your range bag. The nozzle is customizable to the chamber length of your rifle, guaranteeing that the unit pumps air where it’s needed most. Unless you shot an iron hot enough to fry eggs, the BarrelCool can get it back down to an operational temperature within 10 minutes. Furthermore, it’s shaped and colored like an NRA-certified empty chamber indicator, so it’s ready to pull double duty. MSRP: $36.99 www.barrelcool.com

This cooler has an interesting configuration: The fan unit operates well away from the chamber and connects via a length of hose and a caliber-specific attachment. This is beneficial, however, because you can situate it away from any ambient heat of your rifle, thus speeding up the cooling process. It’s a bit bigger than others, but the extra weight is worth its efficiency. MSRP: $59.95 www.area1sports.com/

Caldwell is an AR specialist, so its barrel cooler device has a number of things going for it. It has a huge fan, so it pulls in a good deal of air. Its exit port is also sizable, directing the airflow directly down the chamber. And it’s rechargeable. Certainly, a barrel cooler is a bit of a luxury, but whether you’re an F-class shooter or just working up a load, it’s a luxury worth having. MSRP: $47.99 www.caldwellshooting.com