More than 100-years-old and going strong. How the iconic 1911 still remains among the best pistol options.

The 1911 continues to soldier on more than 100 years after its design. That’s fairly impressive, given there are few other guns or, for that matter, machines in general that have shown such longevity. What made the John M. Browning design so resilient? After all, new and proficient twists to semi-automatic pistols have hit the market over the years, not to mention breakthroughs in the materials used to make them. Like all successes, the 1911 has thrived for multiple reasons. From a top-notch design to excellent manufacturing and outstanding performance, the pistol just plain delivers — from an Armscor economy model all the way up to a Gold Cup Trophy model Colt 1911. Regardless of make or price point, however, every iteration of the iconic pistol holds certain aspects in common, and that’s what we’re looking at today. So, without further ado, here are the top four reasons why the 1911 endures.

Among its greatest assets, the 1911 trigger is one of the best in the pistol world. Designed to travel straight backward, the trigger helps keeps the sights in line during this critical stage of breaking a shot. There is no play or pivot to it, just smooth, linear travel. Furthermore, as a single-action semi-automatic, it is light, short, crisp and predictable. Combine these elements and you’ve got the recipe for superior accuracy. This isn’t to say there aren’t fine triggers found in other corners of the handgun world. Yes, there are double-actions and striker-fired out there smooth as glass that will get you on target. But the 1911 trigger’s assets are part and parcel of its design. From a bargain basement entry-level model all the way through a match-grade STI or Colt 1911, the trigger far outperforms nearly everything else.

In contemporary handguns, polymer frames are king. Concealed carry calls most of the tunes nowadays, so it’s of little surprise the lightweight material has gained preference. Yet, there are advantages to sticking with cold, hard steel. Chief among them is the material’s heft.

Yes, getting used to carrying a heavier pistol such as the 1911 requires adjustment, but doing so arms you with a more shootable pistol. A gun’s weight plays a large role in how much recoil it produces. In turn, shooters generally contend with less muzzle flip with a 1911, especially the heavier Commander and Government models. Even an aluminum-framed Lightweight Commander tips the scales considerably more than most comparable polymers. There is also the durability issue. Put away your knives polymer-frame fans, we’re not talking in the short run. Polymer pistols aren’t pushovers when it comes to rough-and-tumble use; they’ll stand up to pretty much anything. Yet, the jury is still out if a century from now they’ll remain functional. Yes, they’ll still exist, there’s no debating that, but will they resist degrading or becoming dangerous? Time will tell.

John Browning’s pistol has already passed this test. There are original M1911s that still shoot today. Certainly, they too, can break down, especially the slide. However, there’s no arguing they’ve proven a legacy firearm.

There’s a reason why the 100-plus-year-old design continues to dominate competitive pistol shooting, and it’s not its striking good looks. Among the most accurate pistols available, a match-grade Kimber, Dan Wesson or Colt 1911 easily print 2.5-inch, five-shot groups at 25 yards from the box, if not better. Tuned by a competent gunsmith, the margin is further reduced. 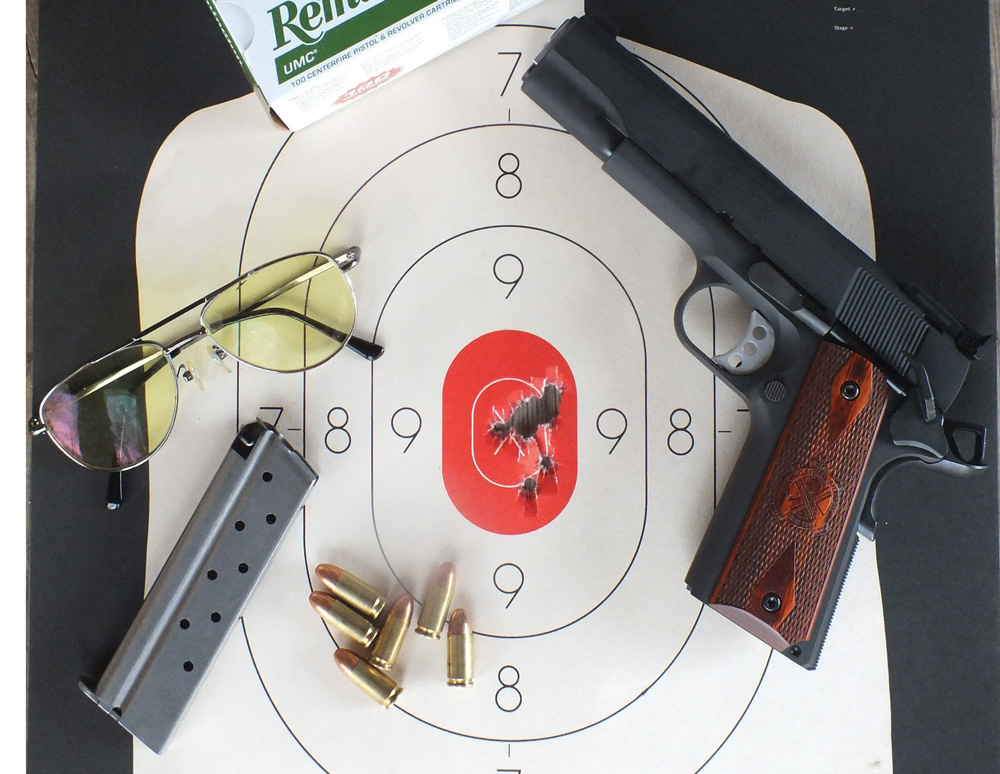 Furthermore, it’s possible to make a run-of-the-mill 1911 run like a Gold-Cup type pistol. Obviously, it takes money and a craftsman who knows his trade to bring it up to this level, but the possibility is inherent in the design.

Tangential to this, the gun’s ergonomics are superb. Its grip design makes the pistol almost a part of your body, making target acquisition second nature and building a sight picture intuitive. Additionally, the controls are right where they need to be. A testament to how well the 1911 is laid out is how many modern guns have copied it.

By now, we’re all familiar with the 1911’s story. A John M. Browning design, nearly flawless in field trials, a history of honorable service in two World Wars and countless conflicts, and the pistol is still running hard today. Few guns in production are more intertwined with American history than this handgun. When you holster the 1911, you’re truly carrying a piece of your history around with you. 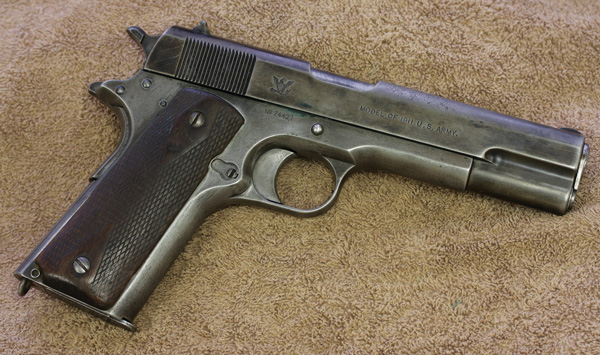 Many might write this off as a case of nostalgia and little more. But there is a practical argument as to why the pistol’s past means something today. Again and again, the 1911 has proved itself, and rarely, if ever, been found wanting – from Cantigny to the Mekong Delta. If that doesn’t provide peace of mind in the pistol you holster, little else will.

Check out these other great articles on:
Colt 1911 .45 and other chamberings
Colt 1911 competition pistols
Colt 1911 grips, holster, sights and other accessories and upgrades.