Anderson Manufacturing has just launched the A4 series of complete AR-15 rifles and pistols.

Anderson Manufacturing, mostly known as makers of AR-15 components, has just announced a new line of complete AR rifles and pistols that the company is calling the A4 Series. Comprised of four models, the Anderson A4 Series will feature three rifles and one pistol all chambered for 5.56 NATO. The A4 Series likely gets its name from the M16A4, the U.S. military rifle which introduced railed flat-top upper receivers to the AR-15 world. Of the four guns in the A4 series, only the 20-inch rifle model is truly similar to the M16A4, but they all feature flat-top uppers, traditional A-frame front sight blocks and classic-styled furniture. These would be closer to M16A4s if they included detachable carry handles, but all four models include a set of Magpul rear sights instead.

As utilitarian, basic AR-15s, the A4 Series aims to provide shooters with plenty of options for entry-level ARs. Anderson promises that the A4 Series will be both rugged and reliable, but another primary draw is their affordability, as all four firearms in the lineup have an MSRP of $599.

AM-15 A4 Carbine Rifle
Featuring a 16-inch, M4-profile barrel and a collapsible buttstock, this is the most basic model in the A4 Series. It has a carbine-length gas system and handguards, and its 4150 Chrome Moly Vanadium barrel (all models) has a 1:8 twist. 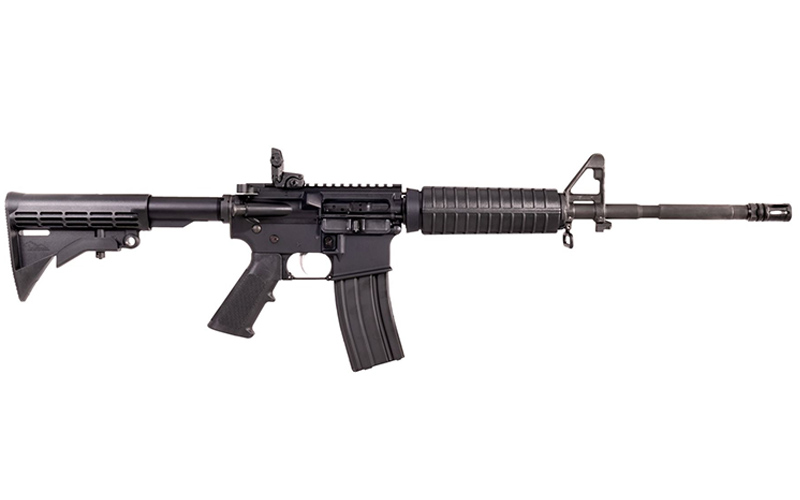 AM-15 A4 Carbine Pistol
With a 10.5-inch, 1:8 twist barrel, this is the shortest model in the A4 Series and the only one that is legally a pistol. Because of this, it comes with an SBA3 Tactical pistol brace instead of a buttstock. AM-15 A4 Mid-Length Rifle
This model is extremely similar to the A4 Carbine Rifle but features mid-length gas and handguards instead of carbine-length ones. Its 16-inch barrel also differs by virtue of its 1:9 twist rate and government-profile contour. AM-15 A4 Rifle
This is the closest model to a real M16A4, and it wouldn’t make for a half-bad clone with the addition of a detachable carry handle. Naturally, it has a 20-inch, government-profile barrel sporting a 1:9 twist, and it uses a rifle-length gas system. It also features a fixed buttstock as opposed to a telescopic one.