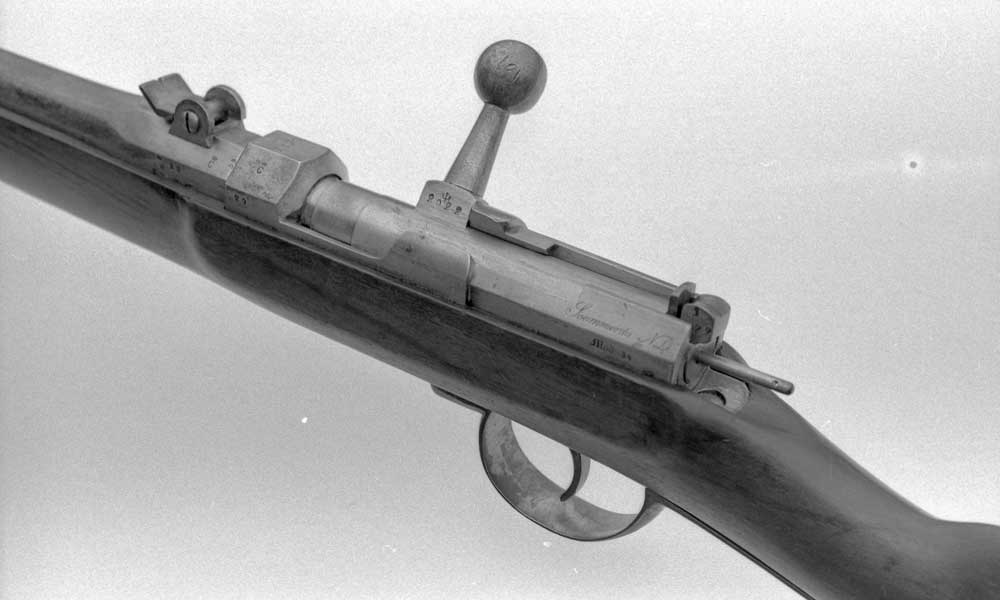 This progenitor of the breech-loading bolt-action rifle goes back to the mid-1830s and was the brainchild of a Prussian gunsmith by the name of Johann Nicolaus von Dreyse The Dreyse – like most of its progeny right up to the present day – is very much like a simple door locking bolt. Basically, it’s a rod sliding within a tube. There is a handle attached to the rod that juts out at 90 degrees, which is used to both rotate and slide the rod back and forth. The base of the handle lowers into a notch in the right side of the tube, thus acting as a locking lug. On a door, the front of the rod engages a recess in the door frame; on a gun, it seals the breech. The Dreyse employed a paper patch bullet with a percussion cap in its hollow base. The “needle” was analogous to a firing pin on a modern rifle. The only difference was that the needle had to move a much longer distance to penetrate the full length of the powder column and reach the base of the bullet to affect ignition.

Over the years, the rifle has undergone significant changes as technology and our understanding of the physical processes at work within firearms have improved. We have come a long way, and today's assortment of highly reliable, and highly accurate rifles prove this fact.

Certainly, every rifle produced advances the craft in some way, revealing what works and what doesn't and introducing new designs to build off of in the future. But what are some of the most influential rifle designs ever devised, creations that helped to revolutionize the rifle platform — and whose influence we can still see in guns produced today?

When asked what I thought were the 10 most influential rifle designs, I figured I could come up with the answers fairly easily. However, after a good deal of rumination, it seemed an especially difficult undertaking, given all the phenomenal rifles out there that have influenced current development. But, following a fair amount of research and thought, here's the list I've put together.