Ruger has given fans a pistol to pine for with the release of the new Mark IV Standard.

Ruger took the next step in the evolution of its popular semi-automatic rimfire pistol line last fall with the introduction of the Mark IV. Since then, the company has been full steam ahead with releasing a slew of new models to fill nearly every shooting need. And Ruger isn’t done yet.

Recently, the New Hampshire gunmaker added two variations of the classic Standard model of the Mark IV to its catalog. Shooters can now choose from a 4.75-inch barreled model and a 6-inch version. Whatever the choice, the pistols are dead ringers — with upgrades — of the dandy little rimfire handgun that started it all. The most notable feature of the new Standard Mark IV is the same thing that made the original so appealing: the barrel. Like the first Standard, the new version boasts the unique tapered barrel that made it stand out from much of the pistol world. Along with this, Ruger has maintained the same natural pointing grip angle that initially attracted shooters to the Mark IV and made it an intuitive shooter.

The traditional package of the Standard features all the enhancements of the Mark IV that even the most dyed-in-the-wool fans of the original Ruger rimfire pistol are sure to appreciate. 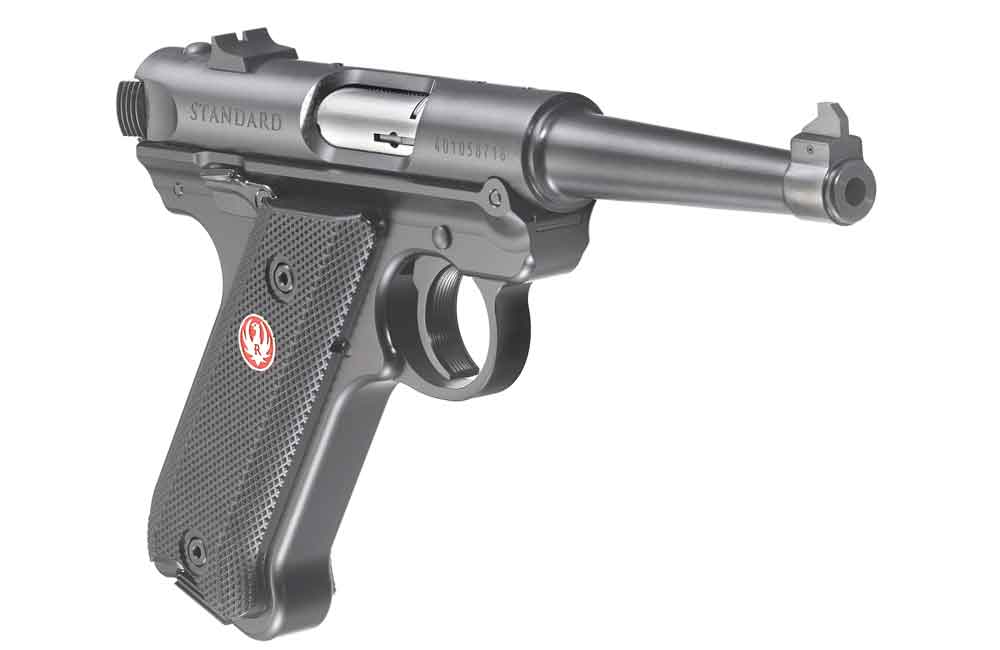 The largest upgrade to the Ruger design is the Mark IV’s easy takedown, facilitated by a recessed button on the rear of the frame. With a push, the upper receiver tilts off the grip and the bolt slides out the rear for routine maintenance. For those familiar with Ruger’s Mark pistols in all their iterations, this is a vastly simpler process.

The Mark IV line also features improvements to the hammer, sear, bolt and firing pin for more reliable feeding. They have an ambidextrous manual safety and a drop-free magazine release for faster reloads. And the new line boasts a one-piece CNC-machined aluminum grip frame, built rock solid. Presently, both the 4.75- and 6-inch Standard models have the same MSRP of $449.