Nice finish and plenty of features—but does the Polish WBP Fox measure up to more established countries' AKs?

As discussed in our previous article on WBP, they are a newer company that has been making complete AK rifles for just over 10 years. They began as a commercial enterprise, giving them less of a proven track record than state-run military arsenals like Cugir or Zastava. That being said, WBP has a relationship with the famous FB Radom plant, and some WBP components like barrels are even manufactured by FB. WBP has exported select-fire and sporter AK variants to customers across the world, for both commercial and military purposes. The WBP Fox is their semi-auto, sporter AK model that is currently being imported and sold by Arms Of America. 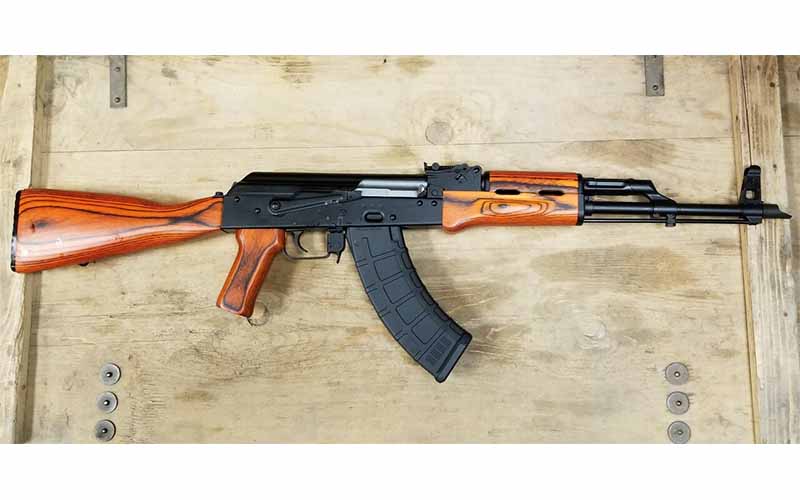 Whats In A Name?

There’s a story behind how the Fox got its name. In WBP’s earlier days, when they were mostly supplying AKs to the Polish commercial market, they received a unique request from a fox hunter. This customer wanted one of their AKs, but in a configuration that he viewed as ideal for hunting foxes—with a side scope rail and a thumbhole stock.

When WBP began designing the AK they planned to export to the United States, they ended up with a similar configuration to what the fox hunter asked for. The American market also wanted the scope rail, and the thumbhole stock was required for legal importation. Reminded of that hunter's request, they named this rifle the Fox.

WBP guns look and feel better than AKs from Cugir. They are generally assembled with more care, meaning nicer rivets, no canted sights, and nothing comes pre-scratched. The black powder-coat finish is much more visually appealing than Cugir’s Parkerization as well.

The bolt carrier on the WBP Fox is left in the white, however. This looks nice to some but it provides less protection than one that has been finished, even when it's as crude as Cugir's.

WBP Foxes also have more options for mounting optics than most other AKs. They not only come with a standard-pattern side scope rail but also with a special Beryl-style rear trunnion and rear sight block to accommodate an FB Radom rail system. This style of rail can be purchased separately, and while it’s not historically appropriate for an AKM-pattern gun, it is uniquely Polish. These rail systems can be seen in service with Polish armed forces on their 5.56 Beryl rifles.

One quirk with any imported gun, but especially with AKs, is 922r compliance. This is mostly something that importers and sellers have to worry about, but the result is you will have to make a choice when purchasing a WBP Fox—do you want a Polish gas piston or Polish wood furniture?

What 922r essentially means is that semi-auto rifles and shotguns—ones deemed “not being particularly suitable for or readily adaptable to sporting purposes”—may not be imported. There's a workaround for this law, using a certain amount of American-made components. Hence the reason why AKs sold stateside vary from the versions sold in their home countries.

The WBP Foxes being sold by Arms Of America come in a few different flavors, but they are mostly identical besides the furniture. Several of the options come with American-made furniture, meaning that the gas piston is legally allowed to be of Polish origin. Some other variants instead come with Polish furniture, so one more part elsewhere had to be made in America. In this case, that component is the gas piston made by CNC Warrior. Some people have claimed to have experienced issues with these American pistons, but others seem to have had no problem with them. Personally, I’d still prioritize the Polish piston since it is integral to the weapon's function, unlike the furniture.

WBP Foxes seem like very nice rifles, but they are expensive as far as AKMs go. As it stands, I trust the reliability of a Cugir or Zastava AK more than a WBP simply because they’ve been at it longer. WBP guns show a lot of promise and I’m keeping an open mind about them going into the future; I could easily see WBP someday becoming a staple of the American AK market.

If you want a reliable AK with a proven track record, a WASR will suit your needs for several hundred dollars less. If you want your AK to be prettier and feature some unique Polish traits, however, a WBP could be just what you’re looking for.