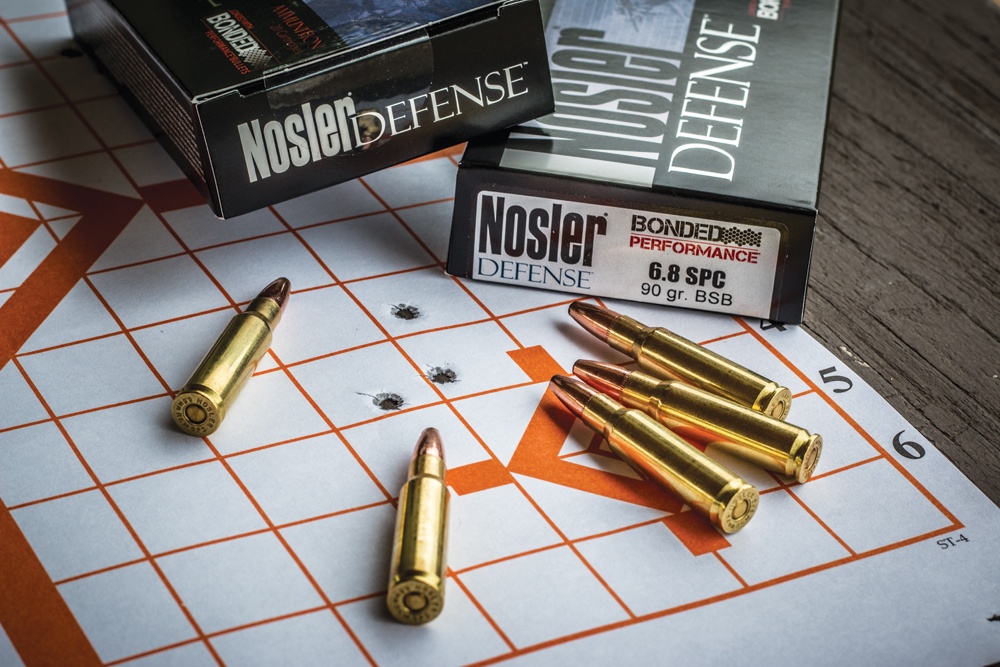 Designed to bring a little more stopping power to the AR platform, the 6.8 Remington SPC serves both tactical and hunting purposes.

Anecdotal reports from U.S. forces involved in combat in Iraq and Afghanistan in recent years indicate the six decade-old 7.62×39 cartridge and AK47 rifle may be more effective in combat than the U.S. M4 carbines firing the 5.56×45 cartridge. In 2003, Steve Holland and Cris Murray, individuals associated with special forces and marksmanship units, developed a special-purpose cartridge to improve combat effectiveness in short-barreled (16.5-inch) M4 carbines used for special operations.

The resulting 6.8 Remington SPC (Special Purpose Cartridge) achieved favorable results in actual usage, but had not been officially adopted by the U.S. Army, as of 2005. The cartridge is under review by the U.S. Marine Corps and FBI.

Intended to launch heavier bullets than the standard U.S. 5.56 round, the 6.8 Remington SPC uses the 1906-vintage .30 Remington cartridge shortened and necked down to accept a .270-caliber (6.8mm) bullet. Holland and Murray selected the .30 Remington as a parent case for two reasons. First, bolts for the M-16 family of rifles and carbines can readily be manufactured to accept the .30 Remington’s case head diameter (.420). Second, standard 20-round and 30-round M-16 magazines can accept the 6.8 SPC without change. 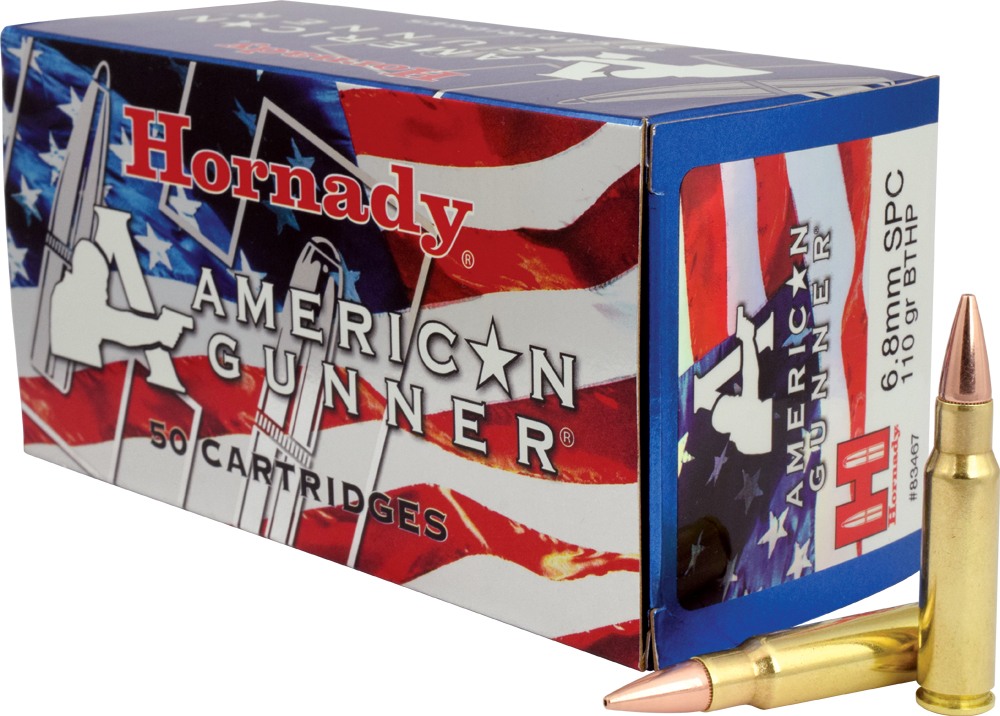 The cartridge is chambered by Barrett, DPMS, PRI and YHM in AR-15 rifles; by both SSK Industries and Thompson/Center in Contender, G2, and Encore single-shot actions; by Remington in bolt-action rifles; and by custom gunsmiths on CZ-527 bolt-actions. It is a good whitetail deer cartridge.

Editor's Note: This brief is an excerpt from Cartridges of the World 15th Edition