There have been a number of factory and wildcat cartridges that have played with case design. But has it had any real effect on ballistics?

Hot shots about a case design's effects on ballistics:

As far back as July, 1946, American Rifleman ran an article by C.C. Merideth discussing this very question of case design. His conclusion, “… we must arrive at the conviction that any variation in pressure to velocity ratio ensuing from any alteration in chamber shape is negligible as compared to other purely mechanical changes, such as altering bullet diameter, wear in the throat and many other possible differences between any two apparently identical rifles.”

Bob Hutton knew of the Merideth article mentioned above; he was sure he could disprove the conclusions drawn there almost 20 years earlier. He created a wildcat with the same case capacity as the .219 Donaldson Wasp in a short, fat configuration. Prior to testing, he expected that the design would allow the use of slower burning powders for better overall results. In testing, he found that it required the exact same powder and charge and delivered identical results. 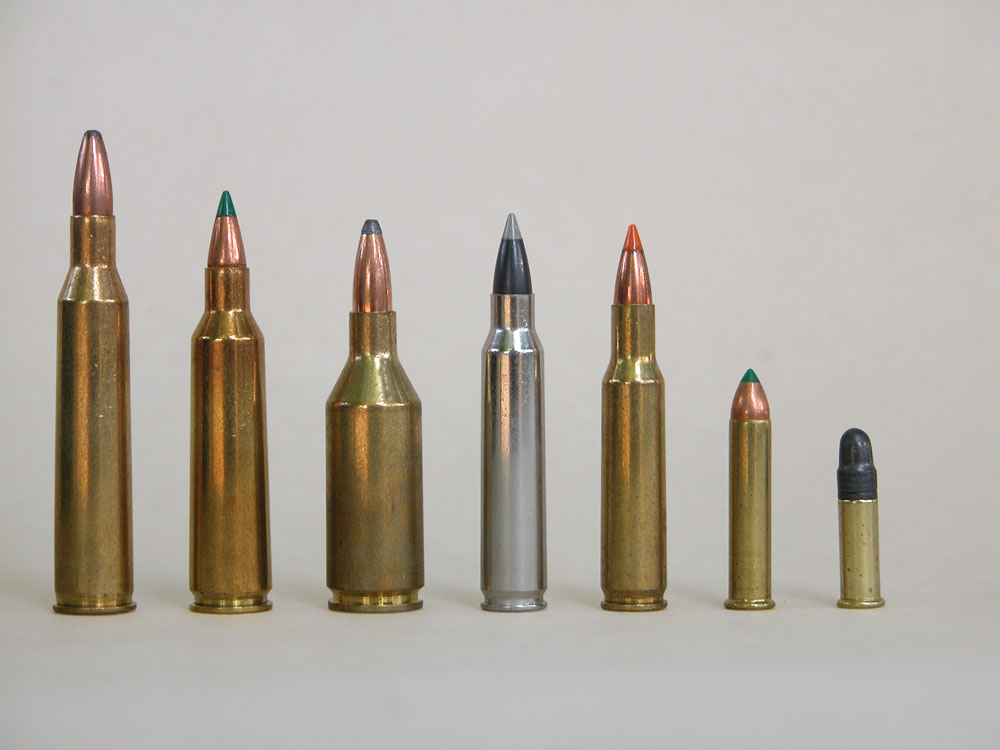 Hutton, while discussing the concept of modern cartridge design (including improved cases), wrote, “Shape, in the mathematics of interior ballistics, makes no difference.” It's important to understand that we are talking about internal ballistics not how the case functions in a given chamber design. The idea is simple and easily demonstrated. If a cartridge holds 40 grains of powder and if all other variables are equal it will produce statistically identical results along with any other design of the same caliber with any shape chamber you can imagine so long as it also holds 40 grains of powder.

Col. G.O. Ashley did an article that required a fair amount of actual range work. He and a couple of gunsmiths used a .257 Ackley Improved and a wildcat called the “.25x60mm C.A.” The idea was to have cartridges of the same caliber and capacity with totally different shapes (the exact discussion we are interested in here). The two cartridges ended up within 1.1 grains water weight capacity, about as close as you could get. These tests showed that the Ackley case delivered between 3 and 12 fps more velocity than the .25x60mm C.A., statistically that is a zero, especially since the 1.1-grain edge in capacity belonged to the Ackley Improved. All this is in support of Hutton’s statement that case shape has no effect on internal ballistics or how the powder is consumed in the process of driving a projectile down the bore.

Most recently, the SMc line of cartridges came to the market. Mic McPherson and By Smalley partnered to create www.superiorballistics.com (a now defunct web site) to promote their ideas. “SMc naming designation accounts for caliber and usable case capacity. For example, our 5/35 SMc is a 20-caliber (5mm) cartridge holding about 35 grains of water (to base of neck). One important patented design characteristic of all SMc cartridges is a powder column that is between about 2 times and about 2.1 times bullet diameter.” This is the newest design to claim improvements in ballistics via case design. In reading over the data provided on their site no pressure data was provided. Knowing that pressure and velocity are directly correlated you have to assume from the velocities reported for the 5/35 SMc that they are not afraid to load hot. Now to be fair, they are using high quality brass and this probably helps with handling pressure as the cases are relatively thick in the wall and designed for top pressures.

The only new information that this line of cartridges brings to the table is a fairly extensive test of barrel heating. The conclusion of McPherson in a nutshell is that the SMc design produces less barrel heating and possibly less throat damage than other cases tested.

It appears from the data reported that contentions about barrel heating were proved out in McPherson’s tests. He went on to say that the test should be repeated to insure the results were accurate. So, how does this relate to our axiom that case design has no effect on internal ballistics and velocity? I would say that only further testing could determine if the ideas of the SMc really have merit. Nearly thirty years of experience in gunsmithing, reloading, and barrel making tell me that it’s not likely that any increase in velocity is a result of the design in question, but rather a result of hot loads.

So where does the increased velocity come from in an Ackley Improved case design? It’s very simple — more case capacity. Ackley did not merely change the shape of the case. He added, in most cases, a fair amount of case capacity, which allows for more powder while holding the overall pressure to the same limits. This added capacity is only available for increased loading after the cases are fireformed to the chamber.

Customers often ask, “What pressure does that wildcat operate at?” The answer is, exactly the same pressure as the factory counterpart, or parent case.

Ackley thought he could exceed the pressures of the factory cases … that might be true with antiquated designs like the .30-30 WCF or the .25-35. Cases with a lot of taper were often originally held to lower chamber pressures. It is not true of more modern designs that already have relatively straight walled cases and sharp shoulders, also modern cases normally are designed for higher pressures. A good example of a high pressure design is the .270 Winchester, it was one of the first cases to be loaded to full potential by the factory, modern SAAMI specifications show the .270 at 65,000 psi. The .30-06, which many consider to be modern in design, is limited to 60,000 psi by SAAMI. The factories tend to load .30-06 ammo below that pressure level. Why? Because there are large numbers of older and often weaker rifles in general use, so it is wise of the factories to hold those pressures down.

In the case of the .270 Winchester, it was never available in these weaker actions from the factories, and they do not have to take responsibility for custom guns on old actions, so they load it to full potential. This gives us an insight into the reason that Ackley perceived his .270 AI to be no real improvement over the .270 Winchester.

Once fireformed, a .30-06 AI can be loaded to the full potential of the brass. In a modern high quality action that is at least 60,000 psi, and most wildcatters will go straight for the 65,000 psi as SAAMI uses with the .270 and many other modern cartridges.

If you check the pressure on the average handload in any caliber you will find that it is well above the pressures of factory ammunition. So it’s easy to see why folks think that case shape increases velocity. In reality it is simply more powder and the fact that you are probably loading hotter than the factory.

Ackley should have the final word here. “There are no Wildcat cartridges which are actually revolutionary. There are a few which fill gaps between existing commercial cartridges. There are many more which are no better and perhaps not as good as their commercial counterparts.

“There is no evidence which substantiates the claim that one cartridge design is more accurate than another. It certainly cannot be demonstrated that inaccurate barrels can be made more accurate by simply rechambering them to some so-called ‘improved’ cartridge or Wildcat caliber.”