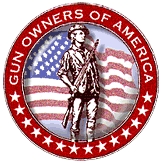 Since the Tucson tragedy, anti-gun Senator Frank Lautenberg (D-NJ) has been hovering like a vulture, waiting to pick the bones of the victims for political advantage.

Now he has his chance.

The same Federal Aviation Administration (FAA) reauthorization which provided a vote on the repeal of ObamaCare may well be the vehicle for a series of gun control proposals.

Right now, no one knows which amendments will be offered.  Democratic leaders like Senator Richard Durbin (D-IL) are threatening to offer anti-gun amendments, and pro-gun Senators like Tom Coburn (R-OK) are considering amendments to protect gun rights.

Now, it's entirely possible that senators from both sides will simply retreat to their own corners.  In fact, GOA's sources inside the Senate indicate that gun amendments to the FAA bill are unlikely at this point, but there's no way can we count on that — and risk being caught unprepared.

There are three amendments which Lautenberg and Representative Carolyn McCarthy (D-NY) have been nursing since Tucson.

The first would limit semi-automatic magazines to 10 rounds, in a reprise of the Clinton ban.  Read more