Officially licensed by H&K and made in Germany, the new MP5 .22 LR rifle and pistol are as close as you can get to the real deal for only a fraction of the price.

When H&K began importing their SP5 9mm semi-auto MP5 clone in 2019, many people were very excited. Fewer were excited after seeing the price tag. For those who grew up watching the MP5 being wielded by heroes on the silver screen but could never afford to own one yourself, the new MP5 .22 LR rifle and pistol are probably as close as you can get. They share the iconic look of the original sub gun while costing over $2,000 less than their 9mm semi-auto counterpart, and unlike the SP5 the new rimfire version is available as either a rifle or a pistol. 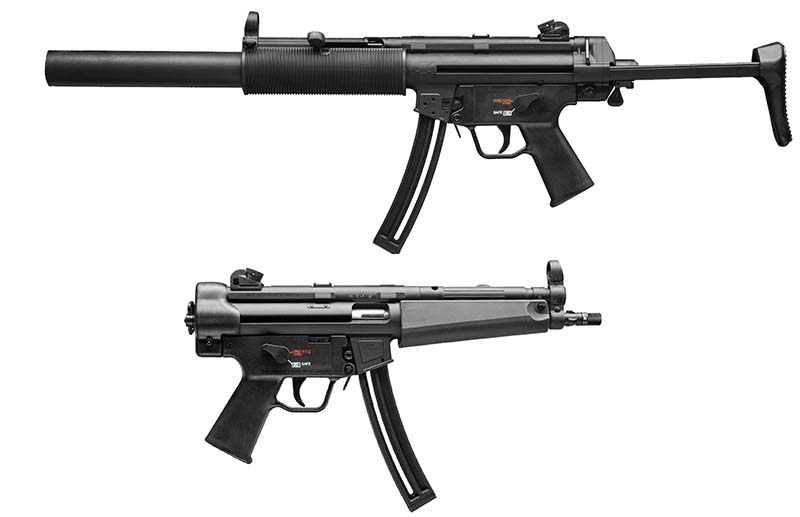 Made by Umarex in Germany, the H&K-authorized MP5 .22 LR rifle and pistol are semi-auto, direct-blowback firearms. Umarex and H&K have partnered before to produce rifles like their .22 LR HK416. The rifle .22 LR MP5 has a barrel length of 16.1 inches while the pistol’s is 8.5 inches. The rifle version weighs seven pounds, about a pound heavier than a real MP5A3 likely due to its longer barrel and heavier bolt. They come with no provisions for mounting optics, but because the rimfire versions appear to be exact replicas of the real MP5 one can presume that they are compatible with claw mounts.

H&K specifies in the owner’s manual that the .22 LR MP5 rifle and pistol were designed to work with high-quality standard ammunition and high-velocity ammunition, meaning that cheap bucket .22 LR ammo should probably be avoided to achieve maximum reliability. 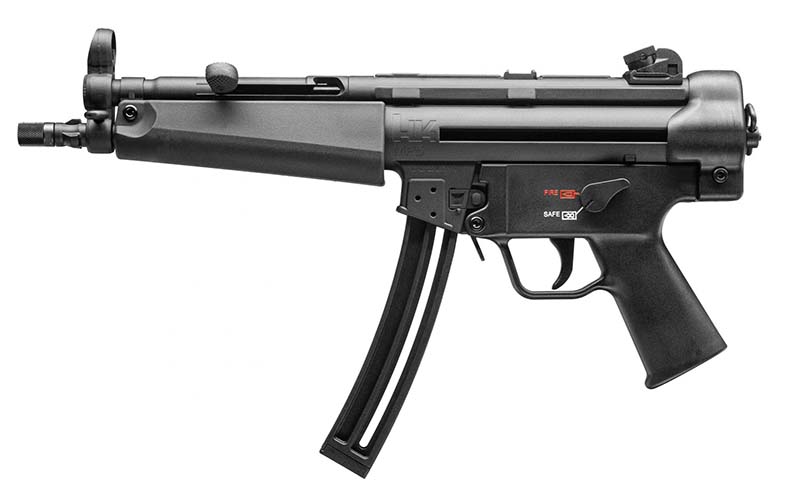 With a shared MSRP of $479, it comes down to personal preference whether you want the rifle or pistol version of the .22 LR MP5. Because these guns are really only useful as range toys and trainers, even the different ballistics resultant from their different barrel lengths won’t affect most people’s decision. What it really boils down to is whether you plan on suppressing it, SBRing it, or both.

The .22 LR MP5 rifle version comes with a 16-inch barrel in order to legally have its MP5 A3-style retractable stock. The extra barrel length is then shrouded by a faux suppressor, giving the rifle the appearance of the iconic integrally suppressed MP5SD. While the rifle version’s barrel is also threaded, the extra length will make it awkward to suppress, making the pistol version the better choice for a suppressor host. Both the H&K MP5 .22 LR rifle and pistol have an MSRP of $479 and feed from 25-round magazines with 10-round mags also available for ban states. Both magazine sizes have an MSRP of $35 and the guns are planned to begin shipping to dealers on October 1st.