Steyr's first new chambering for its Scout Rifle in more than a decade, the 6.5 Creedmoor variant looks ready to go the distance.

How does Steyr's Scout Rifle compare to others in its class:

When it came to his brainchild, Col. Jeff Cooper tended toward a .30-caliber chambering. That said, he certainly wouldn’t have turned his nose up at the direction Steyr Arms recently took his versatile Scout Rifle concept. 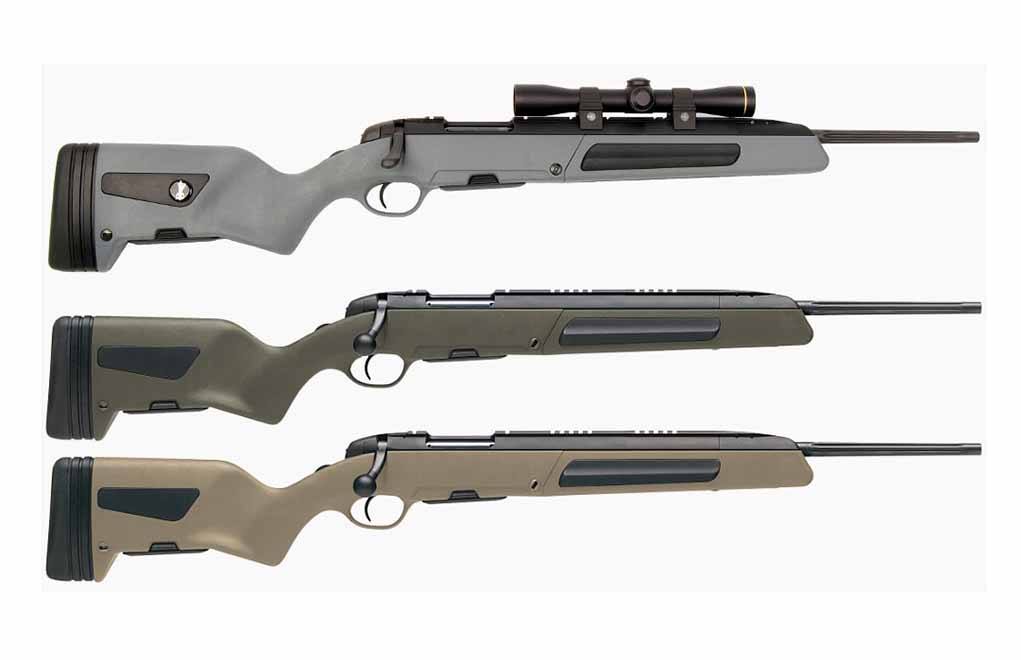 The Austrian gunmaker with importing and, more recently, manufacturing operations in Alabama, just unveiled a 6.5 Creedmoor variation of its do-all bolt-action. The rifle’s first new chambering in more than a decade now gives shooters five calibers to choose from, along with .223 Remington, .243 Winchester, 7mm-08 Remington, .308 Winchester.

Also Read: The Rise Of The 6.5 Creedmoor

The first production Scout Rifle hasn’t changed a lick in its new chambering. The rifle still boasts a spare magazine in the stock, integral bipod, cold-hammer forged barrel (fluted) and 1/2-20 RH muzzle thread for the easy addition of a muzzle device.

The other thing that hasn’t altered, the Steyr Scout Rifle continues to run a pretty penny, even in 6.5 Creedmoor. With an MSRP of $1,735.00, in line with the rest of the series. Though, it’s hard to argue the rifle hasn’t proven value in more than 20 years of production and will continue to do so in 6.5 Creedmoor.

Steyr and Col. Jeff Cooper introduced the first production Scout Rifle to the world at the 1998 SHOT Show, and for more than a decade, Steyr hasn’t introduced a new chambering in the Scout Rifle platform. That is until now. It’s official; the Steyr Scout is now available in the wildly popular performer 6.5 Creedmoor.

Throughout his decades of development of the scout-rifle concept, including the nearly decade-long collaborative design process to create the Steyr Scout, Cooper was very specific in his chambering choices for his ultimate production scout rifle. In addition to his long list of qualifications that only the Steyr Scout accomplished, he wanted the rifle to be able to knock down any North American game, and he wanted the ammunition to be readily available. While the 6.5 Creedmoor wasn’t available in his lifetime, it has become one of the top cartridge choices in the U.S., and it’s become quite plentiful.

“It can’t be said that Col. Cooper wasn’t a fan of the 6.5 mm, as he wrote about the 6.5 Mannlicher Schoenauer rather longingly,” said Scott O’Brien, Steyr Arms, USA, CEO. “But Col. Cooper never could have expected the amazing performance of the 6.5 Creedmoor, nor could he expect the widespread availability of such a round.”

Steyr and Cooper began collaborating on a production Scout Rifle around 1990, and the Steyr engineers worked within his limitations to produce a rifle that was less than a meter in length, less than about 7 pounds, and it had to be able to take anything in North America from hare to bear. Steyr engineers provided his desired backup “ghost-ring” iron sights that rest snugly within the Steyr Scout’s profile and can be deployed within seconds should the optics fail. They also provided two-stage magazines that could accomplish the same function as the 1903 Springfield’s magazine cutoff but in a much faster manner than the original.

Just like the original Steyr Scout, the 6.5 CM version incorporates a spare magazine in the stock with the ability to accept a pair of optional 10-round magazines. The stock also incorporates an integrated bipod, as well as a set of five whale-tail sling-swivel attachments to accommodate a three-point Ching Sling on either side of the stock.

“We can never know how the Colonel would have felt about chambering his rifle in the 6.5 Creedmoor, but considering its performance and after extensive testing, we think he’d wholeheartedly approve,” O’Brien said.

The Steyr Arms Scout 6.5 Creedmoor has a 19-inch cold hammer forged barrel that is fluted and threaded to accept 1/2-20 RH muzzle devices. It is now available in Black, MUD and OD Green stocks with an MSRP of $1,735.00.