Phoenix Trinity Firearms have been providing high-end guns and gun parts to the competition market for over ten years. Based in Hudson, Florida, they utilize their background in the aerospace parts industry and CNC machining to create competition-quality 1911s such as the Honcho. Now, Phoenix Trinity has decided to expand their efforts into the CCW market as well with the release of its new Morph line of pistols, including the Morph Switch and the Morph 1776. Besides the patriotic motif incorporated into the 1776 version, the pistols are functionally identical, so the listed features should apply to both models. The Phoenix Trinity Morph pistols have a commander-length frame and slide that are precision-machined out of high-grade bar or plate stock, and their grips are made from aerospace-grade aluminum that was designed to provide snag-free texture that still gives a solid purchase. The grips come in black, silver and bronze, but there’s more modularity to the Morph line than swapping one’s grip color. 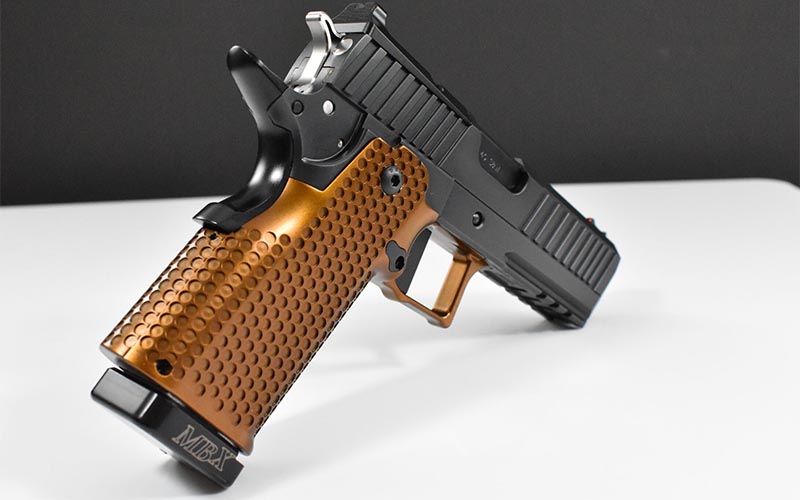 The new Phoenix Trinity 1911s feature patented link-less technology and an interchangeable breech block system. These enable the Morph pistols to switch calibers in only minutes without using any special tools. Each pistol includes one 4.25-inch 9mm bull barrel and one 4.25-inch .40 S&W bull barrel, but threaded 9mm barrels and 10mm conversions are available as well. 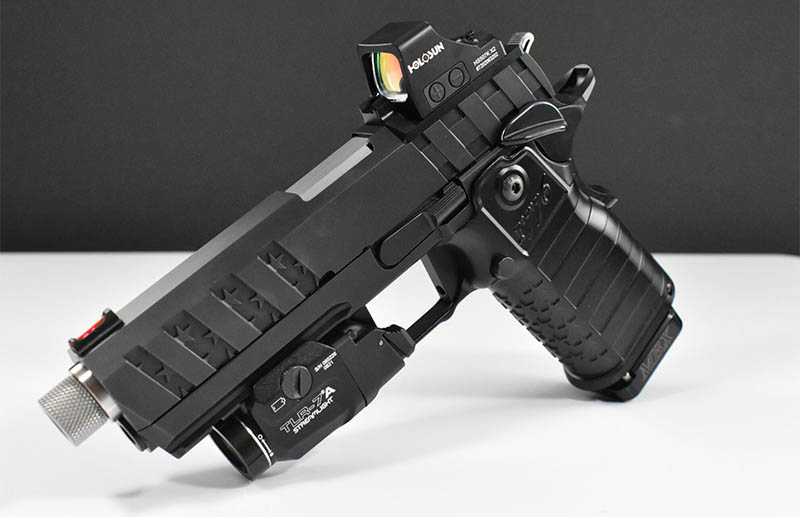 The biggest draw of the Phoenix Trinity Morph pistols is their large magazines. For those who like the 1911 platform but wished for bigger magazines, the Morph pistols should scratch that itch with their 17+1 round capacities in 9mm. Other features found on the Morph pistols are their flat triggers, co-witness iron sights and ability to mount a Trijicon RMRcc right out of the box.

The Morph Switch and Morph 1776 have MSRPs of $3,950 and $4,250, respectively. That’s expensive for pistols intended for concealed carry, but for precision-machined, custom-quality guns that were designed and entirely built in America, it makes a little more sense.