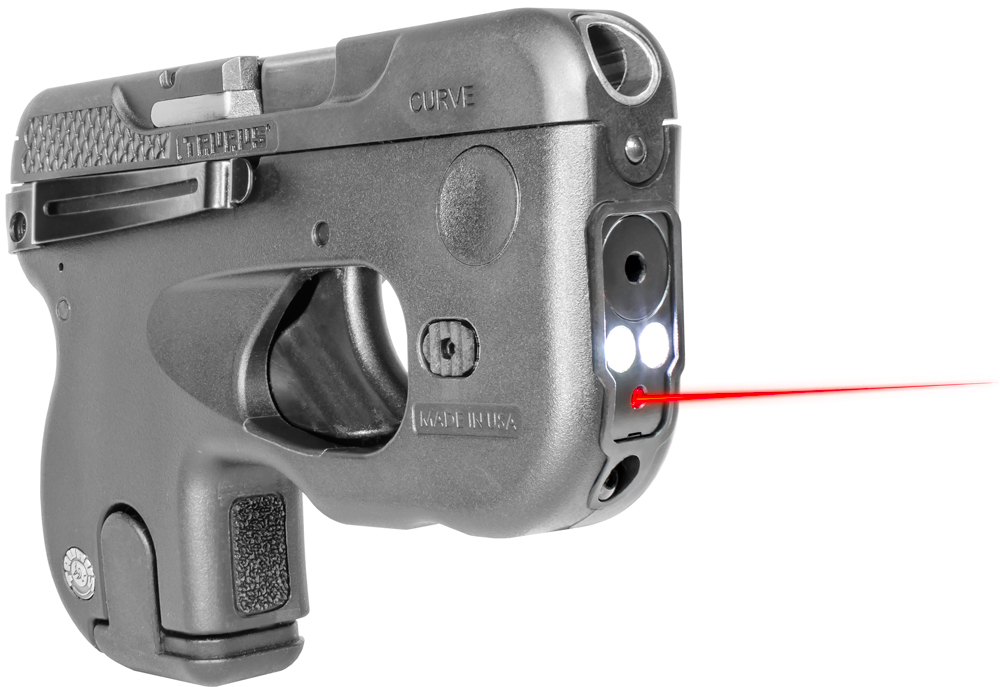 When the Taurus Curve first hit the market back in 2014, it caused a tremendous stir in the firearms industry. The gun was a groundbreaking design that was completely and purposefully built for concealed carry. Chambered in .380 ACP, it was the first gun ever to feature a curved frame designed to better hug the contours of the human body during carry, and one of the few to not feature traditional iron sights, instead utilizing a basic bore-sight system for close-quarter encounters.

Upon its release, Taurus was simultaneously applauded and ridiculed by gun writers and bloggers for its outside-the-box design. Many of those who tested the gun liked how concealable the Curve was, and how comfortable it was to carry, but were disappointed with the lack of iron sights. Now, in an effort to improve the accuracy potential of the Taurus Curve, LaserLyte is offering the first integral laser/light module specifically designed for the Curve as an aftermarket accessory. The new drop-in module consists of a Class IIIA red laser sight as well as a 25-lumen LED light for use in low-light scenarios. The module simply drops into the Curve's frame and is activated via a push button on the right side of the frame where the index finger would rest in a non-firing position.

Each module has three user-programmable modes of operation: laser and light on, laser only and light only. The new LaserLyte integral laser/light for the Taurus Curve also comes equipped with a 6-minute auto-off function for conserving battery life with the laser/light is not in use.

The device's battery has a runtime of 5 hours with only the laser, 1.5 hours with only the flashlight, and 1 hour with both in use. The LaserLyte module has an exterior battery compartment, meaning that the module itself does not have to be removed when batteries are replaced.

Installing the new module is a simple drop-in process. All hardware and tools needed for the install are provided.

The new LaserLyte Integral Laser/Light for the Taurus Curve has a listed MSRP of $109.95, and it is now available on the LaserLyte website as a single item for purchase.