As far as affordable and available AK shotguns go, how does the Lynx 12 stack up against its competition?

Shotguns will never go out of style, but as technology progresses so do people’s expectations. Traditional shotgun configurations are becoming less popular than magazine-fed, semi-auto designs. These tactical takes on the classic 12-gauge come in many different flavors, but the one that started the trend was the Izhmash Saiga-12 AK shotgun.

The Kalashnikov may be the best platform for this style of shotgun and they remain a desirable option. But sanctions placed on Russian arms companies have meant no new ones have been imported since 2017. Now that the AK shotgun market is filled with foreign and domestically produced Saiga clones to try and keep up with the demand, how does the Chinese Lynx 12 fare against its competition?

This is the standard SDS Lynx 12, and it is much closer in form to a real Saiga than other Chinese clones. It is based on the later-pattern models that were configured more like traditional AKs rather than the original sporter variants. The Lynx accepts factory Saiga handguards as well as standard AK grips and stocks, just like a genuine Saiga 12. It also has a manual bolt hold open and bolt release button, an adjustable gas regulator, and an externally threaded muzzle—all features found on original Saigas as well.

The Lynx’s iron sights are a simple V-notch rear and bead front post. This model also includes a standard-pattern AK side scope rail on the receiver to allow for the mounting of optics. The Lynx 12 is also compatible with factory Saiga magazines, but SDS have their own spares for sale too. Both models of Lynx ship with a 5-round mag but 10-rounders are available as well.

The biggest apparent difference between the two shotguns is the Lynx’s four gas settings as opposed to the Saiga’s two, giving the Lynx a finer degree of tunability for the ammo type. This should give the Lynx good reliability with a variety of ammo, but all semi-auto shotguns perform more reliably with hotter loads. 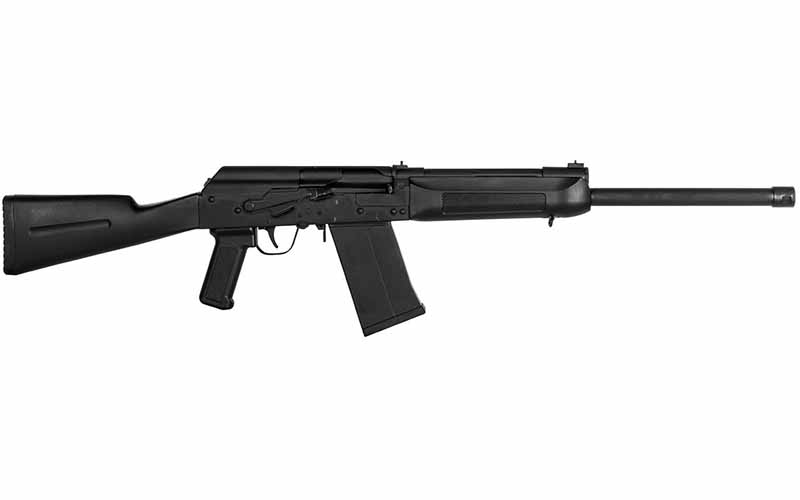 This variant was designed with 3-gun competitions in mind, hence the “3G” in the name. Besides a few features to make it more suited for competition, it is identical to the standard Lynx 12.

The most significant change is the addition of a left-side charging handle—an AK modification that requires changes to be made to the receiver. This feature helps right-handed shooters reload the weapon more quickly by eliminating the need to roll the weapon or reach over top to chamber a round. One side effect of this change is that it makes it impossible to have a side scope rail mount like the one found on the standard Lynx. For this reason, the Lynx 12 HF3G includes a railed top cover for mounting optics instead.

With so many different Saiga clones to consider today, only you can decide which variant is ultimately best for you. Compared to the American-made KS-12 and the Chinese JTS, the Lynx 12 is a very balanced AK shotgun option. It is nearly as clone correct as the KS-12 while managing to cost significantly less, and it has more features than the JTS while managing to cost only slightly more. Considering that affordability was one of the original selling points of Russian Saigas, the Lynx 12 is just about as close as you can get to an original when buying one new today.