What are the best slug guns available:

I knew I had arrived. Dad put a handful of green “punkin’ ball” shells in my coat pocket and told me I could load up when it got daylight. “Stay on this stand, don’t make any noise and don’t shoot if the deer is too far away — about 50 yards is your limit.” He turned and disappeared into the darkness. Long speeches were not the style in those days.

Four hours and a dried out turkey sandwich from Thanksgiving dinner later, I stood over my first deer. It was a little fork-horn buck, and I would not have been any more proud if it had been a Boone and Crockett monster. The old Model 37 Ithaca 16-gauge pump gun, the same shotgun we grouse hunted with, and the Remington slugs had done the job. That’s how we did it in the ‘60s.

Maybe no other modern shotgun has evolved as much as the slug gun, shotguns specifically employed for shooting solid “ball” ammunition. The original concept of shooting lead slugs was to give shotgun shooters more versatility in the game they could take. This is exactly what our colonial ancestors did with smoothbore muskets and “fowling pieces.” The Revolutionary-War-era hunter and soldier could load Old Betsy with a solid ball of lead, or one ball and a few large buckshot (known as “buck and ball”), or a load of fine birdshot. In this manner, he could hunt rabbits, birds, deer — and Redcoats.

Rifling the barrel of a shotgun has brought us to a brave new world in slug shooting. Some states still require the use of a shotgun when hunting whitetails with a firearm, and several companies continue to offer — and evolve — their slug gun lineups. The Model 37 Ithaca pump gun has been around a long time, and this shotgun has killed more deer than Lewis and Clark. The 37 was designed by none other than John M. Browning and was first produced in 1937. The Deer Slayer III features a solid steel receiver CNC machined from one piece of steel, as is the heavy-walled 26-inch fluted barrel (1:26 twist), which is fixed to the receiver. The Model 37 is famous for its bottom ejection and loading port. If you’re used to an 870 or other side-ejection-port gun, it may be like Bluegrass music — you’ll either love it or you’ll hate it. The Model 37 Deer Slayer III is a lot of history and gun for the money. Cost depends on the grade of walnut stock you order. MSRP: $1,350 and up 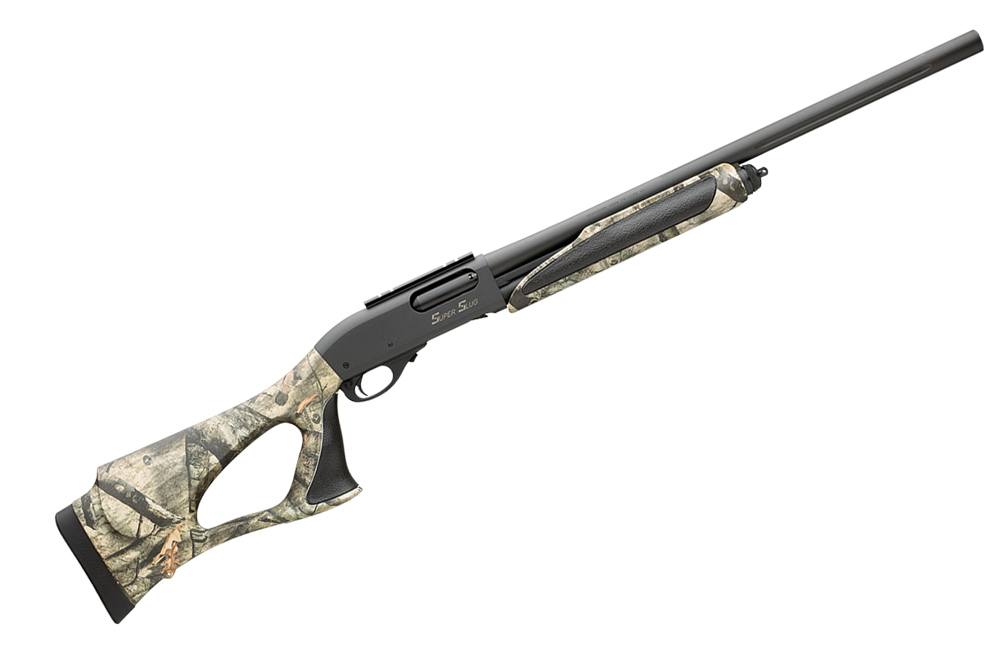 It’s always hard to find something yet to be said about the virtues of the Model 870 — with more than 11 million of these guns sold, somebody must like them. Remington took the solid action of the 870 and made a slug gun out of it, adding a thumbhole stock and a thicker barrel, but they did something else that other slug gun makers have not: Remington pinned the barrel to the receiver for extra stability, which means better accuracy. The barrel is fluted to minimize weight and heat buildup, and the Super Cell recoil pad will be appreciated when shooting some hard-thumping slugs. The receiver is also drilled and tapped, and a Weaver-type rail is included. MSRP: $829 New for 2018, the SX4 slug gun is fast handling and fast cycling, which is what the SX Winchester shotguns are famous for. This is a dedicated slug gun with a 22-inch rifled barrel, adjustable rifle-style sights with TruGlo front fiber-optic, and a cantilever optic-mounting base. The self-adjusting Active Valve System in the Winchester SX shotguns has been tested by time and will take some of the felt recoil out of heavy slug loads, which is always a blessing. In addition, the ambidextrous cross-bolt safety is quickly interchangeable, and length-of-pull spacers allow you to adjust to shooter size — or when you’re wearing four layers of clothing while trying not to freeze on your stand. MSRP: $959.99 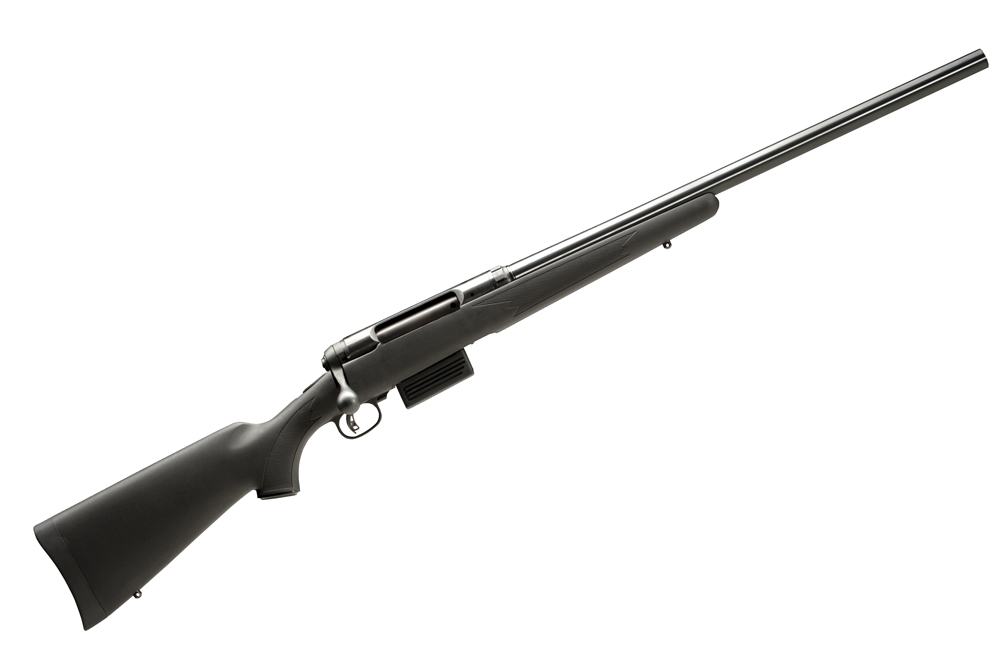 I’ve seen deer camps in shotgun-only states where most of the crowd shoots a Savage 212 (12 gauge) or the 220 (20 gauge). This gun has a loyal following, and it’s mostly because of the accuracy. Paired with the right ammo, this shotgun is a legitimate 200-yard gun. This is largely due to a bolt-action design — other shotguns are usually pumps or semi-autos, and these actions can allow too much play in the bore, chamber and throat for rifle-like accuracy. Savage also put the user-friendly AccuTrigger on these guns and an oversize bolt handle, both of which are great for when you’re fumbling with gloves on. The button-rifled, 22-inch matte-blued carbon-steel barrel is drilled and tapped for mounting a scope, and the magazine is a detachable box that holds two rounds. MSRP: $704 The Stoeger 3000 line of semi-autos has been around a while — long enough to earn a reputation of reliability and a lot of gun for the price. Stoeger’s semi-auto shotguns feature the Inertia Driven system, and it’s one of the simplest and cleanest-running shotgun actions around. It’s an inertia system though, not a gas gun, so you will feel some of the heavy slugs you shoot. The 3000R slug variant has a 24-inch rifled barrel with a 1:35 rate of twist and a cantilever scope mount. The 3000R doesn’t have all the frills of more expensive slug guns, but with such an attractive price tag you’ll get used to it quickly. MSRP: $619

Editor's Notes: This article originally appeared in the June 2018 issue of Gun Digest the Magazine.