Federal Premium's new small-bore, long-range cartridge, the .224 Valkyrie, has received final approval by SAAMI and its specifications have been published.

It is official! Federal Premium’s hot-rock .224 Valkyrie is a cartridge. Or more precisely, it is a recognized cartridge by the powers that be within the Sporting Arms and Ammunition Manufacturer’s Institute. 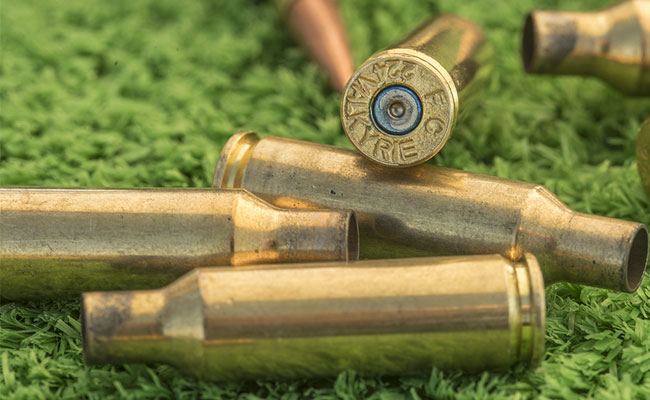 SAAMI, as it is better known, published the approved .224 Valkyrie specifications on its website at the end of March making it freely available to shooters and manufacturers alike. The small-bore cartridge designed for long-range work and optimized for use out of AR-style rifles was initially approved in January at the 2018 SHOT Show in Las Vegas.

“It’s thrilling to have brought the world’s best MSR 15 cartridge to market. We’re proud and excited about our new cartridge, and we deeply appreciate SAAMI’s support with this launch,” said Federal Premium Ammunition President Jason Vanderbrink in a press release. “SAAMI’s approval of the cartridge was a crucial step in legitimizing it within the industry. Their work creates standards for the cartridge, increasing safety, interchangeability, reliability and quality for the dozens of firearm manufacturers currently building rifles in our 224 Valkyrie.”

The .224 Valkyrie headlines five new SAAMI approved cartridges in a little over a year, each a riff off a common theme — long-range shooting. In addition to Federal’s offering, newcomers to standardization include the 6mm Creedmoor, 20 Nosler, 22 Nosler and 24 Nosler. Each of these received approval in 2017, though in the case of the 20 and 24 Nosler cartridges do not yet exist — at least for public consumption.

For those curious about the .224 Valkyrie or any other standardized cartridge for that matter, SAAMI allows free access to its technical data and drawings. The .224 Valkyrie itself is listed with a Maximum Average Pressure (MAP) of 55,000 psi on the spec sheet (available here) and produced the following muzzle velocities during testing:

SAAMI was founded in 1926 at the request of the federal government and is tasked with creating and publishing industry standards for safety, interchangeability, reliability and quality, as well as coordinating technical data.

Federal Premium’s .224 Valkyrie is a based on the 6.8 SPC case necked down to 22 caliber. From the company’s literature, which has been free-flowing since fall 2017, the cartridge is capable of impressive performance, including maintaining supersonic flight past 1,300 yards. Federal touts it as being equal to the vaunted 6.5 Creedmoor, only with less recoil and more economical to shoot. Already, there are a number of gunmakers offering .224 Valkyrie rifles, including Savage and CMMG.

For more information on the .224 Valkyrie please visit: www.federalpremium.com