Light and able to go the distance, Hornady's new 6mm ARC cartridge adds another arrow to the rifleman's quiver.

How The 6mm ARC Goes The Distance:

There’s a way to things, generally speaking, even in the ammo world. Not with the 6mm ARC.

Hornady’s announcement of the new cartridge June 3 came with an unusual addendum—it had already been adopted by the Department of Defense. Where and by whom is shrouded in mystery, the breach of protocol isn’t. Unannounced cartridges simply aren’t—or weren’t—picked for military service and are generally surrounded with fanfare as they jockey for their place in the military’s arsenal. Nearly every ammo enthusiast and defense geek enjoy the horse race. So much for that.

As to the role the 6mm ARC fills, it’s an alternative to the long-serving 7.62x51mm NATO. My stars and garters, where’s the fainting couch? Not the 7.62, a cartridge that’s been steady as concrete footings since chambered in late-phase M1 Garands! Except, as Hornady tells it, there’s some solid logic jumping on the smaller bore, lower pressure 6mm ARC’s bandwagon.

The first prong, it extends a soldier’s effective range well past what he or she would be capable of if armed with a rifle chambered 5.56 NATO. In the past, curing the need to reach out was accomplished by moving up from the small-bore round to the 7.62. Expect, to do so meant a larger rifle and heavier load of ammo. This leads to the second prong, the 6mm ARC offers an overall lighter system. Run out of the same pattern rifles as the 5.56, the cartridge reduces a soldier’s burden in the field. 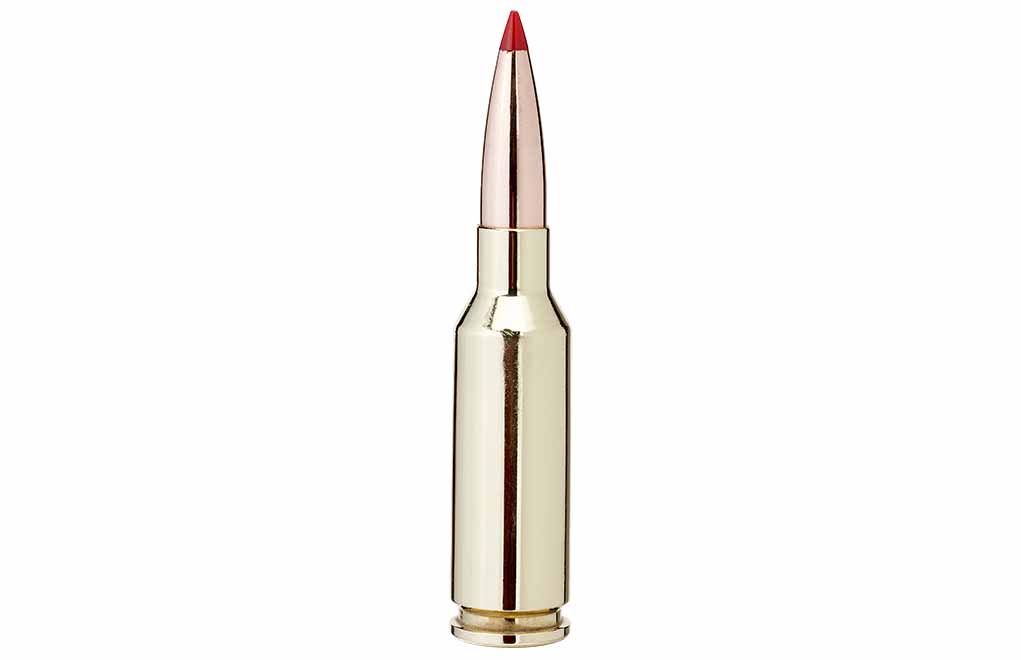 As to the cartridge itself, there’s a lot of familiar parts that go into the 6mm ARC. Essentially, it’s a 6.5 Grendel necked down to accept a 6mm bullet, though there are a few nuanced tweaks that are notable. Namely, the shoulder is pushed back and the case shortened making it compatible with the long, high ballistic coefficient low drag bullets. Additionally, the 6mm ARC proves shootable, with the low-recoil that has made the 6mm a staple in precision shooting competitions for years. This, in part, is thanks to a very low chamber pressure; the cartridge’s maximum is 52,000 pounds per square inch.

As to performance, the 6mm ARC does a lot with a little. Hornady’s 108-grain ELD Match kicks a bullet 2,750 fps at the muzzle and drops 44.8 inches at 500 yards. Side to side, this is 3-inches less than the company’s 168-grain match .308 round at the same distance. At the same tick, it maintains its velocity better than the .30-caliber, moving 1,971 feet at the 500-yard mark and staying supersonic well past 1,000 yards. Not only is this an advantage for soldiers, but anyone who has a yen to reach out hunting, target shooting, or otherwise. Given the shooting world’s penchant for long-range marksmanship as of late, the 6mm ARC certainly adds another arrow to the rifleman’s quiver. At the very least, it reignites the caliber wars.

For more information on the 6mm ARC, please visit hornady.com.