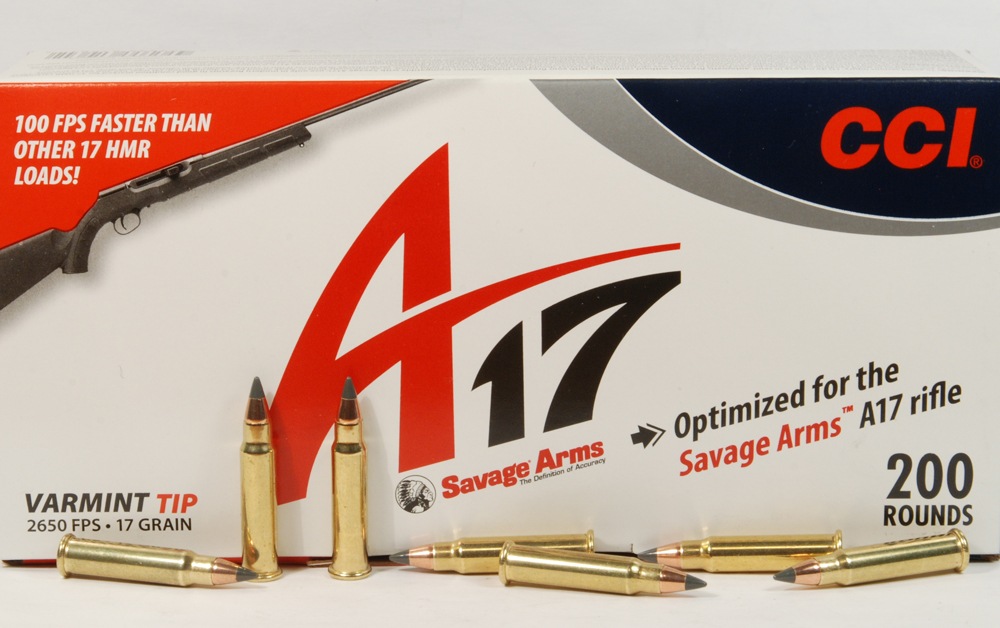 The .17 HMR is known for its blistering velocities, but it required fine tuning from ammo companies to make the rimfire round dependable when taken afield.

The .17 Hornady Magnum Rimfire (abbreviated as HMR and sometimes given the nickname “hummer”) is one the most written-about cartridges of all time. In fact, it may even hold the title! We are, it seems, caught up in the velocity craze again, this time in the area of rimfire cartridges.

In the .17 HMR, a new standard for velocity produced by a rimfire cartridge was established. The case for the .17 HMR cartridge was formed by necking a .22 WMR case to hold a bullet of 0.172-inch diameter. A 17-grain polymer-tipped bullet was driven to a velocity of 2,550 ft/sec. The trajectory of that bullet is considerably less curved than that of any fired from a .22 WMR cartridge.

Small bullets at high velocity expand violently or disintegrate on impact, so reports of the effects of the .17 HMR began to detail dramatic kills on everything from sparrows to coyotes. However, some writers also began to report that, even on groundhogs, the bullets sometimes blew up without penetrating sufficiently to drop the animals on the spot, so they made it back to their holes. An increasing number of such reports began to appear, and they somehow offset the reports of dramatic one-shot kills on coyotes at over 200 yards. The designers decided that a heavier bullet of different construction would be appropriate, so a load featuring a 20-grain hollowpoint bullet having a velocity of 2,375 ft/sec was produced. Such a load is offered as the CCI Game Point® and the Hornady XTP®. These loads join the 17-grain polymer-tipped loads from Hornady, Federal, CCI, and Remington as well as the 17-grain hollowpoint load from CCI.

With the sharp-pointed bullet at high velocity, the trajectory of the .17 HMR has relatively little curvature for a rimfire, so hits at long ranges are possible. Moreover, the bullets used in .17 HMR ammunition are of the premium “varmint bullet” type, so accuracy of most .17 HMR rifles is outstanding, which also contributes to scoring hits at long ranges.

The bullets are tiny and explosive, so they are suitable for smaller varmint species. Hornady also offers the NTX® load that utilizes a 15.5-grain bullet having a muzzle velocity listed as 2,525 ft/sec. The bullet does not have a lead core, and it is sharply pointed, so it has a remaining velocity of 1,828 ft/sec and energy of 119 ft.-lbs. at a range of 100 yards. In terms of firearms, the .17 HMR was given a flying start because most firearms, except autoloaders, that could function with a .22 WMR could be altered to .17 caliber by means of a different barrel. Case and rim diameter and rim thickness are the same for both calibers.

The number of firearms chambered for the .17 HMR is very large. The problems with autoloaders chambered in .17 HMR have been solved by several manufacturers, and a new load designated as the A17 has been developed by CCI. It gives a 17-grain polymer-tipped bullet a muzzle velocity of 2,650 feet per second.

Editor's Notes: This article is an excerpt from Gun Digest Book of .22 Rimfire, 2nd Edition.