Yes, the .300 Win. Mag. can, and does, take a 165-grain bullet and push it more than 550 fps faster than the .300 Savage—a short-action cartridge old enough to be going through a mid-life crisis when the Winchester .30-caliber magnum was born.

To most .300 Savage owners, however, it simply doesn’t matter. Not even a little bit. Why?

Because, generally speaking, .300 Savage shooters aren’t interested in crunching numbers; they’re focused on crunching bones. Pedestrian ballistics aside, from 1920, when the .300 Savage was born, all the way until the all-world .375 H&H-inspired .300 Winchester Magnum debuted in 1963—and every day since then—the .300 Savage continues to work on deer, elk, moose, bears and everything in between.

It’s Not About the Cartridge

Despite the fact that I’m about to ink a thousand or so more words debating the merits of both cartridges, you’ll likely come to the same conclusion I did. Ultimately, the choice between a .300 Savage and a .300 Winchester Magnum isn’t about which cartridge works better: They both give hunters an honest day’s work for an honest day’s wage. No; your answer to the .300 Savage versus .300 Winchester Magnum question won’t tell us anything we don’t already know about either of these two proven cartridges. It will tell us a bit more about you though.

Allow me to get a little more honest with you: Under 200 yards, is there anything a .300 Winchester Magnum does on wild game that a .300 Savage can’t? Nope. But, don’t take my gun writer-biased word for it. Listen to the answer Remington ballistics expert Nick Sachse gave when I asked him.

“Not anything useful I can think of,” said the man Remington pays to think about ballistics all day. He added a little Southern perspective to drive home his point: “It might pass through three pigs lined up in a row instead of just two.” 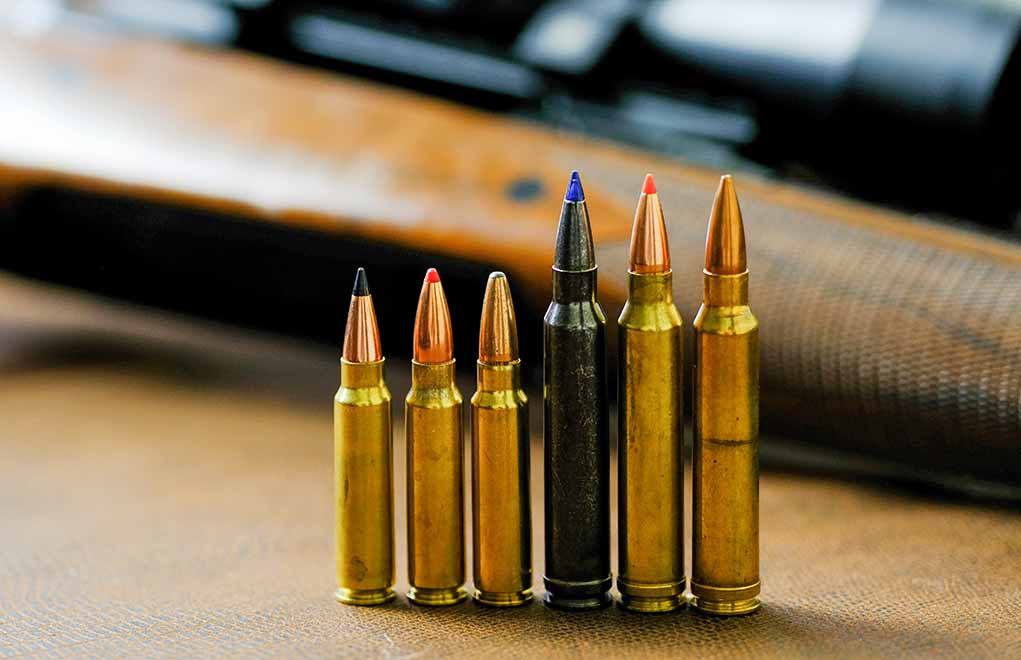 Nick speaks the truth. I took a Savage bolt-action rifle to South Africa last year and killed a red hartebeest, duiker and quite a few warthogs with it using rather simple Federal 180-grain soft-point bullets. Of course, I limited my shots to 200 yards or under, but it wasn’t because of the cartridge. My backup rifle was a 24-inch 6.5×55 Swede, which could put plains game critters to sleep at distances well beyond my shooting capability. No; the 200-yard limit was because I told my PH I wanted to hunt as closely as possible on my safari, even if it meant failure.

Still, not every hunter likes limits; and not every ballistics expert feels the same way about which cartridge they like.

Go Big With These Ammo Articles:

“Yes, the .300 Win. Mag. transfers substantially more energy,” he said. “For example, the Remington factory Core Lokt ammunition in .300 Savage would deliver approximately 1,462 foot-pounds of energy, whereas the same weight of bullet loaded in .300 Win. Mag. at 200 yards delivers around 2,311 foot-pounds of energy. In my hunting experience, there’s no such thing as ‘too dead.’”

Still, speed and power aren’t everything (Uh, yes, yes, it is, Jay).

Despite the simple fact that a .300 Winchester Magnum can, and does, shoot faster, farther and hit harder than the .300 Savage, it doesn’t win in every category critical to successful shooting.

According to Sachse, “Delivering less recoil is one thing the .300 Savage can do, which results in a more pleasant shooting experience; and, most importantly, it decreases the probability of a flinch in anticipation of recoil—which can, of course, make all the difference when it comes to good shot placement. It can still get the job done very well inside 300 yards with proper bullet selection.”

We can all agree that no matter how fantastic your rifle, cartridge and optic are, if you can’t—or won’t—shoot your rifle accurately because you’re afraid it’s going to mule-kick you, there’s no bullet on Earth that works when you miss.

Sachse spoke up for the marvelous .300 Winchester Magnum. “Past 300 yards or so, the .300 Win. Mag. can deliver the energy, accuracy and trajectory vital to increasing the probability of a hit in the vitals and delivering the level of bullet terminal performance needed at those extended ranges for a clean kill.”

Truth be told, the .300 Winchester Magnum is one of the most accurate long-range cartridges ever created. As a result, it has been one of the top choices for 1,000-yard competition shooters ever since it was developed. Furthermore, there are countless law enforcement and military agencies around the world that insist upon the .300 Winchester Magnum as their cartridge-of-persuasion when human lives are on the line. Finland, Germany, Great Britain and the United States all have .300 Winchester Magnum sniper rifles in their batteries of long-range tools. No one is using the .300 Savage as a sniper rifle these days (although the .308 Winchester/7.62x51mm NATO, which was a direct result of the genius of the .300 Savage case design, is one of the most popular and beloved military cartridges of all time).

The .300 Winchester Magnum has earned a reputation for being accurate and always delivering enough terminal performance to complete its mission, whether it’s punching tight groups at a 1,000-yard rifle match, putting down a trophy bull elk well past .300 Savage ranges or being the final word whispered by a military sniper to his vanquished foe.

In fact, the .300 Winchester Magnum’s immense popularity gives us another reason to choose it over the .300 Savage.

Which Bullet for Which Cartridge?

Outside of how well you can shoot your rifle—regardless of which cartridge you choose—the most influential choice you can make to maximize your success rate with either cartridge comes down to your choice in bullets. Which bullet do you choose for which cartridge?

“The bullet that possesses the accuracy, trajectory and terminal performance needed to effectively harvest the intended target at the intended range is always the best kind,” said Sachse. “To be more specific, with the .300 Savage, and limiting shots to, say, 300 yards or so, BC is less of a factor. So almost any accurate hunting bullet designed to reliably expand and penetrate out to 300 yards, yet not over-expand and under-penetrate at near point-blank range, will suffice. When stepping up to .300 Win. Mag., BC becomes more of a factor on shots beyond 300 yards or so. Thus, that bullet really needs all the terminal performance requirements the .300 Savage-appropriate bullet has, with the added benefit of higher BC (sleeker profiles, boattails, ballistic tips, etc.) for maintaining the flatter trajectory at long range, without blowing up on game up close or penciling through at long range.”

On the Other Hand …

Ultimately, there is no fair comparison between the .300 Savage and the .300 Winchester Magnum. The .300 Savage is a short-action, yes. It kicks a lot less. It kills plenty within its intended range of up to about 300 yards, and it’s accurate enough to hit what you aim at, critter-wise.

On the other hand, the .300 Win. Mag. is a magnum long-action with fire and brimstone at both ends of the rifle. It can, and has, hunted the world’s most dangerous bears, been used to win high-powered rifle matches and saves lives on the battlefield. No elk or moose guide will snicker at your cartridge choice if you bring it into camp, and you’ll find ammo for it just about anywhere you find ammo for anything.