The gun debate can be marred with myths and misconceptions, especially in the wake of a mass shooting. Don't fall prey to them: Arm yourself with knowledge.

As regular as midnight, after a tragedy, there's a call for a “national conversation.” This is especially true when it comes to the gun debate. And so it is with the recent  “mass shooting” calamity in Parkland, Florida. Everyone wants to feel like their idea is the keystone to curbing the violence of young people using AR-15s or other guns in school shootings. Or nightclub shootings. Or any shooting.

There's nothing wrong with this, given free debate is as American as the right to bear arms. But many, if not most times, the discussion is marred with a load of myths and misconceptions and catchphrases, particularly when it comes to firearms and especially among those who know little or nothing about them. Groupthink rooted in misconstrued facts, or complete lack of facts surrounding guns, the Second Amendment and mass shootings is a very dangerous force.

The best thing gun owners can do is come fully armed to the Second Amendment discussion concerning lawful firearms with solid knowledge and statistics, and well-formed ideas about recent trends and the state of our gun-loving nation.

With this in mind, we've collected five talking points for the gun debate worth keeping in your holster. You've undoubtedly had many of these conversations the past few days, and as a passionate gun owner, you know there are more Second Amendment conversations to follow.

These gun-issue talking points are particularly focused on recent gun and crime statistics and studies, and paint a much different picture than what's breathlessly ballyhooed on cable news and social media. Be it in polite company or the Wild West of a comments section, we hope these gun debate talking points will give you the ammo to help represent your side of the debate.

One of the most popular gun-control mantras is the fallacy that law-abiding citizens are more likely to be harmed by personal firearms than helped. But academic and governmental studies have shown quite the opposite.

A 1995 study led by criminologist Dr. Gary Kleck of Florida State University titled: Armed Resistance to Crime: The Prevalence and Nature of Self-Defense with a Gun found around 2.2 to 2.5 million defensive gun uses annually. This estimation has been further strengthened recently in a report by the Institute of Medicine and the National Research Council prepared for the Centers for Disease Control and Prevention. The 2013 report concluded that all national surveys on the topic estimate defensive gun use each year at from 500,000 to more than 3 million.

Additionally, the report found that, “Studies that directly assessed the effect of actual defensive uses of guns (i.e., incidents in which a gun was ‘used' by the crime victim in the sense of attacking or threatening an offender) have found consistently lower injury rates among gun-using crime victims compared with victims who used other self-protective strategies.”

The up-to-the-minute hyperventilation with which the news is reported today, it's easy to feel like America is in the end times. But contrary to popular opinion, the nation has been enjoying one of its safest eras since the early 1960s.

Despite some recent upticks, America's murder rate is substantially lower than it was 20 to 30 years ago and way down off its peak. Consider this. There were 5.3 murders per 100,000 people in 2016, which is an astounding 48-percent decline from its apex in 1980. Additionally, the murder rate began to decline in the early 1990s and has held stable since around 2000.


More Guns Than Ever 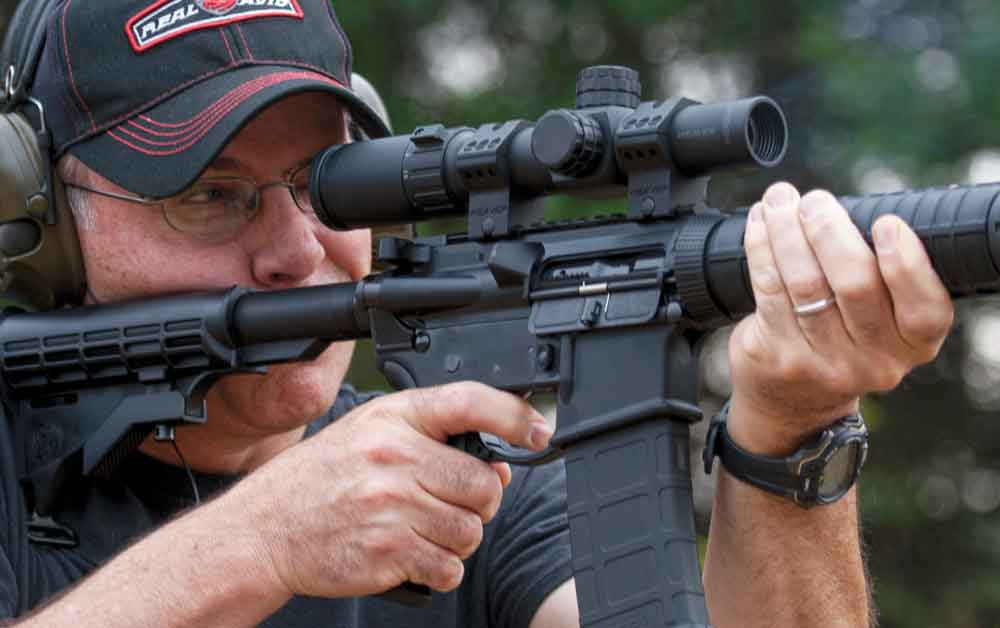 Walking hand-in-hand with the drop in the U.S. murder rate, not to mention overall violent crime, is another intriguing trend — the number of guns in the country. While a difficult number to gauge, by most estimates there are more than 300 million firearms in the nation. By Congressional Research Service's approximations, this is twice as many per capita as there were in 1968.

And Americans show no signs of slowing down in purchasing firearms. In 2017, FBI numbers show background checks for firearms purchases were triple what they were 15 years ago and firearms manufacturers continue to produce guns at record paces. Additionally, around 42-percent of the households in America have guns in them

For emphasis, these firearms statistics coincide with a precipitous drop in violent crime. This runs counter to the narrative more guns has equaled more crime.

There is a lot of hyperbole concerning mass shootings, and a lot of people are scratching their heads and wondering why mass shootings in schools keep happening. The favorite key banged in recent years is they are increasing … and many seem to believe that mass shootings are all the fault of the gun, namely the AR-15 “assault weapon.”

In 2015, a claim there was a mass shooting every day of that year floated around. The assertion was widely cited in the media, originating from a Reddit community, and was so ridiculous it was debunked in the pages of Mother Jones and the New York Times, of all places.

More recently, the breathless assertion is there have been 18 mass shootings since the beginning of 2018. This wildly misleading data point, originated by Everytown for Gun Safety, made its rounds in newspapers, television and politicians' mouths. Funnily enough, it was the Washington Post (no bastion of gun-rights advocates) that dismantled the claim.

What's the truth when it comes to these tragic events? According to James Alan Fox and Monica J. DeLateur, it's that there has been no increase. The criminologists from Northeastern University claim in a 2013 paper entitled: Mass Shootings in America: Moving Beyond Newtown the rate of mass shootings has been steady since 1976.

Furthermore, they've found few policies meant to address mass shootings that have done any good, including the 1994 federal ban on so-called “assault weapons.” Concerning this legislation they wrote, “[A] comparison of the incidence of mass shootings during the 10-year window when the assault weapon ban was in force against the time periods before implementation and after expiration shows that the legislation had virtually no effect, at least in terms of murder in an extreme form.”

Typically in the wake of a tragic shooting gun-banners and their pet politicians gaze wantingly at one of two places — the U.K. or Australia. In the past quarter-century, both countries have executed gun bans, mass governmental buybacks and extremely restrictive gun ownership laws. The media — both American and overseas — herald each as success stories, claiming there is lack of crime and murder in the United Kingdoms and Oz due to the laws.

However, there's plenty to dispute about the so-called triumphs. In an extensive investigation into gun deaths, statistician Leah Libresco came to the revelation, “Neither nation experienced drops in mass shootings or other gun related-crime that could be attributed to their buybacks and bans. Mass shootings were too rare in Australia for their absence after the buyback program to be clear evidence of progress. And in both Australia and Britain, the gun restrictions had an ambiguous effect on other gun-related crimes or deaths.”

If historical numbers are investigated, it becomes fairly clear Australia was already enjoying plummeting gun homicide rates before their restrictive gun laws were put in place and the legislation appears to have done little to augment this trajectory. In the UK's case, the country went through a rather pronounced spike in its homicide rate following its bans. And more recently crime is again on the march; England a Whales have seen an 18-percent surge in violent crime over the past 12 months, including a 20-percent spike in gun and knife crimes and 26-percent rise in the homicide rate.

Another point worth considering is the abysmal failure in the enforcement of these sweeping laws, particularly in Australia's case. By the Sporting Shooters' Association of Australia estimations, there was only a 19-percent compliance rate with the government buyback. This in a country with nothing close to a Second Amendment.

Furthermore, the country's local governments aren't keen on holding the letter of the 1997 legislation. A recent report found that no state or territory has fully complied with the provisions of the national firearms agreement.