Colt began reintroducing its iconic snake revolvers starting with the Cobra series in 2017. Since then, we’ve seen new-production versions of everything from King Cobras to Anacondas to Pythons, both as classic reproductions as well as new, reimagined concepts. One snake revolver we were yet to see reintroduced by Colt was the Diamondback, which was essentially a .22 LR Python that was made from the 60s through the 80s. While the Diamondback name hasn’t made a return, the concept has, and the new rimfire revolver has even more to offer. Named the Colt King Cobra Target .22 LR, when released it will feature a 10-shot cylinder and a choice between two barrel lengths. Lovingly being referred to as the “Baby Snake”, the new Colt King Cobra Target .22 LR follows the release of the .357 King Cobra Target in 2019. Despite being in the Cobra family which tends to feature vent-rib barrels less often than Colt’s other snake guns, the King Cobra Target .22 LR includes one anyway. This is perhaps another callback to its spiritual successor the Diamondback which featured one as well. Regardless, it provides a very iconic look. The Baby Snakes will feature an all-stainless-steel construction and a shiny, polished finish. Unfortunately, like the new Pythons, blued is not a finish option. 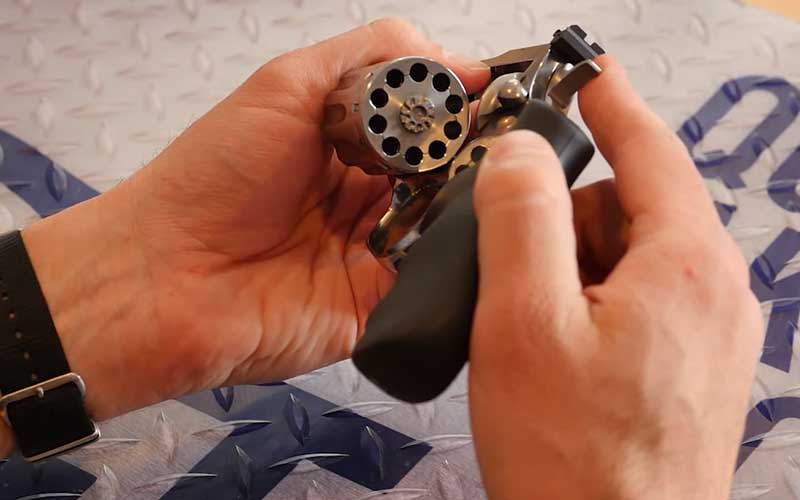 Besides its new 10-shot capacity, the Colt King Cobra Target .22 LR will feature an adjustable target rear sight, a fiber optic front sight and each gun will come with a set of Hogue rubber grips. It will be available with either a 4- or 6-inch barrel, both with a 1:16RH twist. The MSRP or release date is not yet known, but like Colt’s other snake guns, expect it to be expensive. Regardless, this new Baby Snake seems like it will be a nice new premium option for plinkers, competitors or hunters who want Colt-quality in a new-production rimfire revolver.