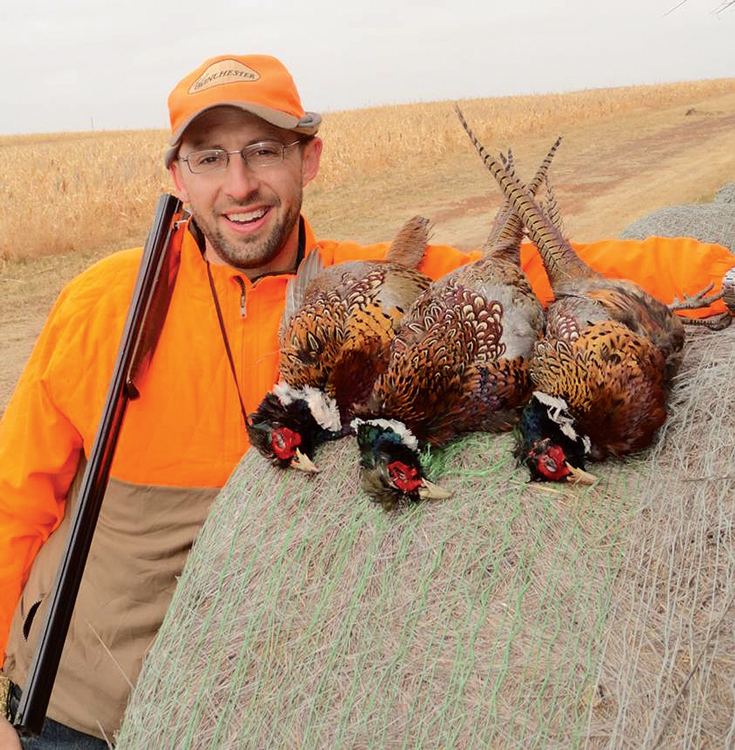 In 1999, Mike Stock — then a college student studying to become a mechanical engineer — got an internship at the Winchester Ammunition plant in East Alton, Ill., and he’s been a part of the Winchester family ever since. A life-long hunter and shooter, Stock, 34, is Centerfire Product Manager for the ammunition giant, doing what he calls his dream job. A native of Southern Illinois, Stock actually grew up just 40 miles from Winchester’s East Alton facility, where he works today. Once he graduated with a Master’s Degree in mechanical engineering from the University of Missouri-Rolla, Stock worked in the new product design department for Winchester Ammunition, and then did a stint selling ammunition to law enforcement agencies. For the last two years, he’s been Centerfire Product Manager.

What exactly does a Centerfire Product Manager do?
A product manager is really the conduit for information between the sales team and manufacturing. The sales guys are out selling and talking to retailers and customers, and we filter that back to manufacturing.

So your job is to help create new ammunition?
That’s the “glamour” part of the job, if there is a glamour part. We’re in charge of helping to create new products, what they’re going to be and what they’ll look like, and, once they are out, how to position them in the market. We’re also involved with issues like, “When do we switch over from making one type of ammunition to another?” Winchester Ammunition has over 600 different products, and we can’t make all of them at the same time. To go from one ammo to another, it’s not like you just grab some different brass and bullets, and go. You have to change over machines and the whole manufacturing process. It can be very complicated.

What’s the tough part of your job?
The best part is the tough part: coming up with new, cool products every year. There’s never a shortage of ideas. But taking those ideas and making them a reality? If you didn’t have to worry about money and costs and production times, you could make all sorts of new things all the time. But we don’t live in that world. It can be really stressful trying to make your ideas work out.

How long does it take to go from an idea for a new load to actually having it ready for consumers?
It really depends. Take the .17 Winchester Super Magnum (WSM), our new rimfire. When I started working for Winchester fulltime in 2003, we were talking about that round already. I did some early work loading prototype rimfire casings for the .17—and I wasn’t the first guy to do that! So the .17 WSM essentially has had a 10-year life cycle, and we just now announced it to the world in January. With our Razorback XT hog ammo we were able to react a lot faster and get it to market much quicker. With Razorback, we went from drawing board to store shelves in 12 months.

On a more personal note, how did you become interested in hunting and shooting?
My dad was a hunter. Dad was a businessman, too, and he worked a lot of hours. There were only two times a year he took off from work: for the family vacation in the summer and for deer hunting with his buddies in the fall. So I knew, from a very early age, that hunting was a really cool thing to do. And I’ve been doing it ever since.

What was your first gun?
It was a J.C Higgins Model 20 12 gauge, at a nifty 10.5 pounds! Actually, I still have it. I occasionally deer hunt with it, just for fun.

How important to you are hunting and shooting?
I’ve been hunting and shooting since I was a kid, and I know for fact that’s why I am in this industry today. I love my job. I get a kick out of it every day. As a guy who loves to hunt and shoot, it really is my dream come true to have this job and to work here.

And, for 2013, you expanded the Razorback line to include 12 gauge shotgun slugs and 00 Buckshot, plus .44 Remington Magnum handgun loads.
The early response was so positive on the Razorback, we knew we had to follow up on it and soon. Really, this quick response is a testament to the great people we have working here at Winchester Ammunition, people who recognized an opportunity and reacted so quickly. The manufacturing people here really outdid themselves with all the work they did on the new Razorback loads.

Why did Winchester develop and introduce your new Varmint X loads?
The number of predator hunters have doubled in the last decade. That’s a lot of new hunters and shooters. But I’ve stood in the ammo aisles at retailers myself, looked around and thought, “Wow! There’s a lot of different ammunition out there — which one should a guy use for varmints and predators?” So we built the Varmint X loads to answer that very question. They have polymer tips for maximum and fast expansion, and we made it all the right calibers—204 Ruger, 22-250 Rem, 223Rem, and 243Win—and made it very, very accurate.

Varmint and predator hunting also skews to a younger demographic, and we feel these younger hunters are very important to the industry and the future of hunting. So we wanted to give them a round made specifically for what they were doing.

This interview appeared in the April 22, 2013 issue of Gun Digest the Magazine. Cartridges of the World, A Complete and Illustrated Reference for Over 1,500 Cartridges